Rohit Sharma scored his 3rd T20I and led to chase 199 runs in Bristol.

It is first ever T20 International win for India on England soil Rohit Sharma stood up big, Virat and his men have won the T20I series 2-1. India had made two big changes to their playing XI, Kuldeep Yadav and Bhuvneshwar Kumar were dropped and Deepak Chachar and Siddharth Kaul made their International debuts. The visitors won the toss and opted bowl first, this decision didn’t go off that well as the Pacers struggled to make an early impact.

Siddharth Kaul got his first International wicket, he clean bowled Jos Buttler for 34 runs, this wicket slowed down the progress for England. Even though Jason Roy batted well for his 67 runs but he couldn’t carry on the innings as it was required.

Roy was out after he guided the score above the 100 run mark. Deepak Chachar took his maiden international wicket when he picked up Roy for 67 runs, Alex Hales who batted so well in the last match was again in action. But he didn’t get the support of his skipper Morgan.

After 4 overs, Eoin Morgan was out cheaply. His poor run in this series has hurt England. In the series decider, he scored only 6 runs. The 13th over was brilliant from Hardik Pandya. After the wicket of Morgan, Hardik Pandya picked up Alex Hales for 30 runs. The 2 wickets in 1 over hurt England. but still, they managed to score above 190 runs that were due to some late flourish by Johnny Bairstow.

Ben Stokes too didn’t do well in his comeback game, he was also dismissed early for just 14 runs and the lower order didn’t bat well, they were out in single digit scorers. It was Bairstow who played a little cameo of 25 runs which guided England to 198 runs at the end of their 20 overs, the Indian bowlers made a decent comeback, Hardik Pandya was the star for the visitors. He picked up 4 wickets and gave away only 38 runs in his 4 overs.

Deepak Chahar, Umesh Yadav picked up 1 wicket each with Siddharth Kaul picked up 2 wickets to his name. Chasing 199 runs to win the series, India batted well, Rohit Sharma hit his 3rd T20I hundred to guide India in this chase.

Shikhar Dhawan fell early, he scored only 5 runs and KL Rahul played well for his 19 runs, but it was the partnership between India’s captain and vice-captain which set the tone for an Indian win.

Rohit and Virat shared an 89 run stand which brought India closer to the victory, but Virat didn’t see India. Chris Jordan caught Virat Kohli on his own bowling, VK was out after scoring 43 runs. Then, it was Hardik Pandya who gave some finishing touches with the centurion Rohit Sharma was there at the other end.

Hardik scored 33 runs and Rohit Sharma was unbeaten on 100 runs to guide India their first ever T20I series win on England, England had a hard time with the ball, they failed to defend 199 runs only David Willey, Jake Ball and Chris Jordan picked 1 wicket each to their name.

India won the match by 7 wickets and won the series 2-1.

Rohit Sharma was the man of the match for his outstanding knock of unbeaten 100 runs. 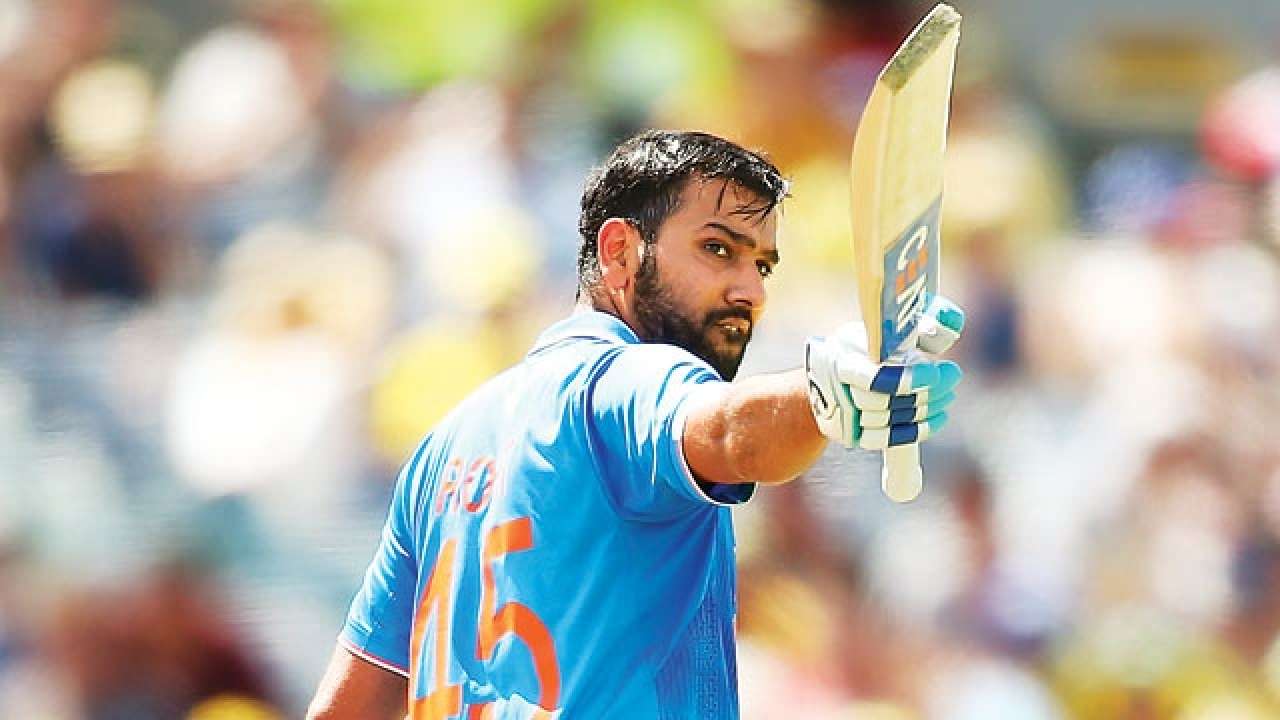