Let me start by saying there is no one associated with the NBA I respect more than Jerry West.  As a player, coach, GM, and then executive, no one has been more successful than Jerry West, but it is time for a change.  In 1969 when Alan Siegel submitted over 50 different designs for the NBA, he said they were all Jerry West. The NBA denies that the logo is West, saying it is a combination of different players.  That makes changing it even easier.

In the late 1960’s and early 70’s the interest in NBA basketball was less than minimal.  The attendance for the World Champion Boston Celtics was 7,500 fans per game. If you wanted to watch the NBA playoffs, you stayed up until 10:30 pm, and watched the game on tape delay with the amazing Brent Musburger announcing.  The NBA desperately needed a face, and Jerry West, a.k.a. Mr. Clutch, was the perfect look to start the NBA in the right direction. Then, came the early 1970’s and the most beautiful thing I have ever seen in sports, the sky hook by Lew Alcindor.

Later in life he became Kareem Abdul Jabbar. In the late 1970’s two Midwest kids came in and started the greatest mano a mano challenge sports has ever seen. They saved the NBA and raised the popularity to heights the NBA never imagined. Thank you Larry and Magic.

But in 1983, a player came along that transcended even Bird and Magic. He made commercials cool. He made Nike cool. Heck, he even made cartoon characters playing basketball cool. He was Michael Jordan, the greatest basketball player that ever lived. Michael is still mesmerizing a new generation of fans with his shoes every year.

I am a huge Bulls and Michael Jordan fan, so I cannot vote on who should be the new logo. So, let’s ask the old logo, Jerry West. Hmm…After about a one second pause, Jerry says, “Michael should be the logo.  He is the greatest basketball player I have ever seen.”

I do not want Michael to be the logo for the next 50 years, as Jerry West has been.  Change the logo every twenty years to the last generation’s most dominant player. The idea is to keep the NBA rising in popularity and growing its brand worldwide.  There is probably some unborn, 7-foot freak in Germany right now who will be doing 360 degree windmill dunks and shooting from 30 feet. He will be the logo in 2060.

Right now with information and technology changing faster than we can blink an eye, the NBA needs to get ahead of the curve and change with the times.  Every generation wants to celebrate their superstars. I tell the kids on Twitter all the time that they will be 50 and fighting with someone who says Lebron James played against plumbers.They will be able to point to the new 2040 logo and say with pride, “Then why is he the NBA logo?” 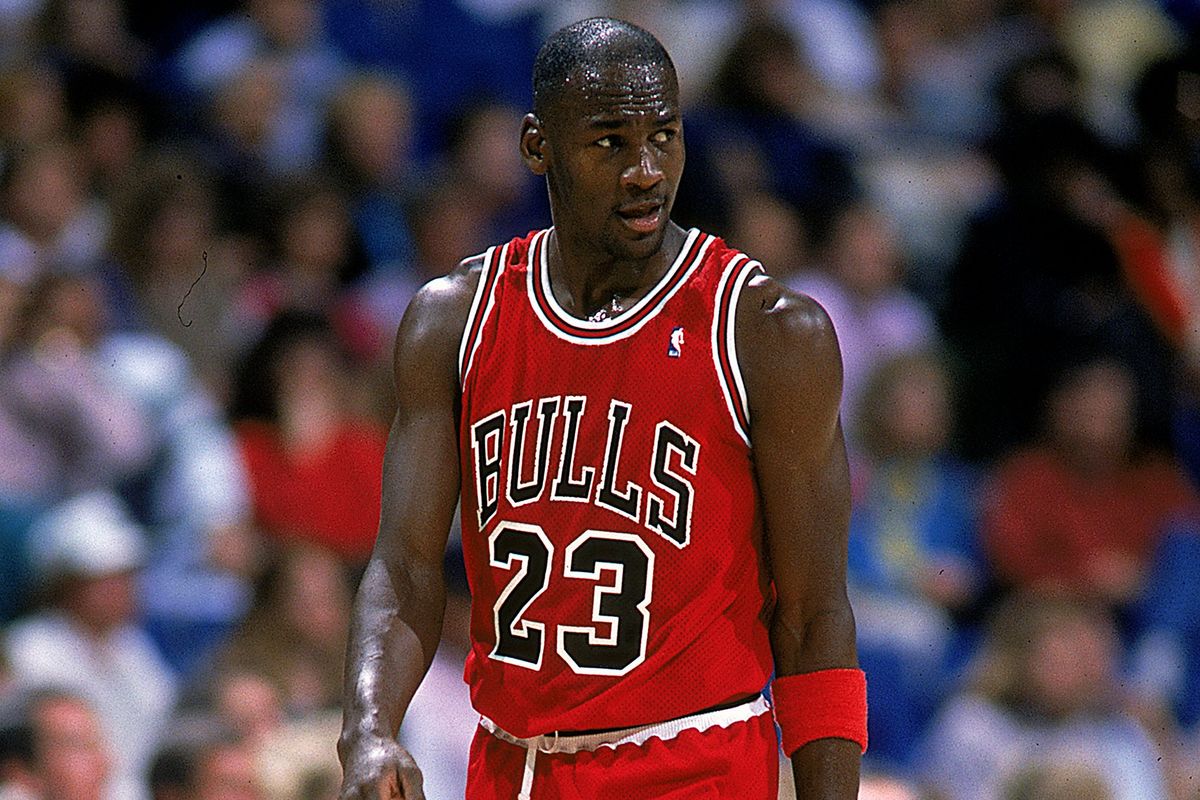