Aric Almirola cracked a 149-race winless streak and booked a spot into the third round of the NASCAR playoffs. taking full advantage of teammates running out of fuel and a push by Ricky Stenhouse Jr. joining Chase Elliott and most likely Kevin Harvick, who is 69 points above the cutoff line.

The caution period lasted for five laps before the two overtime laps, during which Busch also ran out of fuel and forfeited the lead to Almirola. Kurt Busch pretty much controlled the flow of the lead four, racking up 108 of the 189 laps, but it all went for not in the end.

With the second place finish,Bowyer moved up from outside the cutline to sixth in the playoff standings, he has a 21 point advantage on the highest non qualifier.

With all four SHR cars running as one all day, they never had to really worry about any serious pressure, from the rest of the field. At one point with a full second advantage on the entire field. However inevitably the big one happened with three laps to go.

Alex Bowman hit the wall to start the chain reaction that also got Byron and J.J. Yeley,bringing out the final caution. This was exactly what Kurt Busch and Kevin Harvick did not need,as they didn’t have the fuel to keep up.

As the field sped to the green flag, Harvick gave up his opportunity at a victory by pulling off the track in order to get enough fuel to finish off the race.Busch dropped back to 14th and Harvick ended up 28th  a very depressing end to a very dominate afternoon.

Ricky Stenhouse Jr. Denny Hamlin and Joey Logano rounded out the top 5. This is the seventh top 5 at Talledega for Ricky Stenhouse, winning their last season.

The playoff field will be shortened to eight drivers after next week’s race at Kansas Speedway. Going into the final race of round two, four drivers including Brad Keselowski, Ryan Blaney, Kyle Larson and Alex Bowman are on the outside looking in and need to make up some real ground in order to move forward. 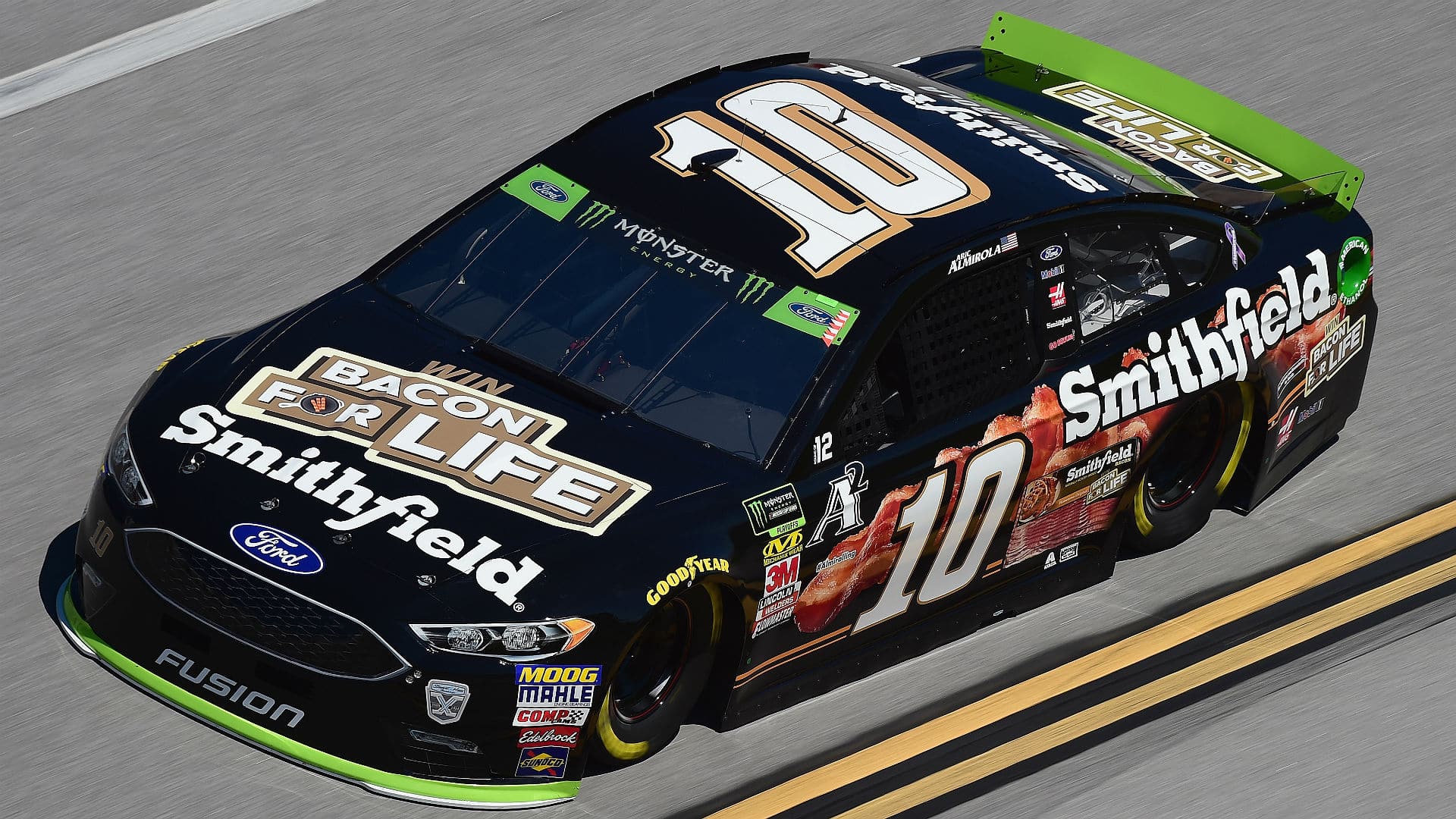