After seven years of Mercedes’ domination, the ghastly W13 halted the glory years of the silver arrows. A season of sacrifices, data collection and extravagant experiments paid off with George Russell’s maiden victory in the penultimate race. While the Mercedes staff back at Brackley are to thank for the improvements in the W13 by the season’s end, do we give enough credit to Lewis Hamilton?

Falling short of arguably one of the best race cars ever made, the W11, the Mercedes-AMG F1 2022 car was developed alongside the new FIA regulations to unveil a zero-pod concept that they initially believed to be as ground-breaking as the DAS system (Dual Axis Steering). DAS was revolutionary for its time, being so innovative that questions were raised about its legality. Developed in accordance with the FIA, DAS changes the alignment of the front wheels with a new mechanism allowing the drivers to pull and push on the wheel. It “could allow Mercedes to run more toe out in the corners, to increase tyre temperature, without suffering the drag penalties on the straights”, allowing for overall greater performance in the car.

Aspiring to create something as innovative as DAS, Mercedes took a huge risk with their zero-sidepod concept promising to improve airflow. However, with the new regulations and the dramatic shifts in the car design, Mercedes’ 2022 car suffered from extreme porpoising and being draggy among many other things in comparison to the swift Redbull and Ferrari. Throughout the season, we saw Mercedes struggle in an unusually slow car that was genuinely unfamiliar to both spectators and staff. The car was quite frankly offensive to the grippy beauty of the W11, leaving Mercedes with two retirements and race finishes in positions like 13th, 8th, and frequent 5th places. Uncharacteristically bad for Mercedes, but a dream for constructors like Williams, it felt like there was always some sort of a performance issue with this car. Suiting some tracks like Interlagos towards the end of the season, there was an eventual improvement in the car with George Russell taking his maiden victory with the W13.

The real question is, however, how did a car with early season finishes in 10th and 13th end the season securing a 1-2 race finish? Bringing upgrade packages and tweaks throughout the season, the W13 has hardly been the same car throughout the year. Upgrades including a new floor or engine were brought to enhance the car’s performance over time but could not have been done without the extensive testing and data-gathering that the Mercedes drivers did throughout the year. It was often the case that the Mercedes drivers were suffering throughout the experiments with some floor set-ups worsening the porpoising on the cars, thereby leading to dangerous conditions causing neck and head pain. Upgrades were brought in Spain that alleviated a lot of the prominent issues with the car and thankfully less porpoising.

In an interview with Russell after the season ended, GP Fans discussed the testing routine between Mercedes drivers. Russell shared that “whenever there was a development that came to the car, it would always be split evenly [between the Mercedes drivers]”. The developments were of course added to both cars, but Russell did confirm that Hamilton experimented with “more extravagant” setups throughout the year. An example of this is the Azerbaijan Grand Prix in June, where it was confirmed that Hamilton’s car was in a more extravagant setup experimenting with a different floor solution to Russell’s car. Russell finished ahead of Hamilton in this race and the three races prior, all races that included Hamilton utilising a more experimental setup.

While both Mercedes drivers tested and worked with the car throughout the season, Hamilton’s sacrifices should not be downplayed. James Vowles, Mercedes’ chief strategist shared in the season overview that “Lewis was using his wealth of experience to help us in order to improve the car and to really move us forward as a team”. With 15 years in Formula 1, Hamilton has an incredible amount of experience and knowledge having transitioned through different eras of the sport. Seeing the development of these cars first-hand over the last decade gives an insight that younger drivers don’t have. Paired with the 103 career wins and pole positions, 191 podiums, and the 7 championships, would it be fair to allow the new driver to take on the “extravagant” experiments?

Formula 1 drivers are incredibly in tune with their cars, often picking up issues that race control can’t gather from data; with Hamilton feeling what a seamless and flawless race car is, he would also feel the opposite. Not simply just collecting data and experimenting, Hamilton was able to provide first-hand input of what it felt like to drive and control the car – something that can’t exactly be quantified. Providing consistent data, results, and feedback, it can be argued that Hamilton truly transcended his role as a driver. Although he claims he does not particularly care about losing his win streak, it is instrumental to note what Hamilton has missed out on this season to aid and guide his team.

In the latest episode of Beyond the Grid, Tom Clarkson asked Toto Wolff in light of the 2022 season if he considers Hamilton part of the management team, to which Wolff replied: “I would say yes. Obviously, there’s his involvement in developing the car and his presence in the factory, but I think on the race weekends he’s become such a senior figure – maybe a little how Michael was back in the day, or I think a bit like Tom Brady in the football teams that you become more than just a player or driver, but you become emotionally part of the team”. Through utilising his experience and willingness to take on more experimental setups, Hamilton pioneered and aided the engineers and staff at Brackley in improving the car.

When comparing this to Michael Schumacher’s impact on the development of Ferrari, it is clear that drivers of this calibre are invaluable. Schumacher discussed his input in the development of the Ferrari Enzo by sharing “how the engine picks up, how driveable it is, what about brake performance, what about the handling performance…” – all knowledge gained from his career as a 7-time world champion. Neither Schumacher nor Hamilton are engineers, yet they have extremely impactful inputs into motorsport advancement simply due to their willingness to share their experience. Talking to Channel 4, Hamilton shared that “I want to be part of the development; I want to be a part of the team’s development this year more than ever”. Evident through his work this season, he truly did dedicate himself to his team. Striving to better the Mercedes and bring it back to glory, Hamilton sacrificed many podiums and perhaps even a win to experiment for his team.

An important factor of this discussion is tackling the often-skewed narrative that Russell outperformed the 7-time world champion Lewis Hamilton in his first season at Mercedes. While this is certainly an impressive feat, with comparisons being drawn to Hamilton’s first season with McLaren in 2007, there is much more to the debate than stats. Russell finished the 2022 season with a P4 in the drivers’ standings while Hamilton finished P6 behind Carlos Sainz. On the surface, it may appear similar to Hamilton’s rookie season finishing ahead of the two-time world champion Fernando Alonso but there is simply far more to it. Hamilton out-qualified Russell 13-9 throughout the season but Russell managed to finish ahead of Hamilton in the races for several reasons such as differing setups in the car, race strategies, porpoising, etc.

In Beyond the Grid, Toto Wolff explained that there is little practicality in comparing the two Mercedes drivers’ results from this season: “Lewis won the qualifying competition; George won the points competition – zero relevance – the car is not good enough to win regularly or challenge for championships and this is what matters”. While this car for Hamilton was undoubtedly a nightmare to drive, Russell on the other hand would have found the W13 leagues ahead of his Williams FW43 from 2021. Rather than allowing their rookie to take on the gritty tasks of experimenting more intensely with the setups, the task was appointed to Hamilton with his years of experience.

With all this in mind, how feasible is it to compare the standings between Mercedes drivers this season? Should we take a note from Toto Wolff and scrap this season’s results? Perhaps it is best to come away with an understanding of the drivers’ input in the development of the car; acknowledging the sacrifices made by Lewis Hamilton specifically to improve a car that he would not want in his collection. Let’s just all pray that the sacrifices have paid off, and the W14 will bring both Mercedes drivers a race-winning car that they worked for. 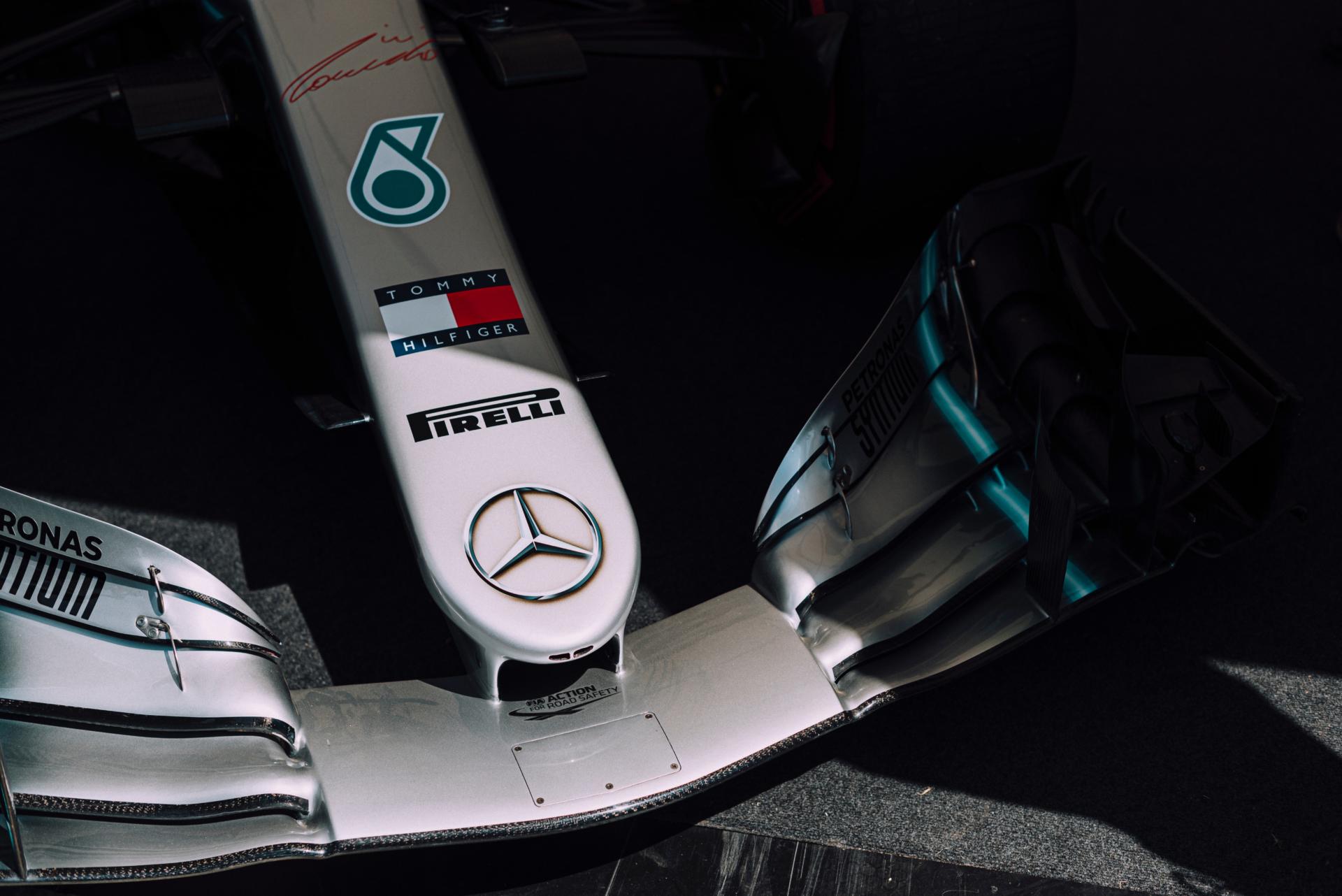