The Chairman of Salford Red Devils, Marwan Koukash, has protested the innocence of his club and vowed to clear its name following allegations by Marc Green, chairman of Bradford Bulls, that Salford breached the salary cap when they signed Tony Puletua from St Helens back in 2014.

Writing to the League Express Newspaper, Green claimed he was prevented from raising his concerns over the transfer at a meeting of the Rugby Football League Council last month, before following that up with calls for the sport’s governing body to fully investigate the deal between Salford and Saint Helens over transferring Puletua.

The New Zealand and Samoa start signed on a two-year deal for Salford only to be loaned out to Hull Kingston Rovers during the 2015 season. In June he sued Salford for around £50’000.

Marwan Koukash retaliated by launching a counter suit alongside another legal action against Kevin Locke, over what was described as Locke’s failure to deliver on his promise as the highest paid player in Superleague. Locke had resigned previously, citing unpaid wages as the cause.

These were not the only incidents Koukash was involved in during a torrid year for the Red Devils. Following a seventy points to six drubbing at the hands of Leeds Rhinos, Koukash was heavily criticised by Brian McDermott over the way he behaved in regards to Salford’s players. Two months later he compared asking Rhinos manager Gary Hetherington for advice to asking a prostitute for a hug.

The salary cap was introduced in its current live format back in 2007, with a salary cap manager appointed by the league investigating any suspected breaches.

If a club is found to have breached the salary cap it can be subjected to fines, as happened to St Helens in 2008, over what the club later described as a ‘calculation error’, or else find points deducted as happened to Wigan a year earlier. The four points they were penalised saw them fall from fourth to tenth in the table 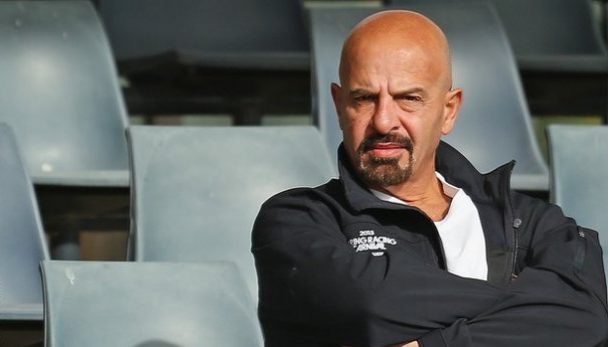