Andrew Salter took 7 wickets for Glamorgan in their draw against Durham on the final day of the opening round of County Championship matches.

Resuming on 405/5, the hosts added 70 to their overnight score before Jordan Cox (pictured below) would be caught by Matt Critchley off the bowling of Dan Lawrence for 129 with Nathan Gilchrist bowled by Critchley for 9. Matt Milnes would be caught by a substitute fielder off the same bowler for 67 before Matt Quinn was the final man out, caught by Sam Cook off the bowling of Lawrence, for 4 – Jackson Bird 53 not out off 46 balls while Joe Denly would not bat due to injury.

Nick Browne would be the only man out in the Essex second innings, caught by Cox off the bowling of Gilchrist for 9, as Alastair Cook and captain Tom Westley made 26 and 32 not out respectively.

Resuming on 326/6, the visitors added 15 to their overnight score before Ryan Higgins would be LBW to Ben Sanderson for 139 with Matt Taylor following a couple of overs later, caught behind by Lewis McManus off the same bowler for 3. Zafar Gohar was LBW to Nathan Buck for 53 before Naseem Shah would be the final man out, caught by Saif Zaib off the bowling of Sanderson, for 7 – Ajeet Dale finishing 1 not out.

Requiring a target of 299, Northants would lose captain Ricardo Vasconcelos as he was caught behind by James Bracey off the bowling of Taylor for 26 before Emilio Gay would fall to the same combination for 17. Ben Curran would be LBW to Gohar for 18 before Zaib would be caught by Miles Hammond off the bowling of Higgins for 65.

Resuming on 348/3, the visitors would add 3 to their overnight score before David Bedingham would be stumped by Chris Cooke off the bowling of Andrew Salter (pictured below) for 76 then Ned Eckersley would soon follow, caught by Kiran Carlson off the same bowler for 4. Paul Coughlin (caught by James Harris) and Ben Raine (caught by Sam Northeast) would follow for two-ball ducks with Liam Trevaskis caught by Cooke off the bowling of Harris for 2.

Salter would also take the final couple of wickets, first Matty Potts would be bowled for 2 then Chris Rushworth was caught by Michael Hogan for 5 as the Glamorgan spinner would finish with figures of 7/45 – new England opener Alex Lees would carry his bat on the way to an unbeaten 182 as Durham would collapse to 383 all out.

Glamorgan would lose captain David Lloyd to the fifth ball of the innings without scoring as he was bowled by Rushworth before Salter would be caught by Scott Borthwick off the same bowler for 10. Northeast would be LBW to Coughlin for 5 before Colin Ingram would be bowled by Raine for 19.

ALSO READ:  England: Top 5 Issues With The Test Side

The visitors would declare before the start of the day’s play on 234/5 meaning that Leicestershire would require 370 to win.

Harry Swindells would be bowled by Baker without scoring before Ben Mike would be caught by Pollock off the bowling of Pennington for 9. Ed Barnes would be LBW to Baker for 15 before Callum Parkinson would be caught by Cox off the bowling of Azhar Ali for 14. Chris Wright would be the final man out, LBW to Pennington, for 15 with opener Hassan Azad (104, pictured below) and Beuran Hendricks (16) not out as Leicestershire held on for a draw.

Resuming on 201/3, the hosts would move to 209 before Robbie White would be caught by Luis Reece off the bowling of Sean Conners for 81 before Max Holden would be LBW to the same bowler for 82 – John Simpson and Toby Roland-Jones finishing 23 and 17 not out as Middlesex would declare on 258/5.

Luis Reece would be the final man out, caught by Simpson to give Helm his third wicket of the day for 2 with Leus du Plooy and Anuj Dal finishing 23 and 24 not out.

Tom Clark would be caught by Steven Mullaney off the bowling of Liam Patterson-White for 26 before Delray Rawlins would be bowled by James for 9. Archie Lenham would be the eighth man out, LBW to Patterson-White for 18 before Henry Crocombe would fall the same way for 11 – Steven Finn finishing 4 not out with batsman Danial Ibrahim not batting due to injury.

Requiring 14 to win, Notts knocked them off in 13 balls with Slater and Haseeb Hameed finishing 2 and 12 not out respectively.

Fixtures – all start on Thursday at 11 am 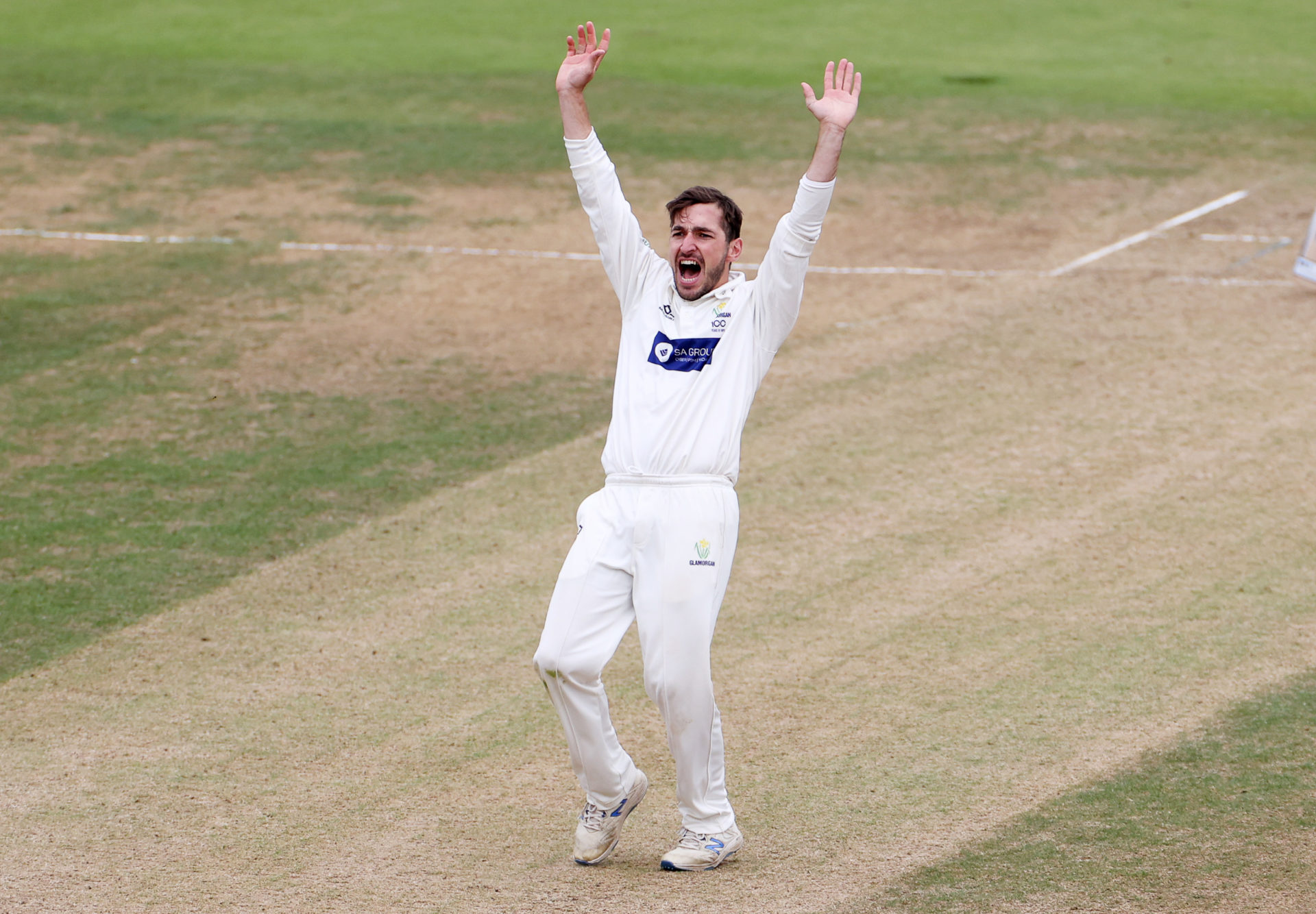