It is widely reported that Manchester United have agreed personal terms with Jadon Sancho on a five year contract. Discussions are well into the advanced stages with Borussia Dortmund (his parent club), regarding the structure of the transfer fee.

Dortmund aren’t willing to sell hot-shot Sancho, for no less than his 120 million Euros (£108m) price tag. However, they are open to accepting less money up front for the England international.

The Bundesliga giants would prefer an initial £90m payment up front, to fund a replacement for the attacker; although it would be unlikely they’d spend that sort of money on a new signing. This explains why they are softening their stance on Sancho’s initial up front payment.

This was a similar negotiation method Dortmund used when they sold Ousmane Dembele to Barcelona in August 2017.

Dortmund put a 140m Euro price tag on the French winger, but opted for a 105m euro fee plus add-ons.

Despite the deal looking more than likely to go ahead, United do have a back up plan in place, should the deal for Sancho fall through. The Red Devils have highlighted a potential loan deal for Bayern Munich winger Kingsley Coman.

It is widely reported that all parties are confident a deal can be reached for Jadon Sancho and his move to Manchester United. Personal terms are almost agreed, as lets face it, United will never have problems paying what Sancho is asking for. The only factor they now face is what Dortmund are asking for. The Bundesliga side have every right to squeeze as much out of United as possible. It’s reported they’re asking for £108m.

United are reluctant to spend that sort of money on Sancho (I don’t think any club would be in all honesty), seeing as they’re the only club showing huge interest in signing the winger; they feel they shouldn’t be paying over the odds for him. It seems that Dortmund aren’t budging on the price tag.

Man United already have exciting options up front, however, if you add Sancho to the mix, they’d be a force to be reckoned with. Sancho would definitely get United fans excited; taking on players down the wings, whipping in crosses and even grab a few goals along the way. These are some of the things Sancho is more than capable of.

Man United are playing down the intensity of the deal; stating they are still in talks. Nonetheless, it’s still a bit unclear how both sides will get the best deal. United just need to put their cards on the table and go for broke.

Sancho is an undoubtedly quick, direct and intelligent player. Personally, I’m a huge fan of Sancho, he looks so calm on the ball, especially when he gets into the final third; nothing seems to bother him. A lot of skillful and fast players like Sancho usually falter with their end product. Not for Sancho.

If Man United adopt a counter-attacking style of play, this would definitely favour Sancho, as Dortmund tend to use that tactic and causes many teams problems.

The transfer window is now open; rumours of potential moves are hotting up more than ever. A-list players are in demand with likes of Pierre Emerick-Aubamayeng and Gareth Bale. Stand by everyone! Things could get interesting over the next few weeks. 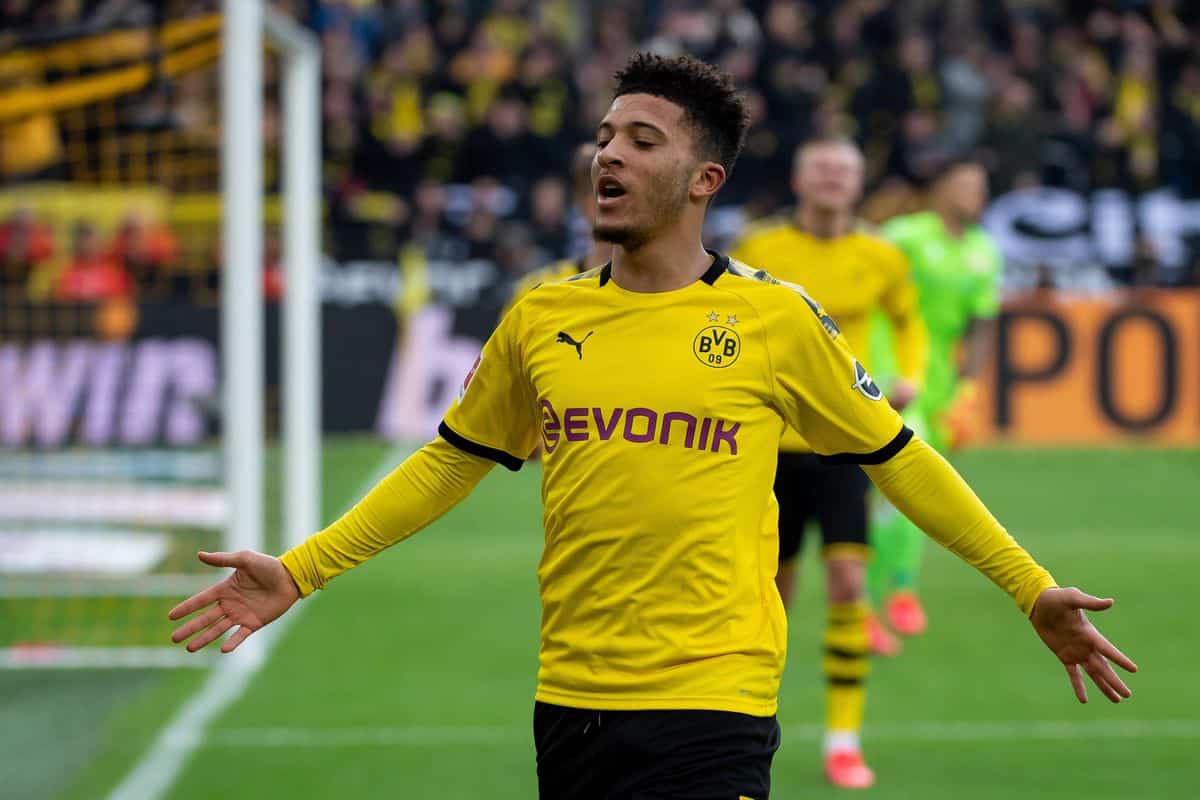