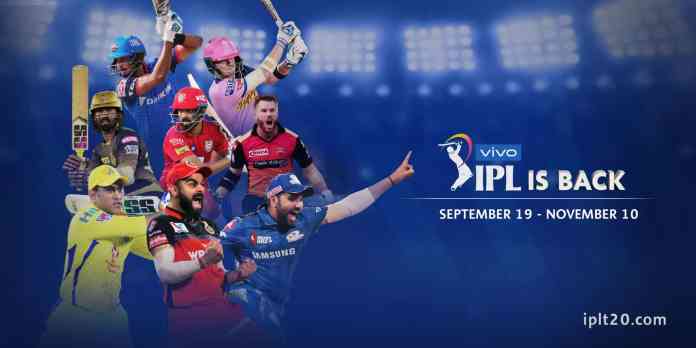 Pandemic has made everything different and difficult. From grocery market to stadiums every single thing is now under restriction and guidelines. As a fanatic cricket fan, I was depressed when series were cancelled one after another. The site I used to play fantasy cricket, gave me a full refund after got cancelled. It was pathetic. IPL was cancelled and later rescheduled. As of current negotiation, IPL is to be held in September. The schedule can cause some problems, let’s see them.

IPL is the biggest T20 cricket championship in the world. It has even surpassed Big Bash League in terms of its popularity. IPL is normally scheduled in April, but this year everything has changed. BCCI had made the decision to place the IPL tournament in United Arab Emirates. The first bug is the venue itself. Arab is literally a hot country like other middle east regions. IPL has been played there in 2014. The hot, humid climate is a game changer. Many foreign players play IPL; for example English players can face difficulty while fielding for one and a half hours. IPL is played in India in August – May, which is the beginning of summer. Though this year IPL is going to take place in September, the climate in desert country will always be a bug. Players can get tired easily. Opening bowlers, who are likely to bowl two or three overs in a spell, will be exhausted to field.

Though England is playing with West Indies, and Ireland, most of the countries like India, Sri Lanka, South Africa, Australia are reluctant to continue cricket matches amid pandemic. This is a right decision for the safety of people. The long absence from the ground can affect players both physically and mentally. If you consider star players from underdog countries like Rashid Khan, or Shakib-Al-Hasaan, their performance is most likely to be affected. IPL is a difficult tournament; you can not trust on one player. A good performance can boost the player’s sponsors, recognition, fame, and obviously chances. To succeed in the IPL, practice and training must be regular. I was watching an interview of Virat Kohli, and he mentioned unequivocally that practice makes one professional. It is the mantra of every cricketer. The discontinuity of the game will affect some star players’ performances.

Last bug I want to point is post-Covid hullabaloo. The economy of India is shattered. A big question persists, will IPL 2020 be the same as IPL 2019? The luxurious environment and glamorous settings will not be there. The stadiums may not be filled during the middle of the IPL tournament. Transportation will also face a massive traffic. Cognitive psychologists are saying that viewers will increase in quantity, but the quality of the tournament can lead to indifference. Online fantasy games portals are also going to face difficulty because many fans are not going to place their bets after an economic crisis.

Last year we watched some best moments in the history of IPL. Do you remember Santner’s winning stroke against Rajasthan Royals? ( if you don’t, nothing to worry click the link to watch – https://www.iplt20.com/video/167902/m25-rr-vs-csk-mitchell-santner-six) This year we only can hope that we will enjoy 2020 season of IPL like nothing has happened nowhere.

Russian Grand Prix can be a boring race so let's hope this race gets off to a great start. The only memory I have of the Russian GP is Valtteri Bottas letting Lewis Hamilton win. Last race at Mugello was an exciting race. With two red flags and one horrible crash. And Ferrari 1000 celebration wasn't the best either, but that might be because of the strict rules now during COVID 19. So I am happy...
Read more
Boxing

If you sat down with a group of boxing fans under the age of say, 50, and began to talk about whether Benny Leonard really is a Top-10 all-time fighter, you'd probably have a cacophony of voices barking at you about how great "Sugar" Ray really was. Tell them you were talking about Benny Leonard though, and you might hear a lot of "Who's that?" from the same group. But Benny Leonard most definitely belongs...
Read more
Rugby

The Green Light: The Rugby Championship 2020

In what has been a challenging year for many rugby fans and mainly the players, the Southern Hemisphere's Rugby Championship 2020 tournament has just been confirmed for the back end of the season. The Rugby Championship tournament - previously known as the Tri-Nations - was inaugurated in 1996 with the three rugby-rich countries; Australia, New Zealand and South Africa, all contesting for the converted trophy. In 2012, the tournament expanded to add the South...
Read more
Cricket

Efficient CSK get the job done again Before the tournament began, the Chennai Super Kings were touted to struggle by everybody analysing the game. But, on the opening day, post the opening powerplay overs, MS Dhoni proved once again why the IPL betting odds are always in their favor. From a position where they could have chased a tall score, CSK restricted MI to a chaseable total and then led by solid innings from...
Read more
Cricket

KL Rahul struck the highest score by an Indian in Indian Premier League as Kings XI Punjab beat Virat Kohli-led Royal Challengers Bangalore by 97 runs. Rahul, who scored 132 not out, also achieved the highest individual score by a captain and the best for a Kings XI Punjab player with a generous Royal Challengers Bangalore bearing the brunt of his assault, offering little in the form of resistance. After being invited to bat first, KXIP...
Read more
Football

The Torchbearers Of Modern Football

We are standing at the end of an era that was tinted with brightness and glam. Two of the greatest sportsmen ever to grace the surface of earth are at the twilight of their careers. They are aliens, some say. Some say they are superheroes in shorts. Two names at the heart of the footballing world, for the best part of two decades. The torchbearers of modern day football. The pace-setters of the business...
Read more
Golf

Golf is one of the most popular sports among wealthy and upper middle class men. While some play golf competitively, others play golf as a hobby and for networking with others. The performance of the golfer depends to some extent on the golfing gear and equipment which he is using. Usually golfers are wearing special golf shoes, which are designed so that the golfer can play his shots comfortably, without slipping. Hence many of...
Read more
US Sports

Russell Wilson, 0 MVPs, 0 MVP votes, 0 respect. He is one of the best quarterbacks I've ever seen, and he is showing himself to be the MVP so far this year. Russell Wilson at every stage of his career has consistently been elite and has carried the Seahawks into relevancy. He is underrated, has been elite, and has been one of the best QBs in the world since he's gotten here. How is it that...
Read more
Rugby

In what has been an extremely long-awaited return for the game, South Africa will host their very first rugby game: Super Fan Saturday, since the sport was postponed back in March 2020. While this year may have been challenging times for the majority of the world, a doubleheader action-packed Saturday will bring something to look forward to locally. and keep every South African rugby fan at the edge of their seats. One of the nation's...
Read more
Football

This weekend's results conclude the heavily disrupted Australian Football League regular season, turning attention towards the Finals series in October. Across 18 rounds spanning six weeks, the race for the coveted Premiership trophy has been whittled down from 18 clubs to just eight. All that separates them from the 2020 flag now is four weeks of playoff matches that will culminate in the Grand Final. Port Adelaide secured the minor premiership by defeating Collingwood in the...
Load more

In what has been an extremely long-awaited return for the game, South Africa will host their very first rugby game: Super Fan Saturday, since...
Read more
US Sports

The Green Light: The Rugby Championship 2020

Do NOT follow this link or you will be banned from the site! wpDiscuz
0
0
Would love your thoughts, please comment.x
()
x
| Reply