*Former grocery salesman who conducted his early team business from a phone box leaves an indelible mark on the sport.

Left Quadriplegic as a result of car crash

The world of Motorsport is in mourning today with the sad news that the Doyen of F1, Sir Frank Williams, has passed away peacefully at the age of 91

Sir Frank Williams was the literal and figurative driving force behind the birth of the eponymous Williams team which came to full prominence in the 1990s. His visionary influence revolutionised Formula 1 not only by introducing higher-powered engines in partnership with Renault but was also at the forefront of pioneering approaches in driving technologies such as active suspensions and onboard computers, as well as pit lane and driver management.

The results of these advances in innovative technologies and the investment in world-class engineering paid immediate dividends by giving overwhelming advantages to his drivers, who responded by crushing opposition in triumphant displays of speed and power.

His rise to the top of F1 motorsport coincided with that of his British driver, Nigel Mansell, and together with Alain Prost, Damon Hill, and Jacques Villeneuve the Williams team dominated the sport in a golden period in the 1980s and 1990s winning seven World drivers and nine constructor car championships between 1980 and 1997 and saw them lay claim to a staggering total of 114 Grand Prix victories.

Left quadriplegic after a car crash in 1986 in which he was taking his driver Nelson Piquet to an airport, his subsequent wheelchair-bound recovery did not dent his devotion to the sport he loved, lived, and breathed, which remained unbowed. His refusal to give in or be defined by his disability was a remarkable testament to his character, as he continued to oversee some of the Williams team’s greatest and most inspirational achievements in the sport with a passionate and ruthless determination.

In May 1994, following the death of Ayrton Senna in the Williams FW16 at Imola, Williams was charged with manslaughter in Italy. It would be several years and many court cases later before he was finally acquitted. But Senna’s death would never leave him. Every chassis William’s built since the Brazilian legend’s death has carried the inclusion of a small Senna logo as a tribute to the driver.

Jacques Villeneuve’s triumph in 1997 was as good as it got for the Williams team and their era of invincibility passed. The team began a period of decline after such unparalleled success, and in 2012 after more than 50 years in the sport that was his life, Sir Frank Williams decided it was time to hand over the reins, first to his daughter, Claire, before finally selling the family concern to investment capitalists Dorilton, under whose leadership he remained the team’s figurehead and principal.

The world of motorsport took to social media in force today to pay their respects to one of F1’s greatest icons in an overwhelming display of affection and admiration, including Lewis Hamilton who, in an emotional tribute spoke of a legacy that will ‘live forever’. Formula 1’s official twitter page said, to know him was ‘an inspiration and a privilege.’

The chequered flag may have come down for the final time on the life and career of Sir Frank Williams, but his legacy and influence on the success of F1 will cast a giant shadow for decades to come. 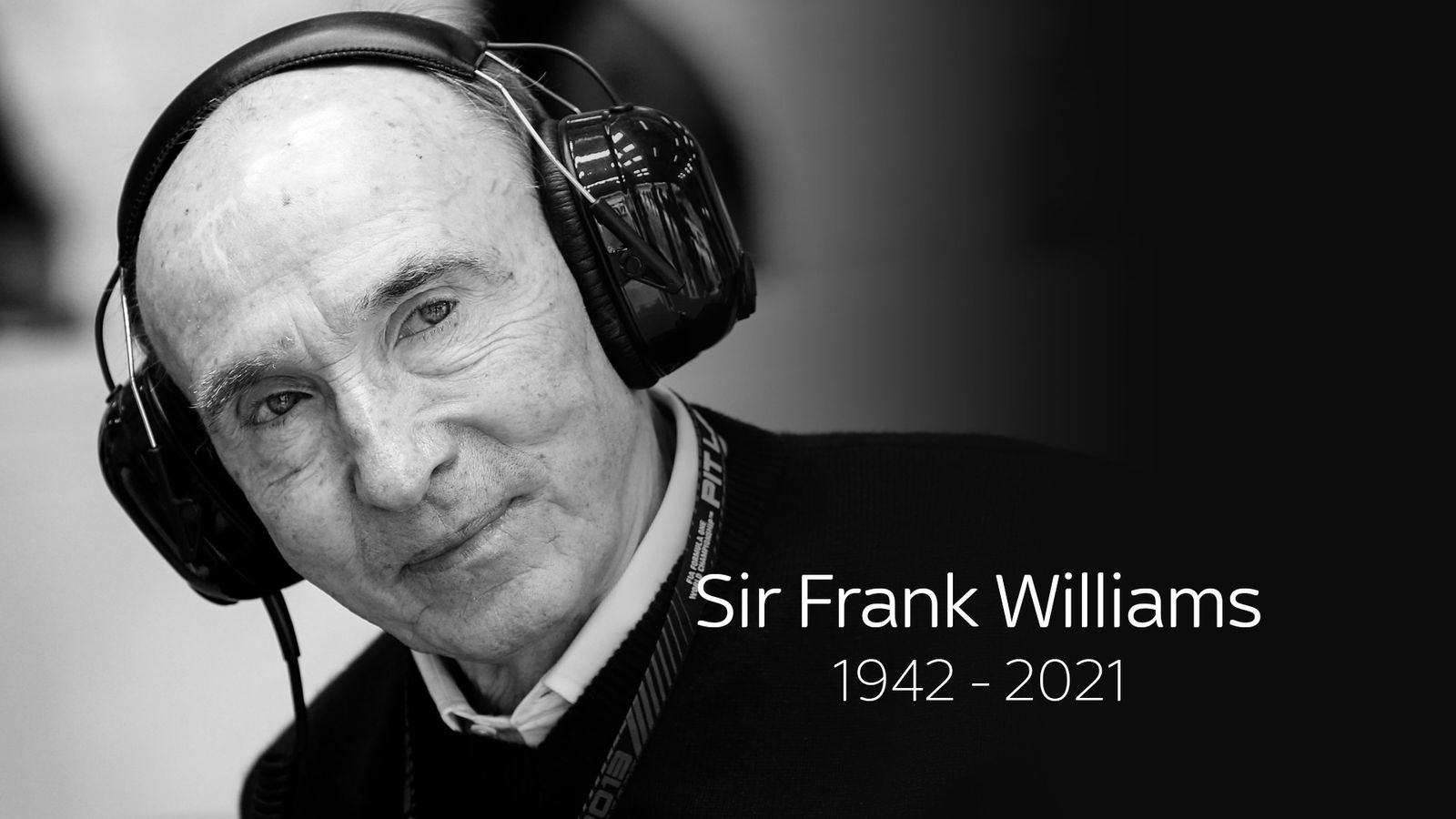