Throughout the history of English football, we have seen many great youth Academies building the foundations of success for the first-team squads. From Manchester United bringing through ‘the class of 92’ at Carrington through to Liverpool bringing through the likes of Steven Gerrard, Robbie Fowler and Micheal Owen at their former Academy ground at Melwood. But recently there has been a new emerging academy in English Football producing some top quality young players. Chelsea’s Academy at Cobham.

Since Roman Abramovich took over the West London club back in 2003, Chelsea has been one of Europe’s leading clubs. With 5 Premier League titles and 2 Champions Leagues, as well as successes in the FA Cup, League Cup and the Europa League, Chelsea has really produced a dynasty over the last 15 years. Despite all this success, Chelsea’s Academy graduates have found it very difficult to break into the first team on a regular basis.

After Abramovich bought the club for £140 million, he has gone on to spend over £2 billion in transfer fees since his arrival. These include the likes of Didier Drogba and Michael Essien and in more recent times Romelu Lukaku and Kai Havertz. The acquisitions of so many players bought from other clubs have meant there has been little opportunity for Chelsea’s Academy graduates to grow into a first-team role.

As well as this, Chelsea has had a merry go of managers since Mr Abramovich has owned the West London based club. Since 2003, Chelsea has had a total of 14 managers at the club in that time, allowing little room for new managers to feel their way into the hot seat at the Bridge. This has often meant that Chelsea managers have looked for short-term success rather than building a sustainable team for the long-term in the fear of their job. Unfortunately, this has been to the detriment of Chelsea’s Academy players who have found it virtually impossible to break into the first team.

So why now is Chelsea’s Academy finally getting recognition in English football?

Why are Chelsea’s Academy players finally breaking into the first team?

In February 2019, it was announced that Chelsea was to receive a transfer ban which was to last up to two transfer windows. This meant that Chelsea had to rely on a different strategy in order to build a successful squad. With a new and inexperienced manager Frank Lampard taking over the helm in-between the transfer window, Chelsea decided to finally give a chance to their academy graduates in order to see if they could be successful.

The transfer ban reduced the pressure on the season expectations of Chelsea with many pundits predicting them to finish outside the top four with some even going so far as to say they’d finish outside of any European Qualification places in the 2019/20 season.

This meant Frank Lampard gave first-team debuts to the likes of Mason Mount, Recce James, Fikayo Tomori and Billy Gilmour that season. Whilst it seemed a mistake at the time to bring in so many youngsters all at once, especially when Manchester United thrashed Chelsea 4-0 in the first game of the season, the perseverance to play Chelsea’s Academy graduates paid off as they exceeded expectations by finishing in the top four and getting to an FA Cup final.

Fast forward to the present day, Chelsea is now the holder of the Champions League and top of the Premier League. A lot of Chelsea recent success has been down to the Chelsea Academy graduates being embedded into the first team in previous years with the likes of Callum Hudson-Odoi, Mason Mount, Nathaniel Chalobah and Reece James really thriving in a Chelsea shirt.

ALSO READ:  Ralf Rangnick – The ‘Godfather of German Coaching’ to take the reigns at Manchester United

How are Chelsea’s Academy producing so many players?

Chelsea’s model of splashing hundreds of millions of pounds on new players every window was never going to be a sustainable model, especially with the introduction of Financial Fair Play (FFP) in 2009. So they decided to reinvent their Academy, acquiring a new team of coaches, scouts and medical staff in order to take care of recruiting new young players, spending over £100 million in order to do so.

The process started by purchasing young players for a low fee, which is then followed up with an initial assessment in which the coaching staff decide whether the player should be placed in the reserves or put on the loan list to develop them at clubs in weaker divisions. Often players could end up at affiliate clubs in which Chelsea’s Academy have built up good links, for example, Mason Mount ended up at Vitesse Arnhem, which happens to be a club owned by a good friend of Roman Abramovich.

The coaches would then visit these players at their loaned clubs to see if they are developing in the way in which they would like. The coaches would then have the option to terminate or continue the loan until the agreed end date. After this Chelsea would have the option to either introduce them to the first team, loan them to a club in a more competitive league, e.g. Seria A, or sell them on for a profit from when they bought them.

The first set of Chelsea’s Academy graduates under this new model looked to be a promising set of young players with the likes of Josh McEachran, Patrick Van Aanholt and Ryan Bertrand emerging as potential first-team players. Despite this Chelsea’s first team was particularly strong at the time with the likes of Frank Lampard, John Terry, Ashley Cole and Drogba very much the spine of the first team at the time, with then-manager Carlo Ancelotti reluctant to give the youth any opportunity.

Despite this setback for Chelsea’s Academy, it did not stop them from producing great young players to play for the first team as today, we see many of Chelsea’s Academy graduates continuously being first-team starters in the current Chelsea team.

As well as success for the first team, this method has also led to successful reserves and youth teams as Chelsea have won 7 FA Youth cups and 2 Premier Academy leagues since 2010.

If these Academy players can’t break into the first team, they have often found opportunities at other top-flight clubs with the likes of Tino Livramento, Tariq Lamptey and Conor Gallagher (whose currently on loan at Crystal Place) becoming key members of their sides.

What does the future hold for Chelsea’s Academy?

Even though Chelsea have produced some fine Academy graduates over the past decade, there is still a long way to go until it is considered the best Academy in England. However, in years to come, the model currently in place will help establish Chelsea as having one of the most successful Academies in the modern English era. 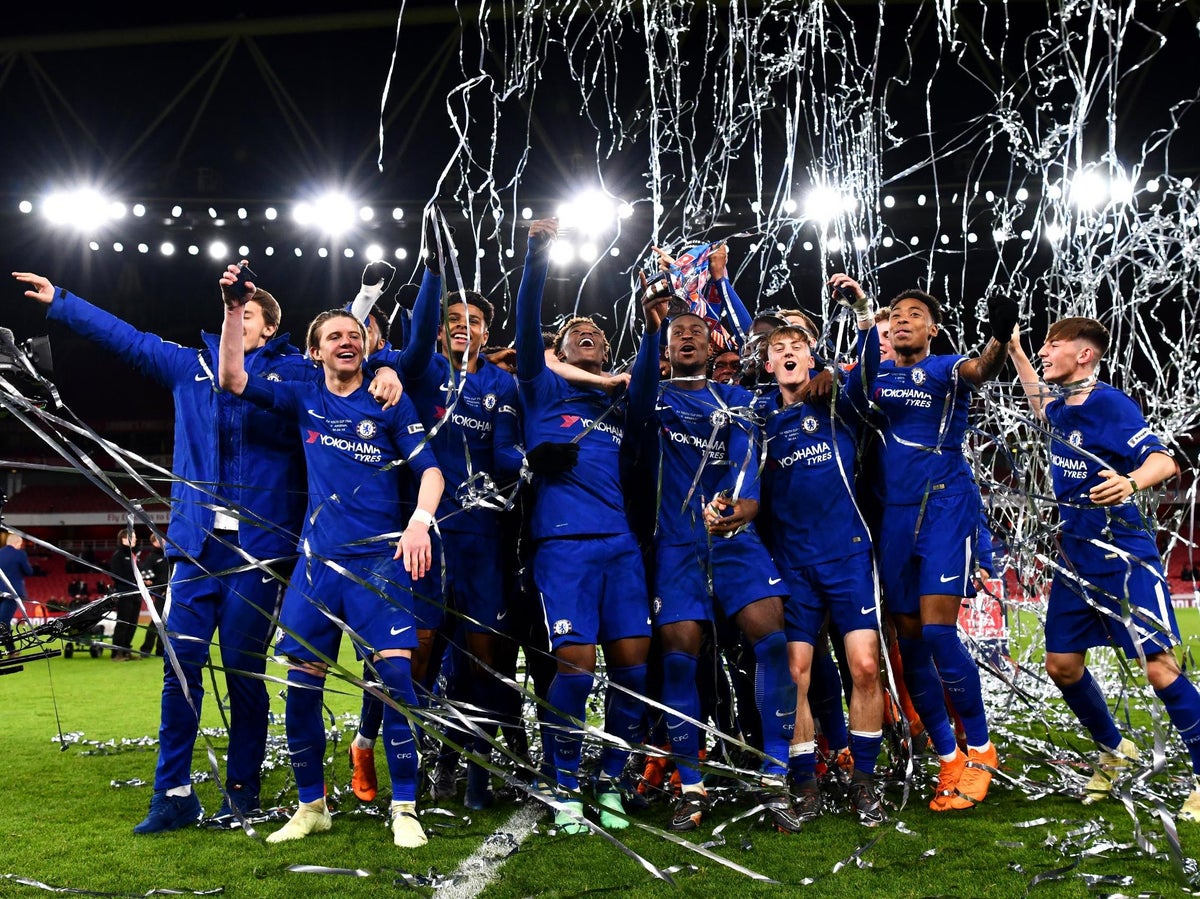