Sonny Liston aka The Big Bear

During its heyday, Carthage was one of the most important empires in the Mediterranean world. Not only was it economically powerful and heavily involved in trade, but its military prowess was the stuff of legend.

The renowned general Hannibal Barca hailed from the Carthaginian Empire. Unfortunately, most high school students will remember Carthage for losing the Punic Wars and eventually being absorbed into the Roman Empire. “To the victor go the spoils… “

Such is the tale of the great Sonny Liston. While he should be remembered as a colossal figure in the sport of boxing, his story has been reduced to a subplot.

His 1964 loss to Cassius Clay, who would go on to become Muhammad Ali, is what he is primarily known for. His importance in boxing lore has been reduced to the champion who unexpectedly lost his belt to a brash 22-year-old who knew how to use the media to his advantage in earning a title shot most did not feel he deserved.

Sonny Liston was the overwhelming favorite that night in Miami; when he lost the fight, he seemingly lost his place among the greatest heavyweights of all time.

The truth is, Cassius Clay was three inches taller than Liston and at least nine years younger. Liston was born at a time when the birth records of Blacks in the Southeast United States were sketchy at best. He was also competing in an era when lying about one’s age to get an opportunity was commonplace in sports.

It is rumored that baseball player Satchel Paige was much older than fans were being told. After being kept out of the Major Leagues during the prime of his career, he would never get a shot at mainstream success if managers knew how old he really was. It’s very possible that Liston was more than a decade older than his most famous opponent.

The point is, Liston was only favored against “The Louisville Lip” because of his reputation. An unbiased observer looking at the tale of the tape would rightfully expect Clay to win that night.

When Liston was a child, his family moved to St. Louis so his father could find factory work. He was not a good student and was generally disinterested in school. He began running around the city with a group of young men committing robberies. The men were caught in 1950, and Liston was sentenced to five years in prison.

Prison may have turned out to be the best thing that ever happened to him. It was here that a prison chaplain met Liston and recommended that he begin boxing. Several workouts were arranged and he was impressive enough that it was recommended he receive parole.

Of course, no one was interested in his development as a person or whether or not he’d turned away from his life of crime. There was a consensus that Liston possessed the raw talent to become a prizefighter. Under the right tutelage, everyone could get a piece of the pie.

Life as a Boxer

Sonny Liston only served two years of his five-year sentence for burglary and armed robbery. He was released from prison in 1952 and became an amateur boxer for a year. During that time, he captured the heavyweight Golden Gloves Championship in Chicago.

The sport of boxing is similar to almost any other profession in that it is a meritocracy in name only. For decades, boxing had been blessed with handsome charismatic figures with compelling storylines. Men like Sugar Ray Robinson and Rocky Marciano had the looks of Hollywood’s leading men. Fighters like Jack Dempsey and James J. Braddock had personal stories interesting enough to become the subject of Hollywood scripts. And then there was Liston…

Most fans did not want to root for a man they were afraid to have over for dinner. Not only did Liston have a criminal past, but he was also seen as intimidating by the mainstream media.

For these reasons, he could not get the same legitimate financial backing of most fighters of his day. Rich businessmen have always loved getting their hands on a prizefighter. Before Bob Baffert routinely had the best horse at the Kentucky Derby, wealthy men from various industries bragged about having a financial stake in the best boxers in the world.

In the 1950s, St. Louis and Chicago were major hubs for organized crime rivaled only by New York City and Las Vegas. Having been sent to prison in St. Louis and having won the Golden Gloves in Chicago, these two cities held the biggest claims to Liston.

Thus, it was the racketeering underworld from these two notorious crime centers who decided to give Liston the financial backing he would need to be a prizefighter. In exchange for their support, Liston was employed as an intimidator and sometimes an actual enforcer when a would-be business partner failed to comprehend that a recommendation was a suggestion in name only.

Life as a Champion

While the story could very well be a fabrication, it does illustrate an important point. No one thought Patterson could beat Liston. It was assumed that if they climbed into the ring together, Liston would emerge victoriously.

Due to Liston’s reputation and undeniable connection to organized crime, this was to be avoided at all costs.

Liston had actually been named the number one contender in the world in 1960 by Ring Magazine in the United States and Boxing News in the United Kingdom. Eventually, Patterson tired of dodging the best heavyweight in the world. His avoidance of Liston had become so obvious that members of the media were now openly questioning Patterson’s courage.

On September 25th, 1962, The Big Bear finally climbed into the ring with Floyd Patterson at Comiskey Park in Chicago.

The result was predictable; he quickly dethroned the champion with a first-round knockout. He was the new heavyweight champion of the world.

To rehash The Big Bear’s encounters with the most famous boxer of all time would be redundant. Many great articles have been written about Liston’s loss of the belt in 1964. When he was awarded a rematch, Ali’s “phantom punch” and subsequent pose would become folklore and the topic of debate in barbershops and diners for the rest of time. Liston is known for losing to Cassius Clay, but there is a lot more to learn from his life.

One of the most important lessons to learn from looking at the life of Sonny Liston is to “never judge a book by its cover.” Liston was seen as a scowling intimidating man with no kindness. However, his wife Geraldine described him as gentle and kind.

It was also a well-known fact that Liston was illiterate, however, the majority of reporters who spoke with him marveled at his intelligence. The Big Bear was born during a time when Blacks were seen as sharecroppers or entertainers.

There really was no in-between. Investing in the education of a negro as strong as an ox was seen as a waste of resources. His illiteracy was a reflection of the time in which he grew up, not a reflection of his intelligence.

Another important takeaway from the life of Sonny Liston is that everyone is a product of their environment to some degree. Martin Luther King Jr. was born around the same year as Liston. However, King came from a middle-class family that had considerably more resources than Liston’s. King’s father was a well-known reverend with a college education.

It can reasonably be stated that his family’s economic status was better than most Whites of his day. As a child, his family took a trip to Germany and his father was so impressed with the teachings of Martin Luther that he changed both his and his son’s name from Michael King to Martin Luther King. During the 1940’s most American families could not afford to take educational vacations in Europe.

The King family could and did. With this financial backing and educational foundation, Martin King graduated high school at the age of fifteen, earned a college degree by the age of nineteen, and finished his doctorate studies at Boston University at the age of twenty-six. One man was born into poverty and resorted to a life of crime; the other was born into education and followed the path laid before him. Neither is responsible for the circumstances.

In January of 1971, Liston’s wife came home from a vacation to find him slumped over in the bedroom. The results of the autopsy were inconclusive and the date of death on Liston’s death certificate is listed as December 30, 1970. By this time, Liston had become a full-time resident of Las Vegas. When asked about it, the Las Vegas Chief of Police stated that everyone knew he was a heroin addict but no one intervened because of his celebrity status. Conspiracy theories have surrounded Liston’s death ever since.

While Liston’s death will remain a mystery forever, the magnitude of his life should no longer be forgotten. He was a man who overcame unfortunate circumstances to achieve a position of prestige, heavyweight champion of the world. No one lives a perfect life, and no one will make all of the right decisions. He made enough of the right decisions to make something of himself when the rest of the world told him he couldn’t. If nothing else, that alone is enough to celebrate his legacy. 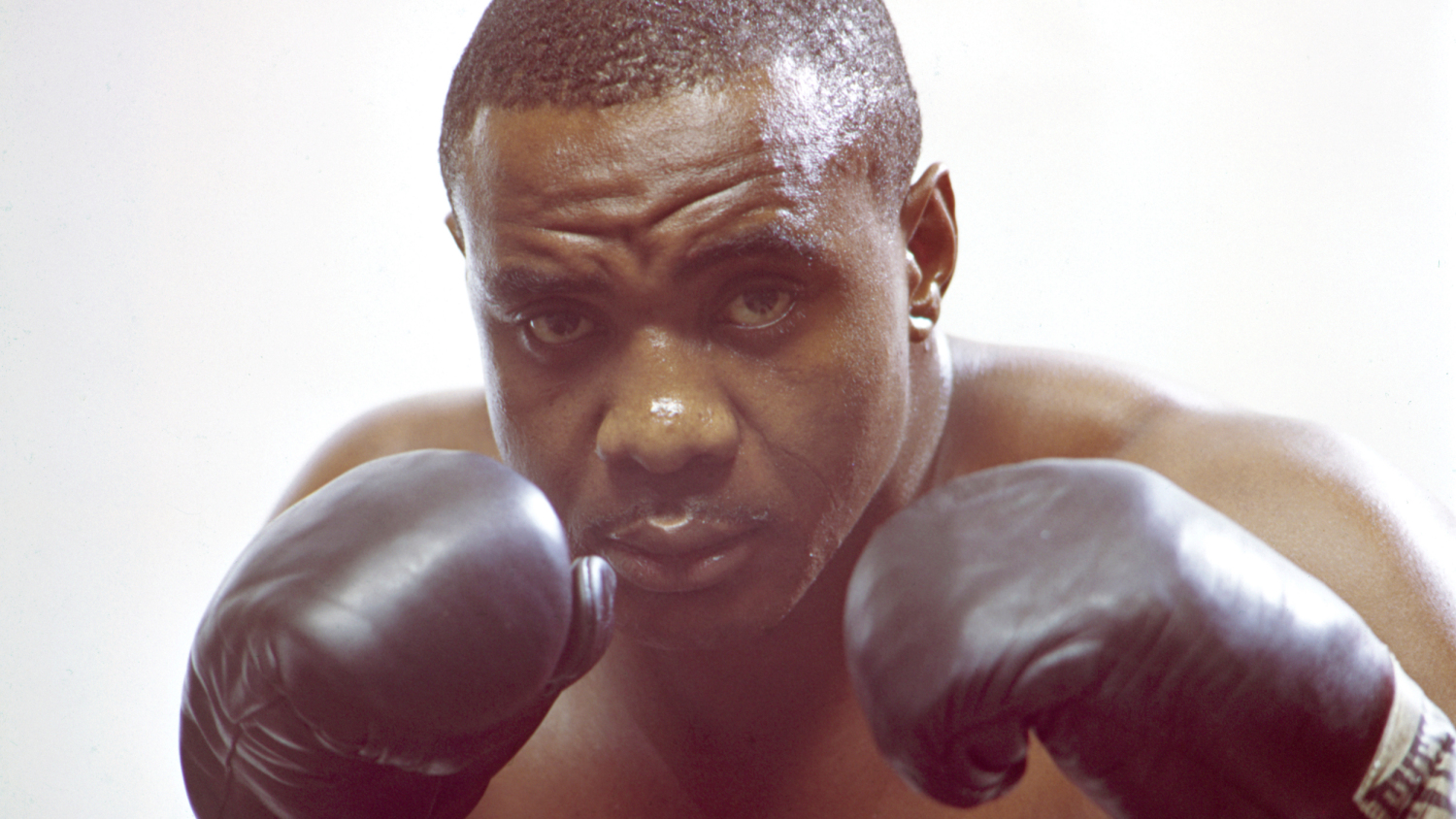