As the quest for Lord’s Stanley’s Cup continues, we had to say good-bye to eight more teams who were eliminated from playoff contention. With eight teams remaining, we preview the four series which make up the Eastern and Western Conference Semi-Finals.

During this Return to Play playoff run the Flyers hold a 7-2 record.  Jakub Voracek leads the Flyers with eight points (four goals, four assists), and Kevin Hayes has scored seven points (one goal, seven assists).  Carter Hart, their sensational rookie netminder is 6-2-0 with a 1.71 goals-against average and .943 save percentage.  Backup goalie Brian Elliott is 1-0-0 allowing two goals on 21 shots in two games (one start). Philadelphia, which advanced to the second round for the first time since 2012, is trying to make the conference final for the first time since 2010.

The New York Islanders are lead by Josh Bailey with 10 points (two goals, eight assists) while Anthony Beauvilier has scored nine points (six goals, three assists). Goaltender Semyon Varlamov is 7-2-0 with a 1.67 GAA and .934 save percentage. New York, which advanced to the second round for a second straight season, is trying to make the conference final for the first time since 1993.

This will be the fifth playoff series between the teams. The Flyers have won three of the four, including the most recent, in seven games in 1987. New York won all three of its games versus Philadelphia in the  2020-21 regular season.  The top five goal scorers for the Flyers this season (Sean Couturier, Claude Giroux, Travis Konecny, Kevin Hayes, and James van Riemsdyk) have combined for a grand total of one goal during the playoffs.  While there could be cause for concern for the Flyers not getting offense from their main producers, I believe these players are ready for a breakout series.

Both of these teams made quick work of their opponents in the conference quarterfinals.  Tampa Bay, the No. 2 seed, defeated the Columbus Blue Jackets in five games in the first round of the Stanley Cup Playoffs. Boston, the No. 4 seed, eliminated the Carolina Hurricanes in five games.

For Tampa Bay, their top two scorers so far in these playoffs are Brayden Point who leads the Lightning with 10 points (five goals, five assists) this postseason. Nikita Kucherov (two goals, seven assists) has nine points. They have received stellar goaltending from Andrei Vasilevskiy is 6-2-0 with a 1.98 goals-against average and .927 save percentage. It is the fourth time in six seasons the Lightning have advanced to at least the second round; they were swept by the Blue Jackets in the first round last season.

On the other side of the ledger, David Krejci leads the Bruins with nine points (three goals, six assists), and Brad Marchand has seven points (three goals, four assists) this postseason. The goalkeeping duties have been handled by Jaroslav Halak is 3-1-0 with a 2.29 GAA and .912 save percentage and Tuukka Rask was 1-3-0 with a 2.57 GAA and .904 save percentage. The Bruins advanced to the second round for a third straight season. They lost the Stanley Cup Final in seven games to the St. Louis Blues last season.

This will be the third playoff series between the teams. Each team has won once, with the Lightning winning the most recent, in five games in the 2018 Eastern Conference Second Round. Experience matters in the playoffs and Boston have a lot of it. The Bruins are a team in which no one player sees himself as more important. They play for the name on the front not the name on the back.

Vancouver, the No. 5 seed, eliminated the St. Louis Blues, the defending Stanley Cup champion, in six games to advance.  While knocking out the reigning champs is a major accomplishment, their captain Bo Harvat recognizes there’s still much work to be done.

Speaking to thescore.com “We need different guys to step up at different times, and we got that all series. I couldn’t be prouder of our guys,” Horvat said. “We have a lot of confidence as a group and have a lot of guys who want to win. We got the job done in this series and we have a long road ahead.”

Elias Pettersson leads the Canucks with 13 points (four goals, nine assists), tied with Nathan MacKinnon of the Colorado Avalanche for the most in the League. Jacob Markstrom, who is tied for the playoff lead in wins with Semyon Varlamov of the New York Islanders, is 7-3-0 with a 2.44 GAA and .929 save percentage.

Vegas, the No. 1 seed which is 7-1-0 this postseason, defeated the Chicago Blackhawks in five games in the first round of the Stanley Cup Playoffs. Mark Stone (four goals, four assists) and Reilly Smith (three goals, five assists) lead the Golden Knights with eight points each this postseason. The men between the pipes are  Robin Lehner is 5-1-0 with a 2.44 goals-against average and .904 save percentage. Marc-Andre Fleury is 2-0-0 with a 2.50 GAA and a .886 save percentage.

The Golden Knights were 1-0-1 against the Canucks, with 18 goals scored in the two games. Vancouver coach Travis Green told NHL.com, “They’re the No. 1 ranked team on this side, so we’ll have our hands full but we’ll be ready to go.”

Vegas and Vancouver have never played each other in the playoffs. Vegas has been solid in their first three Stanley Cup playoff appearances in the league and this time around should be no different.

Colorado’s journey through the postseason has produced a 4-1 record to win Western Conference First Round against No. 7 Arizona Coyotes; 2-1-0 (four points) in Qualifiers round-robin; 42-20-8, .657 points percentage in the regular season.

Forward Nathan MacKinnon leads all NHL players with 13 points (four goals, nine assists) in the postseason. He is one of three Avalanche players to have reached double digits in points.  Philipp Grubauer (5-0-1,1.49 GAA, .937 save percentage) has started six of the eight postseason games.

Mackinnon has growing confidence in his teammates while speaking to reporters earlier this week he said, ” Our time has arrived. We haven’t won anything, but it’s definitely a different feel after winning this series. We’re a hungry group. We’re a group that really cares about each other. We really feel we have great chemistry and there’s a good vibe to our team, so it’s great to get these playoffs off on the right foot.”

The Dallas Stars were 4-2 to win Western Conference First Round against No. 6 Calgary Flames; 1-2-0 (two points) in Qualifiers round-robin; 37-24-8, .594 points percentage in the regular season.

Defenseman Miro Heiskanen leads the Stars with 12 points (three goals, nine assists) in the postseason. Anton Khudobin, normally the backup to Ben Bishop, is 4-3-0 with a 2.49 goals-against average and .919 save percentage. Bishop (1-1-0, 4.04, .862) was unfit to play in the last four games of the series against Calgary.

The Stars and Avalanche each advanced to the second round for the second straight season. This looks to be the most exciting and compelling of the four series.  Look for this one to go the distance. 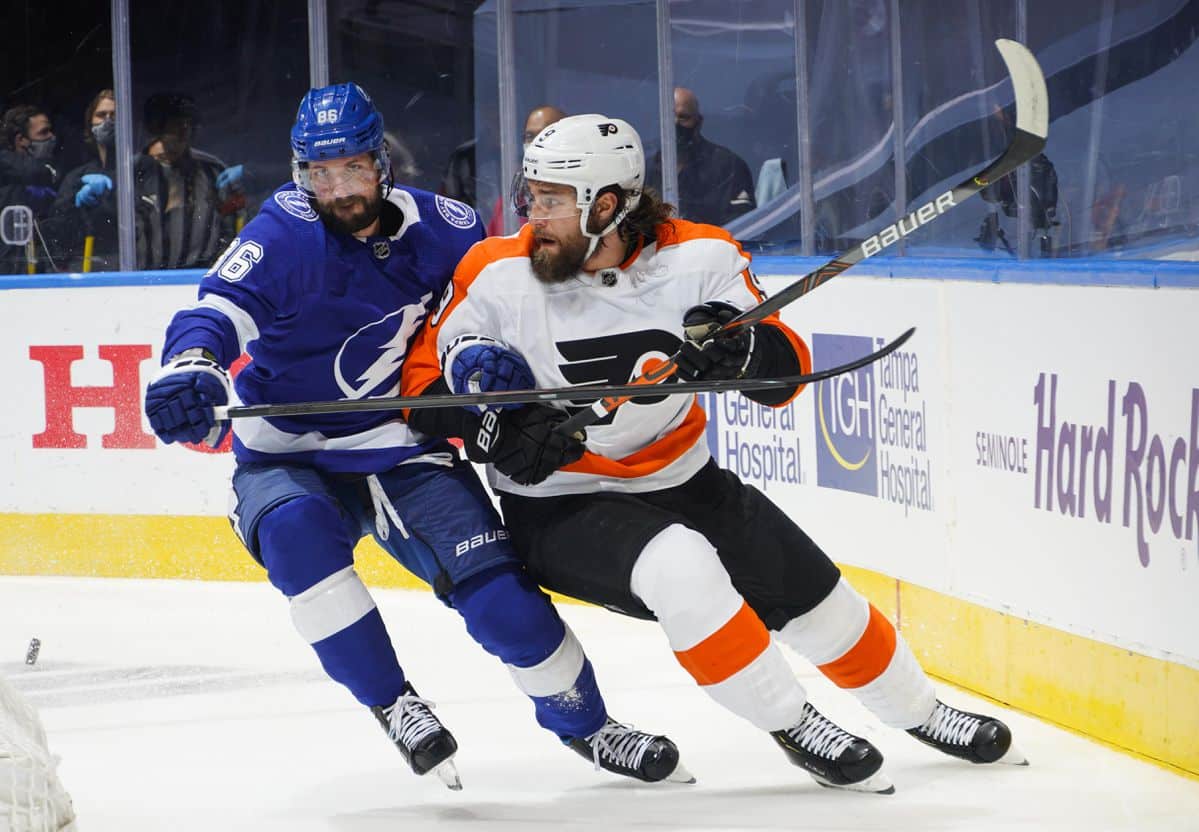