The Lightning centre left the game against the Detroit Red Wings Tuesday with a meniscus tear in his right knee, and will miss the next four months.

The injury happened in the first period of Tuesday night’s game against the Detroit Red Wings. While trying to kill a penalty, Stamkos got tangled up with Red Wings forward Gustav Nyquist, and his leg twisted awkwardly:

After getting up, Stamkos was clutching his right leg as he made his way off the ice, barely putting any weight on it and clearly in pain. It was announced in the second period that he wouldn’t be returning to the game.

Losing Stamkos is a big blow for the Lightning, who have Stanley Cup aspirations this season. While the team has considerable depth and should be able to manage fairly well with his absence, he is an incredibly important player to the team, especially with the way he has been playing thus far this season. Through 17 games, he has 9 goals and 11 assists for 20 points playing nearly 18 minutes a night. He’s also developed excellent chemistry with dynamic winger Nikita Kucherov, helping him tie for the league lead in points with 21 points. In an unfortunate twist of events, Stamkos was also only two goals off the league lead after scoring his ninth goal of the season just minutes before getting hurt.

It’s worth noting that this injury isn’t the first that he’s suffered to his right leg, and perhaps not even the most serious injury he’s suffered. The past few seasons have not been kind to Stamkos. In 2013-14, he broke his right tibia and needed a metal rod inserted into his leg, forcing him to miss 45 games, plus the Olympics. After that injury, it took Stamkos quite awhile to return to his deadly goalscoring form.

Then, just before last season’s playoffs, Stamkos was sidelined with bloodclots that forced him to miss the last 5 games of the season plus all but one of Tampa’s playoff games as they made the Eastern Conference Final, only to be eliminated by the Pittsburgh Penguins.

Coming into this season, he signed a big contract (8 years, $68 million) and was eagerly looking forward to focusing on hockey again with his injuries behind him. Sadly, it looks like his season has already been derailed. 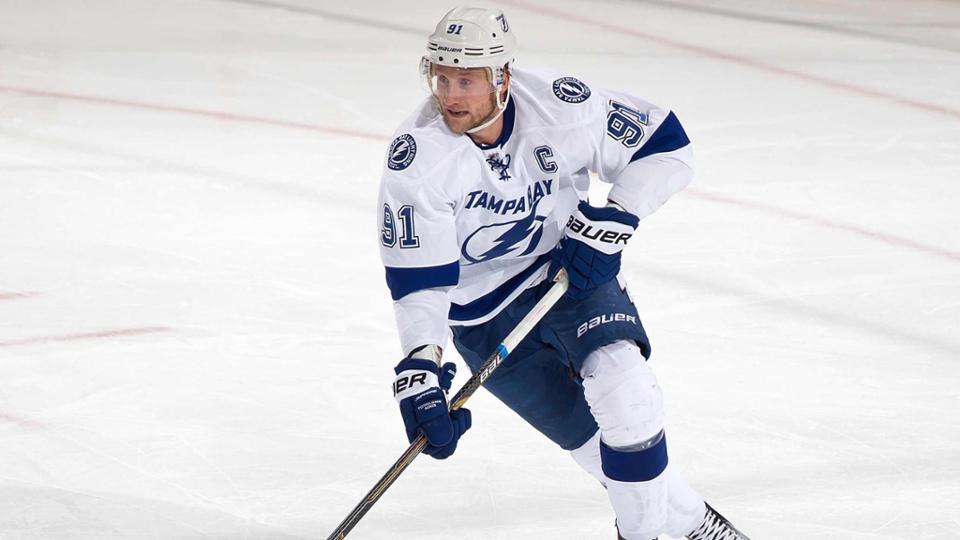