In what has been an extremely long-awaited return for the game, South Africa will host their very first rugby game: Super Fan Saturday, since the sport was postponed back in March 2020. While this year may have been challenging times for the majority of the world, a doubleheader action-packed Saturday will bring something to look forward to locally. and keep every South African rugby fan at the edge of their seats.

The first fixture for the return of rugby will see the Vodacom Bulls play against the Cell C Sharks; whereas, the second fixture of the day will be contested between the Emirates Lions and the DHL Stormers. All games will be broadcasted live, with every rugby fan eager to witness how their heroes will contest on Super Fan Saturday.

With the Marvel-themed rugby teams set to entertain on the rugby field, Super Fan Saturday will feature Captain America – The Bulls, Spiderman – The Lions, Thor – The Stormers and Black Panther – The Sharks. So, will you be supporting your favourite rugby team or Super Hero this Super Fan Saturday?

All of the top four South African franchises have vast experience, with every side having national players in their respective squads.

The Bulls are renowned for being the most successful South African Super Rugby side overall; having won the tournament 3 times in previous years. The current squad will have the likes of Springbok No. 8, Duane Vermuelen, this coming Saturday. The Springbok anchor behind the scrum and being capped 54 times for the national side, comes as an asset for any rugby team in this world. Will the experience of Duane Vermuelen rally his troops to victory over The Sharks?

The Lions – who have been one of the unluckiest South African sides in previous seasons – also pose a huge threat for the return of rugby in South Africa. The recently three-time Super Rugby runners-up play an expansive and exciting game of rugby, which inspires many running rugby enthusiasts in the world. With their elusive attack led by their captain Elton Jantjies, plenty of excitement awaits before their game against The Stormers. Can Elton slice through The Stormers defence this weekend at Super Fan Saturday?

The Stormers, one of South Africa’s fan favourite sides will be seeking a fine-tune at Super Fan Saturday. The side has plenty of players who played in that Rugby World Cup Final in Japan 2019; major players such as Captain Siya Kolisi and 2019 World Rugby player of the year, Pieter-Steph Du Toit. Will the powerful forward pack of The Stormers be too much for the Lions this weekend?

Last but not least; The Sharks. Many Sharks supporters feel that the Super Rugby 2020 being called off was a huge loss emotionally, as The Sharks were in great form before the tournament became non-void. Under the leadership of Lukhanyo Am, The Sharks lead the Super Rugby standings and believed that 2020 would’ve been the season where they would have lifted the coveted trophy. The Sharks players are extremely eager and will be looking to make a huge statement this Super Fan Saturday. Will The Sharks’ previous 2020 form be enough to defeat The Bulls this Saturday?

Looking to read more about the British and Irish Lions Tour for 2021? Have a read here.

For many rugby supporters in South Africa, this weekend will be the first time South African teams will be playing a live match in over six months. Despite this, the majority of the players contracted by the unions kept themselves in great shape and remained physically ready for when the rugby season resumed. In addition to this, many Springbok Rugby World Cup stars will feature this weekend for the Super Fan Saturday, which will be great to see them in action once more! I predict that The Bulls will beat The Sharks, and The Stormers will defeat The Lions.

Let us know who you will be backing this Saturday in the comments below! 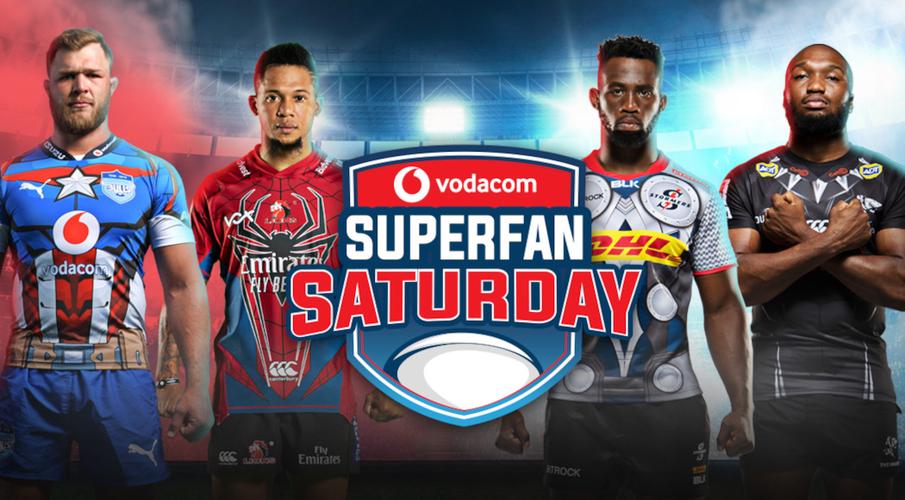