With the rugby league world cup being staged in England this year after it was postponed to 2021 the hosts have released a new playing kit which will be worn by all three of the representing squads – men’s, women’s and wheelchair.

The company producing the jerseys are OXEN and will be sponsored by BETFRED on the front as the main sponsor and RONSEAL on the back.

OXEN CEO Lee Jenkinson says “World Cups don’t come around very often, so it’s been an honour and a privilege to develop the shirt design with the RFL and Rugby League supporters from a wide number of clubs,”

“A common theme of all our discussions was a desire to take things in a new direction, while also recognising the traditions of international Rugby League.

“We are delighted with the final product and look forward to seeing it being worn proudly by all three England sides at this year’s Rugby League World Cup.”

The new kit is available to purchase now.

The warm-up fixture against Fiji which was scheduled to take place at the home of league one side Rochdale Hornets in preparation for the world cup will now be staged at the AJ Bell stadium in Salford on Friday 7th October.

Another three years for George Griffin!

Castleford Tigers today announced that 30-year-old George Griffin has signed a new three-year deal. The prop forward joined Castleford for the 2020 season and has made 51 appearances to date for the club, scoring on six occasions, and was in the starting 13 in the 2021 Challenge Cup Final at Wembley loss against St Helens.

Even though he still believes he is developing his game under coach Lee Radford he feels he is coming into his best years at the mend-a-hose jungle.

After the signing was confirmed last week Matt Dufty then arrived at Warrington Wolves early on this week after signing a two-and-a-half-year deal from Canterbury Bulldogs. The wire are in serious need of something different in the side after an extremely under-par season. With only a handful of games left is it enough time for the Australian to make an impact? The fullback scored 44 tries in 82 games for St George Illawarra Dragons where he made he made his professional rugby league debut before an unsuccessful half-season stint at the Bulldogs from the start if this year.

At the time of writing this article, the first game of round 21 is being played out between Wigan Warriors vs Hull KR. Kingston Rovers are looking to add to last week’s comeback win against the Warrington Wolves and Wigan is looking to bounce back from a shock defeat away to Leeds Rhinos.

With their second game at home in the space of 7 days, the Olympians will be looking to respond to the loss against the Salford Red Devils at the Stade Ernest Wallon last week and Hull FC will be looking to respond after a second-half hammering from Castleford Tigers in round 20. The great escape is still on for the French outfit and they will be confident of 2 points against a dejected-looking Hull FC side.

Tigers coach Lee Radford would have enjoyed the win against his former side Hull last week more than most however, Wakefield is in a dog fight to stay in the division and with the extremely close 13-12 loss to St Helen’s last week Willy Pochings side will be confident that they can get a result against an in-form Castleford side during a season that has shown that any one side can get the better of their counterparts on the day!

With the chances of the Wolves being in with a realistic chance of a top 6 playoff position looking slim to none they now head to a confident Huddersfield side who was another team to lose by 1 point last week and the same score as saints vs trinity believe it or not. What are the odds of that!?

No doubt that the pressure will have increased on coach Daryl Powell and the wire needs to find a win from somewhere because if Toulouse and Wakefield manage to pick up wins and they don’t then it’s going to all of a sudden become a three-way relegation battle.

After picking up a much-needed two points against fellow playoff contenders Huddersfield last week the dragons will be determined to make it back-to-back home wins against a confident Leeds pack that produced a season-best performance last week in the big victory over the Wigan Warriors.

Rhinos coach Rohan Smith has settled well since his mid-season arrival, injecting some much-needed change. The signing of Zak Hardaker has proved dividends so far and the Yorkshire side is now 1 point away from a playoff position where it looked as though they could have been involved in a relegation tussle during the first part of the season.

With both sides coming off wins, a drop goal win for the saints and an away win for the red devils in France against Toulouse this could be the tie of the round. The saints are six points clear at the top and heading towards the league leaders shield and Salford is gunning for a playoff place.

Every side has something to play for this season and the champions will need a better showing than last week one point victory or the playoff contenders will punish them with their in-form stars such as Brodie Croft who has dazzled since signing from the Brisbane Broncos ahead of the 2022 season. 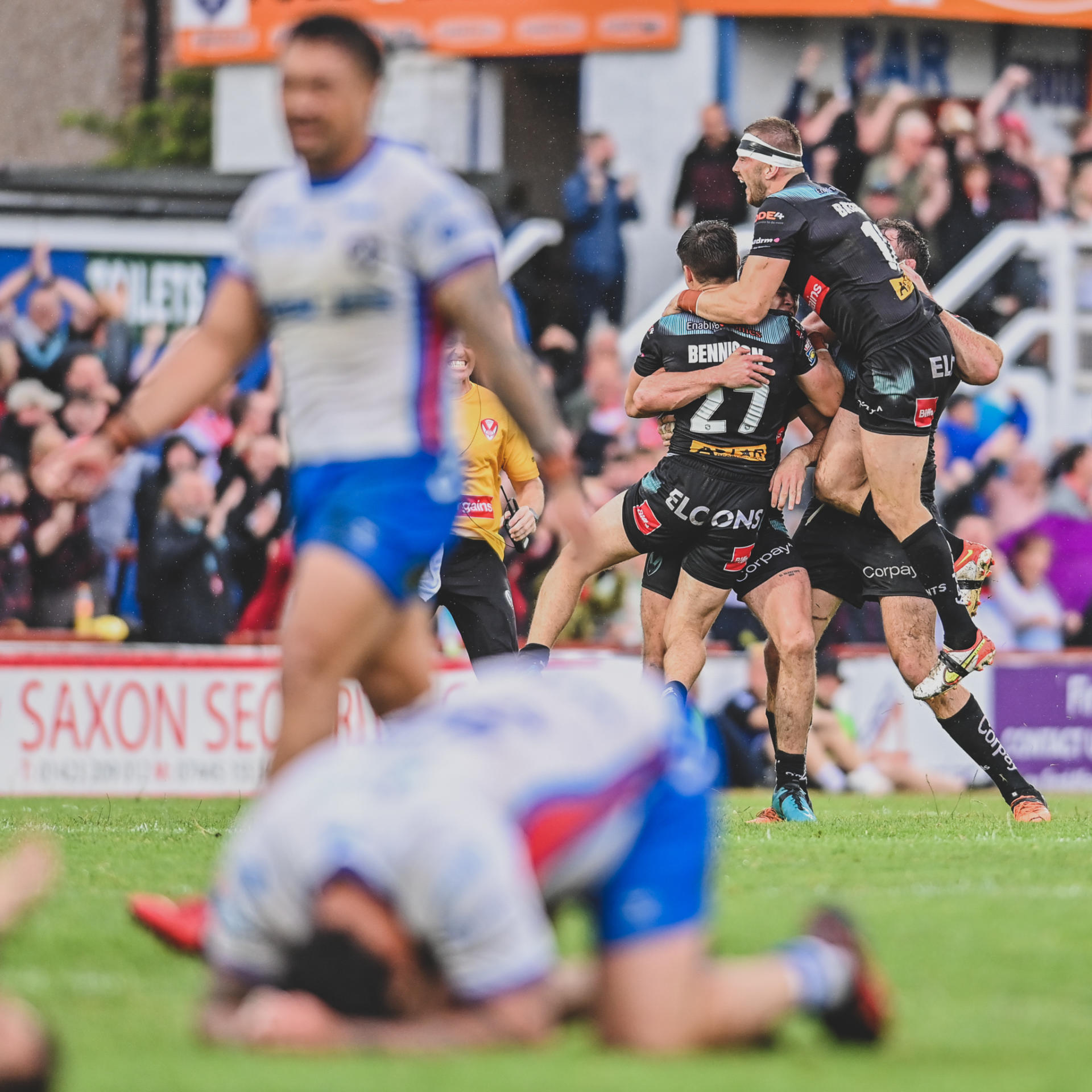