Over the last few years, combat sports megastars Errol Spence Jr. and Canelo Alvarez have chosen Dallas Texas as the site of some of their biggest fights. Both men have fought in front of sold out crowds at the AT&T Center; after observing the success of these events, the world’s largest mixed martial arts organization has decided to hold UFC 277 from “Big D” as well. The venue will be American Airlines Arena, just 15 miles down the road from “Jerry World,” and the main event of the evening will be the highly anticipated rematch between Julianna Peña and Amanda Nunes for the women’s bantamweight championship belt. There’s a lot to unpack here; without further ado, let’s get into it!

In December of last year, Julianna Peña defeated the heavily favored Amanda Nunes for the UFC Women’s Bantamweight title. Her second round rear naked chokehold submission came as a shock to everyone in attendance and the millions of viewers around the world. Heading into the bout, Nunes had not lost a fight since September of 2014 and was a reigning two-division champion, wearing both the featherweight and bantamweight crown. Peña’s victory last year ended the aura of invincibility surrounding Nunes; she must now avenge her loss if she wants to get it back.

Although Peña is the reigning champion, Nunes still enters UFC 277 as the overwhelming favorite. Most pundits still view her as the best pound for pound women’s fighter in the world and they view the regaining of her bantamweight title as an inevitable result. For her part Peña looks as physically fit and as well prepared as she has for any of her past fights; she is not going to let her belt be taken from her without putting up a serious fight. You won’t want to miss it when these two gladiators meet in the octagon for bantamweight supremacy!

Brandon Moreno may forever be remembered for his trilogy of fights against Deiveson Figueiredo for the UFC Flyweight Championship of the world. In December of 2020, the two warriors engaged in an epic battle that was controversially ruled a draw by the judges. Although many viewers felt that Moreno should have been crowned the champion that night, he would have to wait six months for his chance at redemption. In June of last year, Moreno forced Figueiredo to tap out via rear naked chokehold in the third round; it was a dramatic victory, and it crowned Moreno as the first Mexican-born champion in the UFC’s history.

In January of this year, Figueriedo recaptured his title when he beat Moreno in a unanimous decision at UFC 270. Now, Moreno has a chance to claim the interim belt in a matchup against Kai Kara-France, the second ranked contender in the flyweight division. As much as Moreno would like to claim the interim belt, his true sights are set on a fourth bout with Figueriedo and a chance to once again be crowned King of the division. Kara-France, however, is much more than a subplot to an intense drama. He is a 29-year-old in peak physical condition and on a current three fight win streak. Make sure you tune in to see these two warriors lay it all on the line for the interim featherweight championship belt!

Despite losing two out of his last three fights, Derrick Lewis is still ranked among the top five in the UFC’s heavyweight division. This is in part due to the spectacular way in which the majority of his fights end. He is a knock out artist; rarely does a Derrick Lewis fight go the distance. The other side of that same coin is that he rarely loses by decision; his losses have most often come by knockout as well. Win or lose, fans can expect to be entertained whenever Lewis steps foot inside the octagon.

Sergei Pavlovich is on a three fight win streak, and has only suffered one loss in his career that spans all the way back to 2014. In spite of his impressive record, he is only ranked eleventh in the UFC’s heavyweight division. This is largely due to the series of injuries that forced him to be inactive from October of 2019 to March of 2022. Now, at the age of 30, he is in the best shape of his life and free of all nagging injuries. One thing’s for certain, when he climbs into the octagon to face Derrick Lewis on Saturday, the fight is highly unlikely to go the distance!

Brazilian flyweight Alexandre Pantoja may not have the publicity of his weight-class-colleagues, Brandon Moreno or Deiveson Figueiredo, but he is unquestionably one of the most respected fighters in the division. He is on a two-fight win streak and is currently fourth in the divisional rankings. His next opponent, Alex Perez was once given a title shot in November of 2020; that resulted in a loss to Figueiredo via chokehold submission in the first round. Perez hasn’t fought in front of the public since that devastating setback; it will be interesting to see if he performs up to his usual standards after staying away from public competition for almost two years.

After losing his UFC debut in March of 2018, light heavyweight prospect Magomed Ankalaev has reeled off eight consecutive victories in the world’s premier mixed martial arts organization. Hailing from Dagestan, Russia, he has been involved in combat sports his entire life. He is accomplished in both Greco-Roman wrestling and Combat Sambo; now he has his sights set on winning UFC gold. His next opponent, Anthony Smith, is on a three fight win streak and is ranked fifth in the light heavyweight division. You won’t want to miss this showdown between two of the top five prospects in the light heavyweight division!

Middleweight prospects Paulo Costa and Luke Rockhold were originally scheduled to fight as a part of the main card for UFC 277. The fight has been postponed and will now take place on August 20th at UFC 278; still no official word on the reason for the delay.

UFC 277 can be viewed via pay-per-view on BT Sport in the United Kingdom and purchased through ESPN Plus in the United States. As always, we’ll have all the latest updates about the outcomes of the fights, as well as in depth analysis available right here at World in Sport! 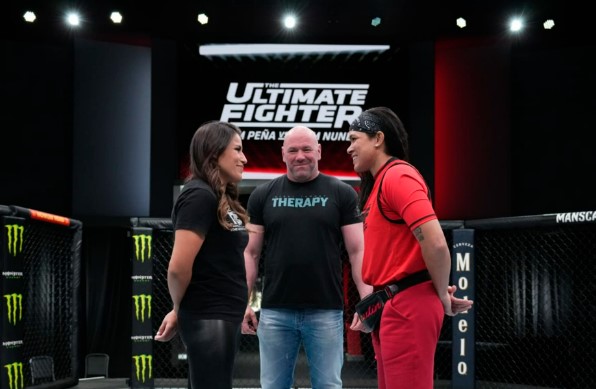