This coming weekend will be the last round of the inaugural Super Rugby Aotearoa tournament in New Zealand. Full focus goes towards Dunedin where the Otago Highlanders host the Wellington Hurricanes, in what is set to be a mouthwatering encounter between these two major Super Rugby franchises. As the Crusaders lifted the trophy last week Sunday, there’s still plenty to play for as the Highlanders will seek revival as they sit second from the bottom in the tournament standings.

In front of over 30,000 spectators at the iconic Forsyth Barr Stadium, better known as the “Glass House”, we are set for an epic encounter with a lot of pride on the line. The Highlanders will warmly welcome their co-captains, Aaron Smith, for his 150th Super Rugby cap, and Ash Dixon running out on his 100th Super Rugby game.

The sniping scrumhalf, Smith, has been a long servant to The Highlanders jersey and is also considered a local legend for his national side. Aaron Smith is currently the second-highest capped player ever for the franchise, with former teammate, Ben Smith, being the most capped player, currently standing at 153 games.

Fellow Co-Captain and Hooker, Ash Dixon, will also seek a memorable evening as he will look to make his 100th cap memorable, ironically against his former side the Hurricanes of which he left to join The Highlanders in 2015.

Meanwhile, for The Hurricanes, Dixon’s opposing rival, Dan Coles is set to be the highest capped forward ever for The Hurricanes passing former teammate, Jeff Toomaga-Allen’s tally of 118 matches. The former World Player of the Year nominee, Coles, will be leading his side onto the pitch with a formidable Hurricanes forward pack. Will this be a historic night for The Hurricanes Captain?

Less than a month ago, these two sides kept us all on edge when The Hurricanes hung on to a 17-11 victory on the 12th July. What could have been a far greater scoreline, ended up being an extremely tight game as The Hurricanes outscored their opponents, with three tries to one. Will The Highlanders give their crowd something to cheer about for their last match of 2020?

With match day looming this weekend, plenty of experts predict a standard dominant Hurricanes triumph. However, Hurricanes Head Coach has omitted two key players from his line-up; South African-born, Kobus Van Wyk, who is the joint second highest try-scorer, who recently signed for the Premiership Leicester Tigers in England, has been left out of the match day squad. The most notable omission from the Wellington side is their influential TJ Perenara, who has taken some family time out as he and his wife are expecting their first-born child.

All eyes are waiting to witness which pack of forwards will be the dominant force on the day. As we’re all aware, the stronger the forward pack, the greater opportunity for the backline to send the ball out wide. Both leaders in their respective packs’ contest as hooker’s for their Super Rugby sides. Dan Coles for the Hurricanes is set to lead the more favourable pack, including world-renowned players, such as Ardie Savea. Whereas the home side, Highlanders, with the likes of Ash Dixon and Shannon Frizell has also shown New Zealand rugby that they are equally as capable of getting the job done.

Will Dan Coles’ pack win the battle upfront or will the Otago faithful be the extra wind behind The Highlanders forwards?

There’s plenty of excitement in the backline for both sides; with sunny skies predicted, we are set for an expansive running game. Home side hero and stand out back, Jona Nareki will be looking to maintain his fine form this season with his great footwork. With an attacking-minded winger like Nareki, one would hope to see The Highlanders spread the ball wide. Or will we see The Hurricanes defense contain The Highlanders this Saturday?

The visiting side also poses a major threat with the likes of Jordie Barrett at fullback, but the standout centre, Peter Umaga-Jensen, is also set to continue his fine form in the 12 jersey. The young player comes from a great rugby family, as the nephew of All Blacks-great, Tana Umaga, and the late Jerry Collins. Umaga-Jensen has already scored three tries this tournament for the Hurricanes, but will he manage to upset the home crowd match day?

As the Super Rugby Aotearoa tournament draws to a close, a whole lot of pride and camaraderie is at stake for both quality rugby sides. There are a few factors that could make this game change at any moment of the 80 minutes, however, I will go with the away side, The Hurricanes taking this game with a close 5 points difference.

What are your predictions for this up and coming match this weekend? Let us know in the comments below and be sure to follow us on @worldinsport for more rugby-related news! 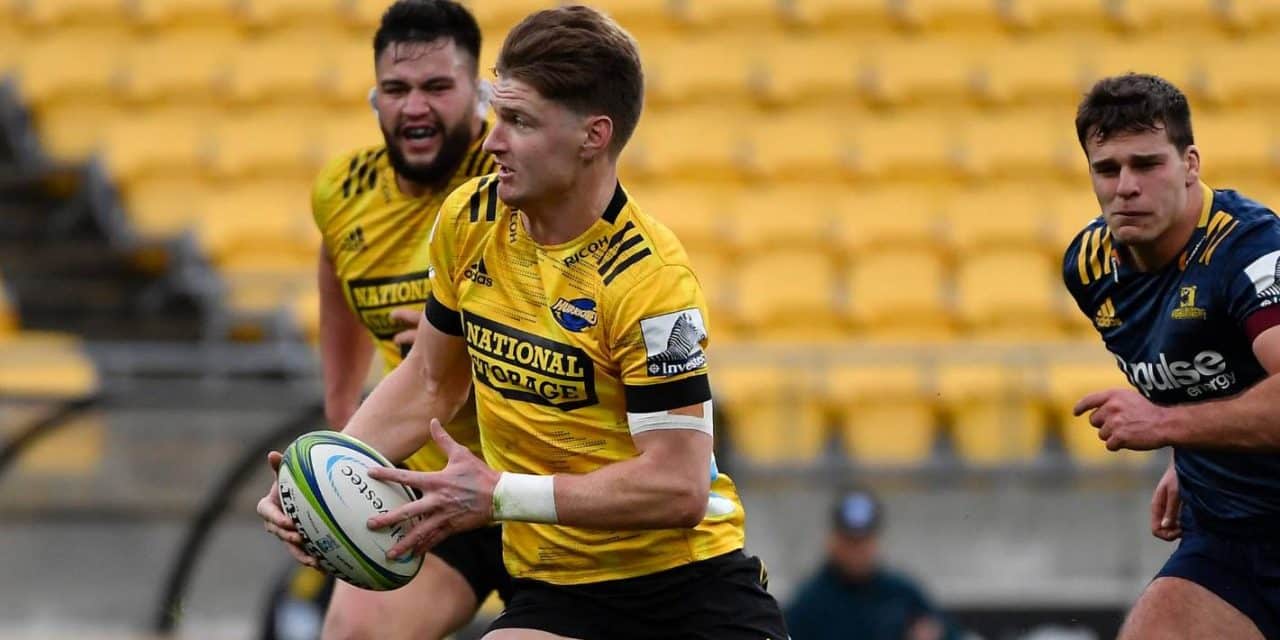