The stars of the NBA descended in Chicago for NBA All-Star weekend for a plethora of events. Much like any all-star weekend, there were a lot of stars helping out in various communities, including local charities. It was also a weekend of reflection, in which David Stern and Kobe Bryant were honored for their contributions as ambassadors to the league. It would be the first time Chicago hosted an all-star game since 1988, where Michael Jordan famously performed his iconic dunk from the free throw line, paying homage to Julius Erving during that year’s slam dunk contest, which he won.

All-Star weekend kicked off with two exhibitions last Friday, with the celebrity all-star game and the Rising Stars Challenge, which was a showcase between a selection of American rookies taking on their international counterparts. The latter of the event was headlined by number one draft pick and New Orleans Pelicans sensation Zion Williamson, in which he had 14 points and 2 rebounds. Miami Heat rookie Tyler Herro was chosen to play for Team USA, but sat out due to a right foot injury. Collin Sexton of the Cleveland Cavaliers was chosen as Herro’s replacement and recorded 21 points and 5 rebounds. Other notable performances included undrafted Heat rookie Kendrick Nunn making 16 points, Canada’s R.J. Barrett and Brandon Clarke making 27 points and 22 points respectively, and Japan’s Rui Hachimura with 14 points. Team USA was victorious over Team World.

All-Star Saturday night was even more eventful as fans were treated to the Skills Challenge, the Three-Point Shootout Contest, and the Slam Dunk Contest. The Skills Challenge saw Bam Adebayo, a first-time all-star for the Miami Heat. display his dribbling, passing, and scoring abilities against the likes of Brooklyn’s Spencer Dinwiddie, Toronto’s Pascal Siakam, and Indiana’s Domantas Sabonis to win the contest. Next, was the Three-Point Shootout Contest, which saw Sacramento’s Buddy Hield outscore contenders such as Duncan Robinson of the Heat, Devin Booker of the Phoenix Suns, Trae Young of the Hawks, and Joe Harris of the Nets. The Slam Dunk Contest featured Milwaukee’s Pat Connaughton, who channeled his inner Billy Hoyle from the movie “White Men Can’t Jump,” and a trio of contest winners in Dwight Howard of the Lakers, Derrick Jones Jr. of the Heat, and Aaron Gordon of the Orlando Magic. The finals came down to Gordon and Jones Jr., both of whom wasted no time performing their signature dunks. Jones Jr. performed a between the legs tornado dunk, while Gordon dunked over 7’5″ rookie Tacko Fall from the Boston Celtics. In the end, it would be Jones Jr. who would go on to win the dunk contest, much to the dismay of the crowd after the reveal of the judges’ score.

Finally, it was time for the main event. The 69th NBA All-Star Game, which featured Team LeBron taking on Team Giannis. After a moving tribute to Kobe and Gianna Bryant by Jennifer Hudson to kick off the festivities, the Chicago crowd was delighted to a high scoring affair in which Team LeBron was playing for Chicago Scholars, while Team Giannis was playing on the behalf for After School Matters. Team LeBron won the first quarter, while Team Giannis won the second quarter. Both teams tied in the third quarter, leading to the fourth quarter, where one team had to reach 24 points to win the game. The same 24 in honor of Kobe Bryant. Team LeBron would win the game with a free throw from Lakers forward and Chicago native Anthony Davis. After the game was over, Los Angeles Clippers forward Kawhi Leonard became the inaugural recipient of the Kobe Bryant All-Star MVP award.

NBA All-Star weekend was a tremendous success from start to finish. The stars of the NBA provided a lot of entertainment as well as helping out in the communities of Chicago. Next year’s All-Star game will take place in another basketball city in Indianapolis, home to the Pacers. 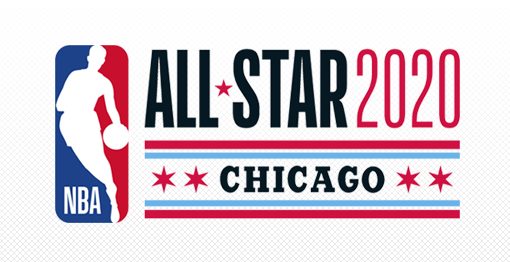