NFL fans in London finally witnessed a close finish. Most NFL games in London lately have been blowouts. Sunday was different. The struggling Tennessee Titans trailed the hot Los Angeles Chargers 13-20 late in the 4th quarter. Titans QB Marcus Mariota led a cold-blooded drive deep into enemy territory as the clock spun under 1:00 remaining. On 3rd & goal, Mariota scrambled and stretched for the goal line. It was ruled a touchdown. Upon further review, the officials ruled he was stopped just shy of the end zone as his shoulder touched the ground a moment before the ball crossed the goal line. This would set up a gutsy 4th & goal situation for the Titans. Marcus Mariota would find tight-end Luke Stocker with a 1-yard touchdown pass with :30 remaining. This would pull the Titans within 1-point, 19-20. Coach Mike Vrabel has pledged to be aggressive this season and so you assumed the 2-point conversion was coming. The Titans would indeed attempt to go for the win instead of sending the game into overtime. Mariota rolled right but his pass was incomplete. The Titans were award another attempt and the ball moved up to the 1-yard line after a defensive holding penalty against the Chargers. On the second attempt, Mariota tried to complete a pass to a well-covered Taywan Taylor. The Titans failed to recover the onside kick and fell to the Chargers, 19-20, in a thrilling game across the pond.

In the post game press conference coach Vrabel indicated that it was his choice to go for the 2-point conversion. Many fans are fine with the strategy but it was the offensive playcall that has fans furious. Taywan Taylor on the previous drive dropped what would’ve been a 25-yard completion. He had struggled the entire game and in multiple games before Sunday. Taylor is also a small body type. Typically in the red zone, you would target your big physical, possession receivers such as Corey Davis or Tajae Sharpe. Instead, the Titans perhaps out thinking themselves, tried to sneak one over the middle to the speedster Taylor. It did appear that Mariota, known for his elite running ability from the quarterback position, possibly could have converted by scrambling up the middle. Due to Mariota’s ability to use his legs, fans are wondering why not a RPO (run pass option)? After the penalty, the ball was on the 1-yard line. Why not use your 6’3″ 240lbs running back Derrick Henry to get 1-yard.

What do you think? Would you have attempted the 2-point conversion or tried to win the game in overtime? If so, what play call would you have issued if you were the coach? Was this the NFL’s best game to ever be played in London? Comment below. 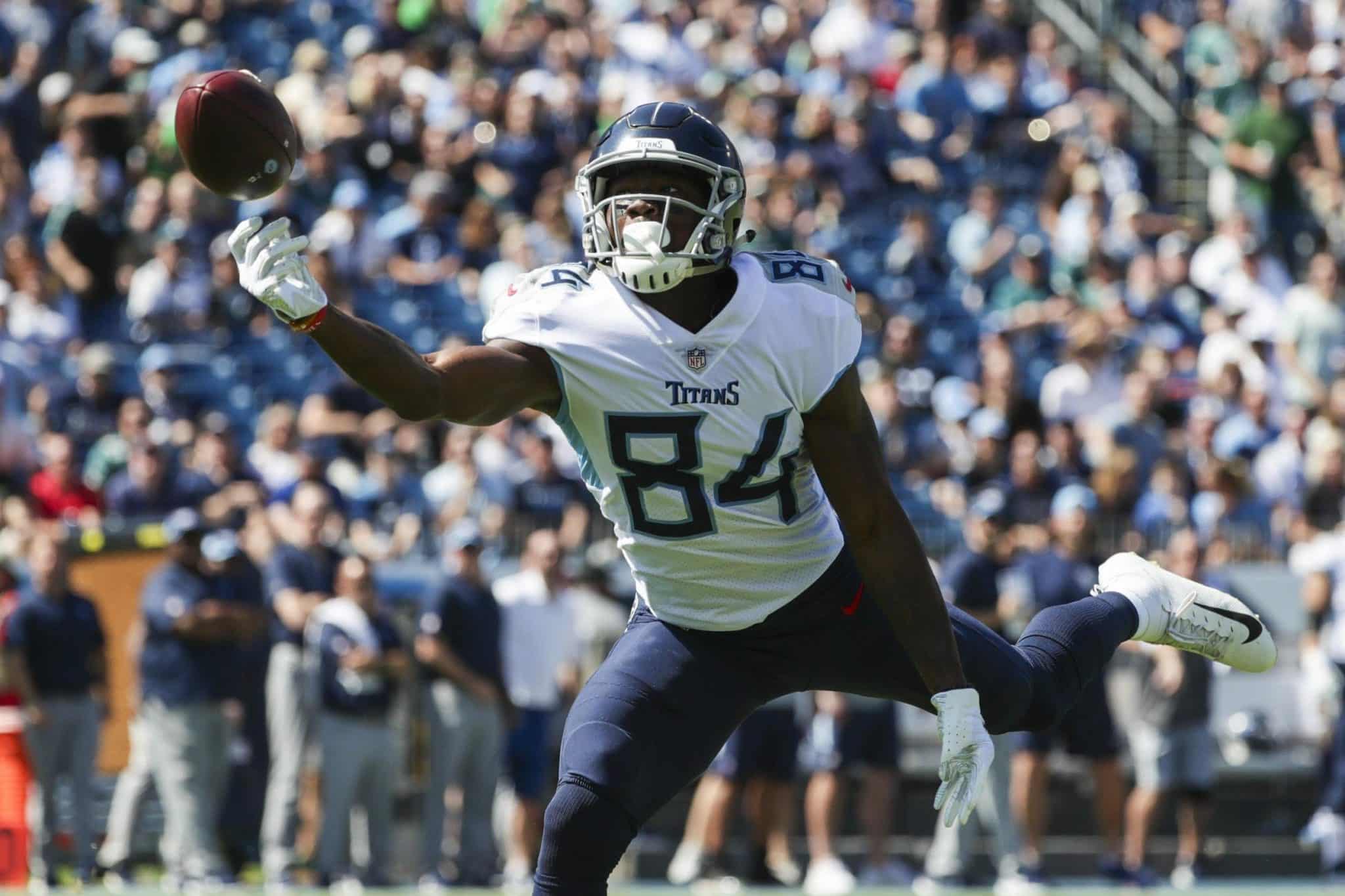