The new look Lakers will have another new look for the next couple of games, as they work through the suspensions of Rajon Rondo and Brandon Ingram. Their starting line-up will be getting an overhaul.

The suspensions will shake up the starting lineup at the forward position for 4 games and guard position for 3 games. While many are worried about the Lakers 0-2 start turning into a heavy skid due to the suspensions, there’s reason to believe that Lakers Nation will be just fine as it could actually put them on a winning path.

Let’s take a look as to why the suspensions may be a great thing for the Lakers:

Re-shuffling the starting line-up to what it should have been in the first place.

When I first saw the starting line-up the Lakers were opening the season with, I scratched my head.

Do you see anything wrong with the line-up?

I was expecting the starting 5 to read: McGee, Kuzma, LeBron, Pope, and Hart.

In the grand scope of things, one can simply say that the best players on the Lakers roster aren’t even starting. I agree with LeBron running along with McGee and Pope; but the issue comes along when discussing Rondo and Ingram (both of which we’ll get to in a moment as you read along).

The suspensions will allow Walton and the Lakers to re-vamp their starting line-up, and I actually think they’re going to like what they see on the court.

We’ve all been waiting for Ingram’s play to catch up with his talent. It has been a couple years.

Ingram really shines in some games, and then he has several duds. You’ll see flashes of what we all know he can be on the court, and he’ll follow those games up with bombs. The concern is that his desire to be as good as he should be will never materialize because he lacks the interest to be a great basketball player. The talent is there, but he has to actually work hard to be great!

While most teams can work through consistency issues with a young player, the Lakers don’t have to. They already have a player who can offer the team more in a starting role: Kyle Kuzma.

Kyle Kuzma provides the consistent play and versatility that the starting line-up needs. He’s dynamic enough to play inside and outside, and he can create his own shots with the ball in his hands, or running around a screen for a catch-and-shoot. We saw amazing things from Kuzma last year when he was able to start. He gave the Lakers offense pop, stability, and consistency. Adding him to the starting line-up over Ingram seems logical and safe when the goal is to win games.

Rondo and LeBron cannot win consistently when occupying the floor at the same time for 30+ minutes.

Rondo has fantastic playmaking talent and can string together some triple-doubles, too. He’s a great guard for a team who doesn’t already have someone who can distribute the ball. His greatest weakness is his shooting – specifically his off-ball shooting – and that’s where the problem lies.

LeBron is a creator, both for himself and others. His presence with the ball in his hands commands the other team’s respect and will draw defenses towards him. This opens up the floor for other players on the court, and the offense flows smoothly this way.

When LeBron and Rondo are on the court together, and LeBron has the ball in his hands, you may as well say the Lakers have 4 offensive players. Why? Well, Rondo isn’t going to give you a catch-and-shoot. He’s not going to roll around a screen and pop a 3. He’s not known as a shooter for a reason. It’s simply not in his basketball DNA.

So with the ball in LeBron’s hands and Rondo on the court, the defense doesn’t have to cover Rondo as closely off the ball. This means the defense can focus on LeBron and the 3 other shooters more intensely, and keep an eye on Rondo only when he decides to slash to the hoop.

The smartest thing to do would be to remove ball-dominant-Rondo and place a solid shooter in his starting spot. It makes the entire offense more versatile, and it won’t allow defenses to cheat like when Rondo is on the court with the current starting line-up.

Josh Hart is a better fit for the starting line-up than Rondo.

After reading #3, you can understand where I’m going when I suggest Josh Hart should be in the starting line-up.

Hart offers mountains of energy and can flat-out shoot the ball from inside and out. He doesn’t require the ball to help his team, either. What you get with Hart is great defense, a solid rebounder, and great shooting from inside and out. If Walton can get Hart to move well off the ball in the starting line-up, it could really open up the scoring from the Lakers with their starting five.

Luke Walton will learn what we already know.

What do we know, readers?!

We know that LeBron James-led teams perform their best when The King has the offense running through him. The Lakers don’t need a ball-dominant guard. They need a competent guard who can shoot and compliment LeBron while he’s on the floor. Perhaps that means taking over running the offense for a few plays while LeBron takes a breather on the court, but it will mostly mean that whoever is playing point would be comfortable moving without the ball and getting open for shots.

The entire league already understands this bit of info, yet the Lakers and Walton seem to want to try something different. Maybe by “different”, they mean they have an inability to run a modern NBA offense. Yet, they spoke so much about positionless basketball in the offseason.

If their goal is the truly be positionless on offense, then they need to go the tried-and-true route and allow LeBron to run the flow of the offense. It’s okay to have him continue what he does best: create, shoot, rebound, and win.

What is YOUR preferred starting 5 for the Los Angeles Lakers? Let me know in the comments! 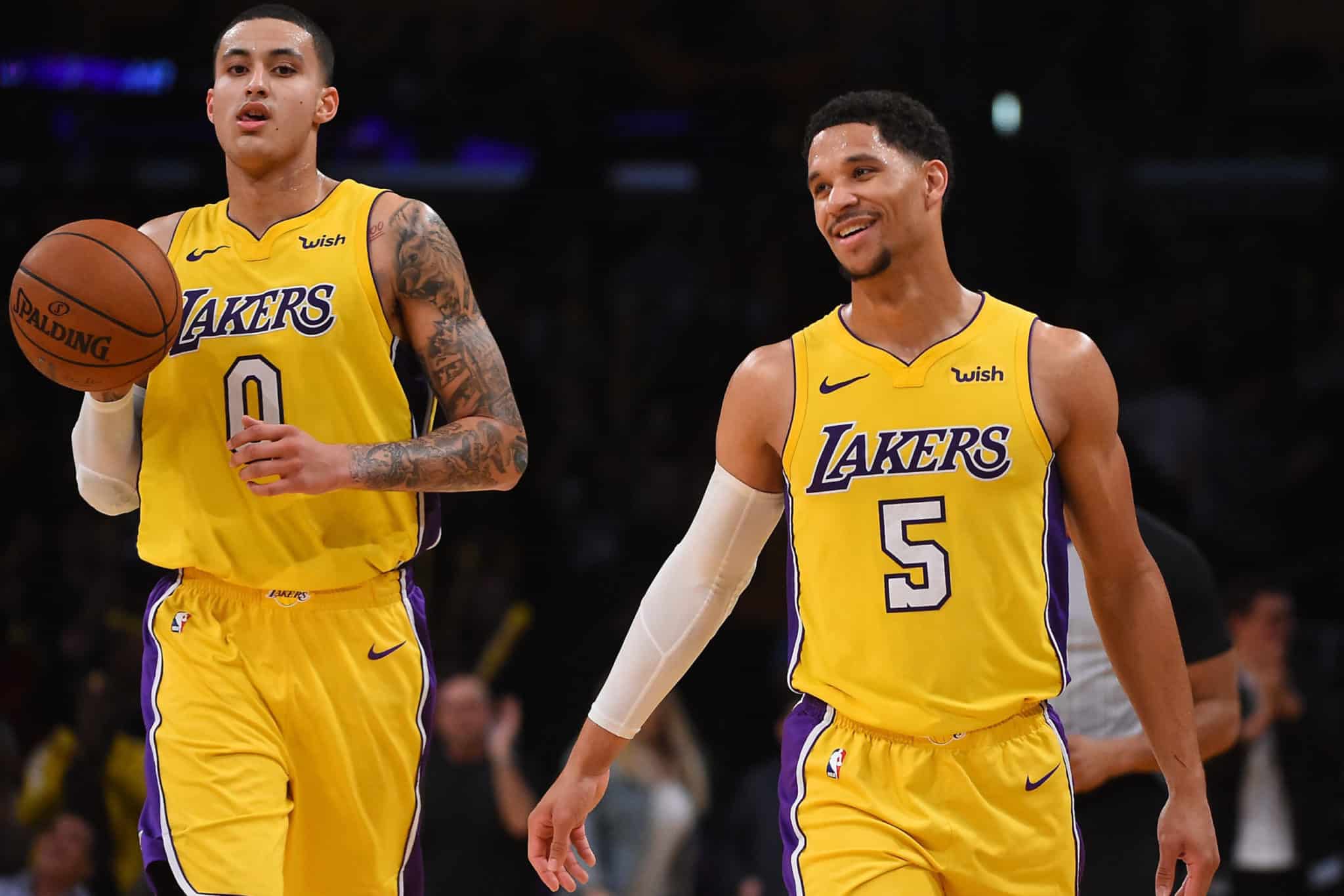