This weekend the paddock travelled to Azerbaijan for the 8th round of F1. The 6.003 km long street track’s long straights and fast corners have always given us entertaining races. This is how it all went down today.

Leclerc lined up on pole with Perez and Verstappen right behind him. Perez had a better start than Leclerc and was side by side with him into turn 1 but he ended up locking his tire allowing Perez to get past him easily. Verstappen also tried his luck but was unable to get past Leclerc then. Other than that not many positions were initially exchanged. Magnussen and Latifi had poor starts causing them to lose 2 positions and 1 position respectively and Vettel was also able to get past Tsunoda before turn 2.

Perez, then in P1, showed great pace in the initial phase of the race, he was able to build a 2.2-second gap to Leclerc in P2 in just a lap. Verstappen was again going at it with Leclerc, although he had much superior straight-line speed compared to the Ferrari, he was still unable to overtake Leclerc.

On lap 10 Sainz had some hydraulic issue and was forced to retire from the race, this would become one of four retirements by Ferrari-powered cars that day. He parked his car on the runoff at turn 4 causing the virtual safety car to come out. Because of this many drivers made their way into the pits as pitting during a safety car or virtual safety car period allows them to change their tires without losing as much time as they would in normal race circumstances.

Leclerc was the first to come into the pits, he was then followed by Vettel and both the Mercedes cars of Russell and Hamilton and the AlphaTauri duo of Gasly and Tsunoda. Vettel ended up overtaking Hamilton in the pits as Hamilton ended up having a slow stop as a result of Mercedes double-stacking their cars.

After getting out on track and chasing down Ocon for a few laps, Vettel finally got past him into turn 3 but ended up locking his tires forcing him to take to the escape road, he was able to make a quick recovery but his mistake still lost him places to Ocon, Hamilton and Tsunoda.

Perez’s pace gradually started to decline, allowing Verstappen to easily overtake him using DRS on lap 15 and build up a 3-second gap to him in under a lap. Leclerc had also found pace on his new set of hard tires, cutting the gap between him and RedBulls from 14 seconds to 6, he was then able to get past Perez when the Mexican driver went into the pits to change his tires.

Verstappen then pitted on lap 19 allowing Leclerc to overtake him, Verstappen came out 13 seconds behind Leclerc but that advantage didn’t last for long as Leclerc had an engine failure on lap 20 forcing him to retire meaning both Ferraris were now out of the race. This was Leclerc’s 2nd retirement in 3 races, his last one being at Barcelona. Soon another Ferrari-powered car, Zhou’s Alfa Romeo, was forced to retire due to an engine failure, this being his 3rd power-unit-related retirement of the season. Both Ferraris retiring massively benefitted Russell and Hamilton with both of them running in P3 and P5 then.

After a few more laps, Magnussen, who drives a Ferrari-powered Haas, had to retire due to an engine failure as well, ending his streak of finishing every race he has started at Baku. This caused another virtual safety car to come out causing both RedBull and Mercedes drivers to pit for new tires. Hamilton lost places to both AlphaTauris upon doing so but was able to overtake them both due to the massive pace advantage he had since as was on new tires.

Tsunoda was later shown the black and orange flag by the FIA and was forced to pit as his DRS actuator broke off his car. To allow him to continue racing the AlphaTauri pit crew had to improvise. they ended up using duct tape to fix the damage caused to the Japanese driver’s rear wing.

Verstappen won the race and was followed by his teammate Perez to secure a 1–2 finish for RedBull, their 3rd one this season. Perez was also able to get the fastest lap point meaning RedBull scored maximum points this weekend, extending their lead at the top of the constructors’ championship to 80 points. Russell finished the race in 3rd place, this being his third podium finish of the season. The finishing order for the top 10 was: VER PER RUS HAM GAS VET ALO RIC NOR OCO.

Verstappen’s victory and Leclerc’s terrible luck meant that the Dutch driver further extended his lead against the Monasgeque by 25 points, with the gap between them now being 34 points. Perez’s 2nd place puts him in 2nd place on the driver’s standings with 129 points to his name.

This result puts Verstappen in the best position for winning the driver’s championship. RedBull initially struggled with power unit issues too but as of now, it seems as if they have solved their problems. Unless Ferrari does the same, Leclerc’s DNFs in crucial moments will come back to haunt him later in the season as we saw with Hamilton last year, where his mistake in Baku ultimately ended up losing him the championship.

Personally, I think Verstappen will win the driver’s championship again this year. What about you? Let me know your thoughts below! 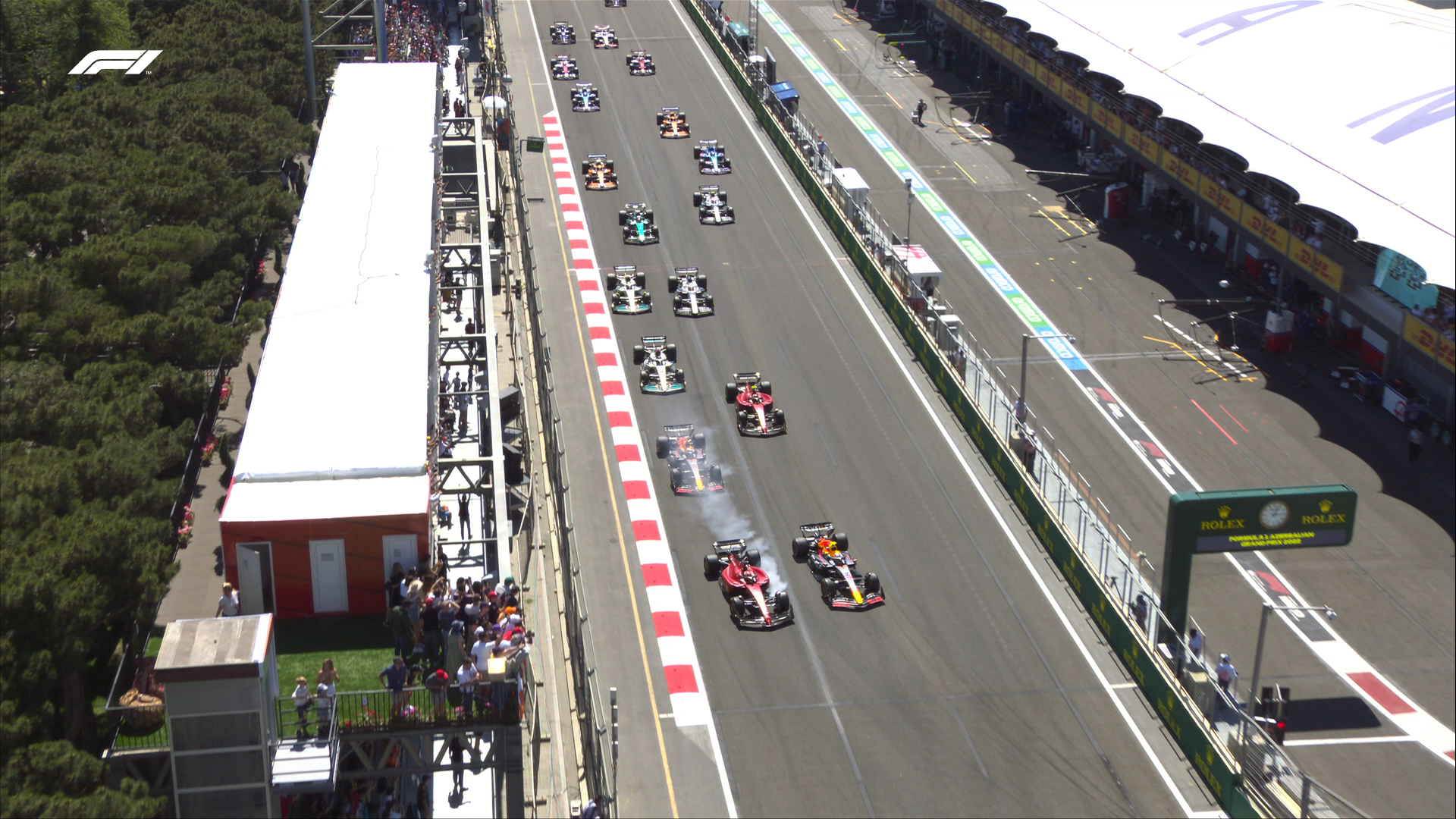