For the seventh consecutive year, this Monday, twelve more stars will go down the Fight MND Big Freeze slide to help raise money as part of the Fight MND’s mission to find effective treatments and ultimately a cure for Motor Neurone Disease (MND).

Due to the current pandemic and state restrictions, things will be slightly different this time around with the event taking place at an empty MCG (2pm AEST).

This will be ahead of the big traditional Queen’s Birthday clash between Melbourne and Collingwood which, due to a forced change of location, will now be at the SCG.

However, it will be broadcast live on the Seven Network, with additional coverage on Fox Footy as well as also being streamed live on Kayo.

This year’s participants are:

AFL legend Neale Daniher, himself diagnosed with this dreadful disease back in 2013, is the co-founder of FightMND which continues to grow from strength to strength with ‘The Big Freeze’ one of the standout features in the AFL calendar.

MND gradually takes away a patient’s use of their arms and legs, their ability to eat and swallow, their speech and ultimately their ability to breathe. The average lifetime expectancy timeframe from diagnosis just 27 months.

Neale, a former Essendon player and Melbourne coach, has so far lived with it for nearly eight years and continues to dedicate his time to educating Australians about it as well as his charity helping to raise more than $45 million to research initiatives.

His courage, strength and selfless attitude along with a real determination to try and live life to the fullest, despite his illness, makes him a true inspiration amongst not just the footballing world but the wider general Australian public.

In 2016, he received a ‘Member of the Order of Australia’ award for all his work and earlier this year, a walkway to the MCG was renamed in his honour with the path from Melbourne’s William Barak Bridge to the ‘G’ now known as Daniher’s Way.

For the ‘Big Freeze 7’, FightMND have set themselves the ambitious target of trying to raise $2million by the half-time interval. Everyone can help the cause by purchasing one of the ever-popular beanies, priced at $20, which are available from Coles, Coles Express, Bunnings or through the fightmnd.org.au website.

This year’s product has the words ‘Play On’ on it which is a reference to Neale’s response to his diagnosis and is taken from the final words at the bottom of the message he wrote when sharing the news with his family.

Whilst they will be useful for keeping your head warm during the winter, it symbolises much more with everyone sold making a real difference and a valuable contribution.

You can find out more about the FightMND campaign by visiting their website: fightmnd.org.au 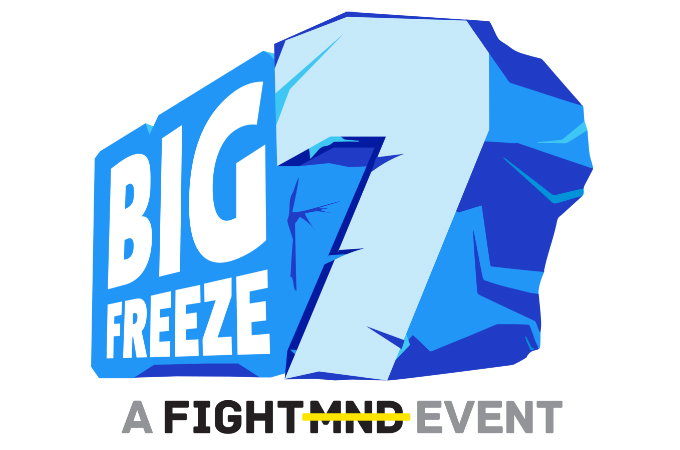