One word to describe the 2022 NFL season? Unpredictable. As we head into week 8 with a head full of steam, only a few things remain consistent with what we thought going into the season. The Bills and Chiefs are Super Bowl contenders, the rookie QB class is the weakest in a long time, and some trades (keyword: some) are panning out as expected, specifically AJ Brown to the Eagles.

What I’m trying to say is, this season has been pure and utter chaos, and I for one am all for it. There’s been a lot of surprises, like the Eagles storming out to an undefeated start, the Cowboys staying afloat even with Dak Prescott’s injury to kick off the season, how hard the Broncos have struggled despite convincing everyone they were going to make a run with Russell Wilson at the helm, and so on and so forth. It would take forever and a day to name them all, so I chose some of the biggest surprises. In my opinion.

With how crazy this season has already been, it was hard, but I believe these are the things that people and especially myself were expecting the least.

The Resurgence of Geno Smith

When the Seahawks had a QB battle between Drew Lock and the player mentioned above, many rightfully assumed that Seattle would be one of the worst teams in the league. However, they currently sit at 4-3 and stand alone at the top of an admittedly weak (at least through these first few weeks) NFC West.

A lot of this unexpected success can be attributed to the career revival of former Mountaineer Geno Smith, who has become a journeyman in the last few seasons before landing in Seattle in 2021. Through 7 weeks, Smith is playing the best football of his career, currently leading the league in completion percentage and is third in passer rating among starting quarterbacks.

In my opinion, Geno Smith’s comeback has easily been the most surprising thing to happen this season, and, with the way he’s playing, the Seahawks could very well find themselves in the playoffs this year. After all, they lead their division and they have a couple of impressive wins on their resume, most notably this last week when they beat Justin Herbert and the 4-2 Chargers by two scores in their house.

No one, not even diehard Seahawks fans, saw this coming, but as Geno Smith himself said- “They wrote me off, but I ain’t write back though.”

The Giants and Jets currently have a combined record of 11-3. Yeah, let that sink in.

It’s been a long time since either of these teams were good individually, so I can almost guarantee that no one expected them both to have winning records this late into the season. Heck, the Giants hadn’t even had a winning record at any point in the season since 2016 before this year.

Sure, their wins might be ugly for the most part, but, at the end of the day, an ugly win is still a win.

Their success can be attributed to new personnel. Not just new players like Sauce Gardner and Kayvon Thibodeaux, but new coaches Brian Daboll and Robert Saleh. Whatever these guys have done to change the gameplan and even the culture around their respective teams has evidently worked like a charm.

Whether they’ll be able to sustain this success late into the season, well, we’ll have to see if that happens. But the future is bright at MetLife Stadium.

The Rookie Running Back Class is LOADED

The only running back from the 2022 class that I heard a significant amount of hype around was Dameon Pierce and, while he has been arguably the rookie of the year (at least on offense) so far, this running back class runs deep. Real deep. Outside of Pierce, you have Kenneth Walker III out of Michigan State and, while he, unfortunately, is out for the season, Breece Hall has been more proof that the Jets have struck gold in this past draft.

Hopefully when Hall comes back next season he’ll build off the potential he has shown off so far.

Outside of that big three, you still have a couple of under-the-radar rookies at the running back position that have could end up being big contributors for their respective teams in the future, like Tyler Allgeier for the Falcons and James Cook for the Bills.

While the QB draft class has been one of the weakest in a while, the running back class has surpassed expectations and may just be one for the ages, considering the promise we’ve already been shown from it.

Players get old. This shouldn’t be surprising, since Father Time never loses, but seeing former football titans like Tom Brady and Aaron Rodgers fall is surreal, to say the least. Despite the impending mortality, it always felt like these two guys would never fall victim to old age, yet it’s happened.

Now, there is a lot of season left, but neither of these guys looks anything like we’re used to, which could partially be attributed to injuries and losing key players, but their older ages, especially by football standards, is the big reason Brady and Rodgers aren’t performing at the level they should be.

At the time of me writing this, both of their teams currently sit at 3-4, one just barely leading the division while the other is in 2nd place. Has Father Time finally caught up to these future Hall of Famers? Or is this just a rusty start to the season? I believe the first one is most likely, and this very well could be both Brady and Rodger’s sendoff into retirement.

So, those are the biggest surprises of the season- in my opinion. What would you put on here? 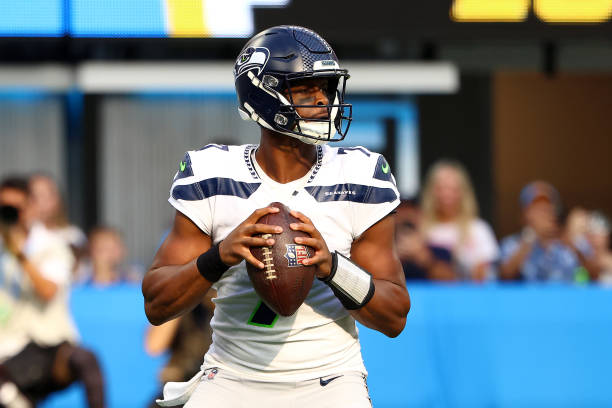