The NRL kicked off this weekend, with the defending premiers Cronulla hosting the Brisbane Broncos to open the round. The boys from Queensland came out on top with a strong defensive showing, 26-18, where the Sharks were shorthanded with the likes of Ben Barba and Valentine Holmes missing from the premiership side of 2016. Although they conceded three tries, the Broncos held the Sharks off their line many times in repeat sets, and soaked up the pressure with their highly ranked defensive back line.

Both sides enter the season losing two key veterans, in which doubt hovers over the replacements and their reliability. Michael Ennis was a key component for the Sharks in their Grand Final run last year, and helped them to final’s appearances since his arrival in 2015. Aside from his sledging, Ennis was an intelligent dummy who opened up the defense through his high rugby league IQ. Former Broncos captain Corey Parker became better with age it seemed, and his ability to hit up and offload the ball to re-penetrate the opposition defense was a brilliant trait. That is a quality that newly-adapted lock Josh McGuire possesses, hitting the defense hard keeping the play going with support. McGuire was the man to make that switch, and so far it has turned out well.

Brisbane’s first four games are all against top four teams from the previous year. They host the Cowboys next weekend, renewing what is arguably the biggest rivalry in the game right now. The Storm will host Brisbane in round 3, and then they will return home to play the high-powered offense of the Raiders in round 4. After these four games, the Broncos have a relatively easy run from round 5 to 11, with games against the Panthers and Roosters possibly troubling them. The biggest issue for the Broncos, and a rising issue in the NRL overall, is the level of depth in teams. This has not been a huge issue in the past, but last year saw Brisbane dig deep for replacements to injured players from Origin and club duties. Most notably Matt Gillett and Sam Thaiday were out for periods towards the end of the season. On top of that, Milford and Hunt were out of form and the likes of Nikorima and Ofahangaue, big pieces off the bench, also suffered injuries. This can hurt the big teams of the competition like the Storm and Cowboys, who commit a lot of players to Origin duties, but Brisbane may have sold the issue for themselves in 2017.

The singings of Benji Marshall, Tautau Moga, David Mead, Korbin Sims and Mitchell Dodds all add so much talent to a team who lost two players worth replacing in the off season. It is hard to find the perfect replacement for Parker, and there is no way the new acquisitions are on the same level of what he produced. But with guys like Dodds and Sims coming off the bench, and being able to produce similar levels to the starting forwards should give Brisbane a great amount of consistency during the course of their games, and releasing pressure from the big guys like McGuire, Thaiday and Blair.

Ben Hunt has not been the same since 2015 when Brisbane made their last Grand Final run, and that form has not looked like returning for a while, arguably due to the power struggle between himself and Milford. Hunt’s performance against Cronulla was average, very average. His kicking game at times was slid, but mostly under par. His running game also, in which he is known to hit the line hard and break tackles, has been almost inexistent for a year. Marshall proved when he arrived at the Dragons mid-way through 2014, that he still has some juice left in him. Marshall almost had too much weight on his shoulders, and little help. His kicking game and good touches can aid Milford, and possibly during a stretch of bad form, Bennett will look to play Marshall over Hunt – which will work wonders.

Milford was primed for a Daly M medal last season, but almost too much responsibility became his ‘kryptonite’. With Ben Hunt moving on in 2018, Bennett may give Milford the nod as the go to man to lead the halves. His solo try on Thursday night to seal the win for Brisbane was a glimpse at his brilliant footwork and ability to evade even the biggest defenders. His kicking game remains a small weak point, but with help from Marshall and Hunt throughout the season, Milford should be in the running for a Daly M medal.

The Cowboys and Sharks both have weaker sides in 2017, which could open the door for other teams to swoop in and take a top four spot – Brisbane have the class, the depth and the coach to do so. Wayne Bennett said that his side are still “weeks away” from being at their best, and if so, Brisbane should be a top notch side. Defense was their strength on Thursday, and when they needed to they converted on their offensive opportunities. The mid way point of the season is where the likes of Sims and Mead will become key components, allowing for their starters to rest up ready for the Finals. 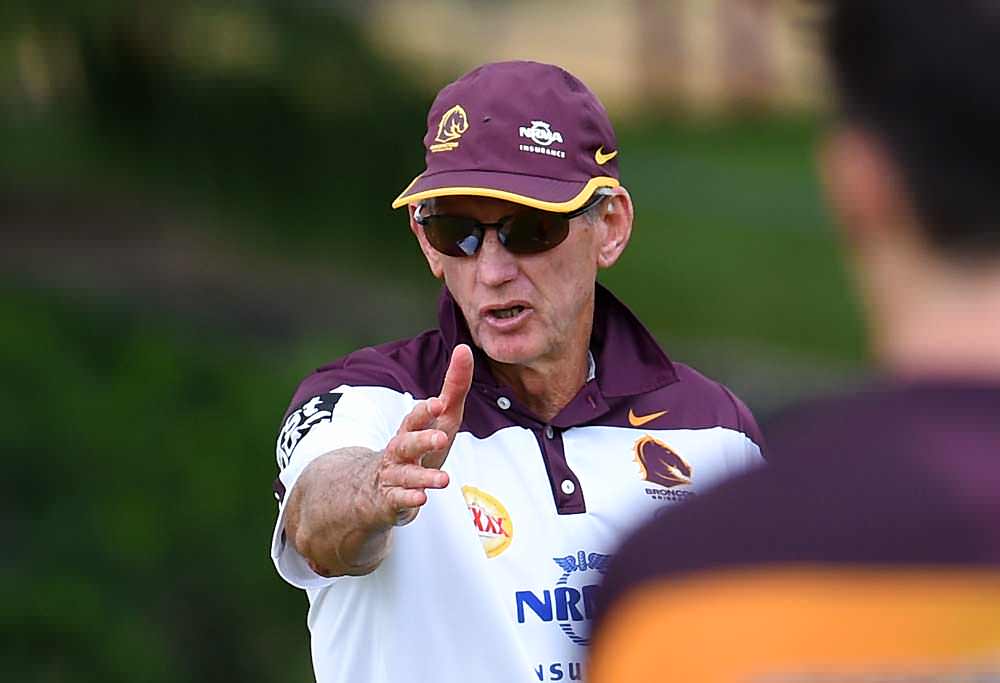