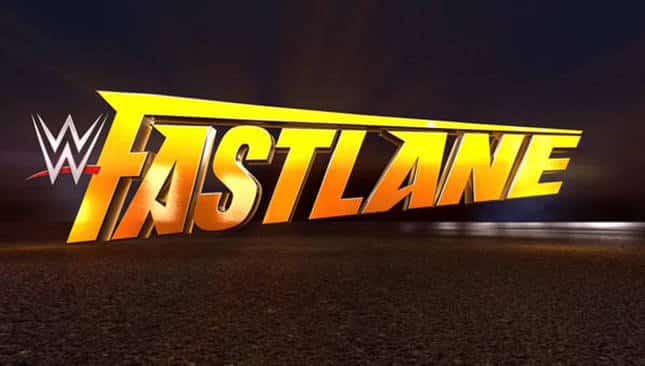 The last pay-per-view before Wrestlemania 33, Fastlane (2017) was an underwhelming affair. There were questionable booking decisions that left many fans fuming. Going forward, the Raw brand needs a lot of work to do before finalizing their bouts for Wrestlemania.

Let’s look at the results before analyzing the top incidents of WWE Fastlane.

These are the biggest takeaways from the pay-per-view:

Zayn vs Joe kicked off the proceedings of the night but could not reach its peak point. The storyline was good and both the men are super talented athletes. The match was good as well, but not an instant classic. Both men have better matches in their résumé at WWE.

WWE followed their usual path of Zayn being resilient despite the repeated onslaughts of a monstrous heel. In the end, it was simply not Zayn’s day as Joe won the bout after applying the Coquina Clutch.

This does not stall the momentum of Zayn but leaves him without any directions heading into Wresltemania. WWE should wisely book him in a decent program at the show of shows. Someone like Zayn deserves better than this sort of uneven booking. Joe on the other hand, has big things waiting for him. He will probably play a significant role in the Triple H-Seth Rollins storyline.

The card was stuffed with filler bouts

The Fastlane card was mostly filled with Raw quality matches; matches that do not have the specialty to be on a pay-per-view. Bouts like Nia v Sasha, Cesaro v Jinder Mahal and Big Show v Rusev are nothing special to be featured on the Fastlane card and Jinder Mahal getting ring time worth eight minutes is simply astounding.  These were filler material which diminished the quality of the pay-per-view.

WWE plainly hinted that with these matches stuffed in the middle and lasting longer. the main event would be short. Fans were not even hooked to these bouts. Big Show was booked to face Rusev without having any buildup. The brawl between Rusev and Jinder Mahal earlier was a hurried move on the creative’s part. Going forward, it is due to these odd booking choices that will keep fans sulking when they recall Fastlane.

This was the match of the night. They had the perfect chemistry and worked an excellent match. Gallagher proved that he could go toe to toe with Neville. It will be difficult for the creative to overlook Gallagher and concentrate on pushing Rich Swann or the other babyfaces as challengers for the Cruiserweight title in future.

Neville wrestled his best match till date as the champion. There were some exciting spots and the crowd was really invested in the bout. Neville’s win and Austin Aires’ teases hint at a future program between them for the title. However, at Fastlane Jack Gallagher proved that he could perfectly hang in there with the top talents of the division.

Reigns vs Strowman surprised the fans

Reigns and Strowman had a surprisingly good match. Fans did not expect much from these two but they had an intense match which many did not see coming. The match depicted a monster heel who left no stones unturned to put away his enemy. The table spot was splendid. The face overcame the odds and took advantage of the heel’s miscalculated risk to win. This bout once again proved the positive attributes of Roman Reigns.

Although this loss does not ‘bury’ Strowman in any way, the creative team could have booked the ending differently. WWE could have used this match to ignite Reigns’ feud with the Undertaker by having the Phenom interfere. The Deadman’s appearance could also have drawn more fans to the pay-per-view and his interference could be booked as a revenge against Reigns for eliminating him from the Royal Rumble match. WWE thus missed a huge opportunity with the booking of that storyline.

Charlotte vs Bayley was strangely booked

The Raw Women’s title match disappointed the fans. Firstly, the match could not hit full gear at any point. It also could not justify its place as the penultimate bout in the card. Bayley and Charlotte somehow lacked the chemistry.

Secondly, the ending was quite a sloppy booking by the creative. The referee seeing Sasha’s interference and her subsequent fight with Charlotte should have called for a DQ finish. Fans were left questioning this decision and it negatively affected the narrative of the plot.

Thirdly, WWE should have gone for the DQ finish that would have kept Charlotte’s pay-per-view win streak intact whilst keeping the belt on Bayley. Charlotte losing her streak at Fastlane and not in a grander stage like Wrestlemania diminishes the significance of her streak a lot. Overall, the match was a clumsy affair and could have been booked very differently to utilize the talents of both the women.

It was a very predictable and lackluster main event

It was a foregone conclusion that Goldberg would beat Kevin Owens at Fastlane for the title. However, the main event lasting for merely 22 seconds does not help any of the men. It would have been much worse had Chris Jericho not interfered in the match.

Owens was starting to build momentum as the Universal Champion. He was gradually becoming the heel champion he was at NXT. The defeat and Jericho’s interference sets up their clash at Wrestlemania. WWE would be wise to insert the US title in the feud since it deserves to be defended at Wrestlemania.

Conversely, this match proved that Goldberg is unable to work a decent match with today’s generation. With him as the champion and Lesnar being touted to win at Wrestlemania, fans probably won’t see the title much in the house shows until SummerSlam where Lesnar is supposed to drop the title. Their Wrestlemania bout is in danger of disappointing the fans for the third time in a row.

The main event scene of Raw looks quite bleak heading into the grandest show of them all which isn’t something good for WWE. With four weeks left before Wrestlemania, WWE must act now to further the plots of the storylines and build genuine interest among the fans. Otherwise, Wrestlemania 33 would follow its predecessor Wrestlemania 32 as yet another boring and predictable pay-per-view.