He makes every team he joins better. Every team. With the NBA playoffs upon us, the Phoenix Suns the second seed in the Western Conference, let’s review the Suns’ and Chris Paul’s season, and the effect he’s had on previous teams he’s joined.

Drafted with the 4th pick in the 2005 draft, the impact that Paul had on the team was immediately noticeable. Taking the Hornets from to a joint second-worst record of 18-64 to 38-44 in his first season, he won the Rookie of the Year, one vote shy of the infamous unanimous award.

Improving year on year, in his third season, Paul’s third, led the Hornets to a 56-26 record, second in the West whilst leading the league in assists and steals, with 11.6 and 2.7 respectively. This earned him his first All-Star appearance as well. Paul was becoming and leader and a star in this league.

The next three seasons saw playoff appearances but to no avail, the only season the Hornets missed the playoffs being the season Paul was on the side-lines for large proportions of it. The Hornets had a star, but were looking to rebuild. The trade market was going to be crazy.

What Could’ve been – The Los Angeles Lakers

During the 2011 offseason, the NBA was in a lockout. The NBA and NBPA (National Basketball Players Association) were butting heads. At the time, the New Orleans Hornets was placed in control of the league’s then-commissioner, David Stern.

During the lockout, the Los Angeles Lakers put together a package to trade for Paul, negotiating the GM of the Hornets. The GM wrongly thought he had control over the situation and when the trade was sent through, Stern vetoed the trade due to the lockout being in place.

With the lockout ending and Paul evidently being on the trade block, every team was putting together packages to trade for the league’s best point guard.

Within a week, the Los Angeles Clippers had landed CP. Joining a young Blake Griffin, who just won Rookie of the Year, and young DeAndre Jordan, Lob City was created.

A fast-paced offense, mixed in with highlight-reel dunks from Griffin and Jordan, the Clippers were a yearly contender and the most exciting team to watch in the NBA. In his first season, Paul improved the Clippers from a 39% to a 61%-win team in the shortened lockout year, being named to the All-NBA First Team, the first LA Clipper to do so.

Perennial playoffs contenders and an outside chance to win the Championship, the Clippers probably didn’t live up to expectations considering the talent they had on their roster.

Leading the league in assists for two years and steals for four, mixed in with a All-NBA Defensive Team, every year he was at the Clippers, Paul stock was still seen as high despite never making it to the finals.

After six years with the Clippers, they were entering a rebuild and with Paul being towards the supposed end of his prime, Paul was traded to the Houston Rockets to join forces with James Harden.

His impact was evident. Paul and Harden led the Rockets to a league-leading record of 65-17, the Rockets were seen as real contenders for the Championship. With the League MVP James Harden and a point guard in Chris Paul who will let him cook, the Rockets were for real.

Breezing through the Minnesota Timberwolves and the Utah Jazz, the Rockets met the Championship favourites, the Golden State Warriors, in the Western Conference Finals.

In a back-and-forth series, entering game five 2-2, Paul injured his hamstring towards the end of game five. Despite holding on to win the game, the Rockets were not in a good position to see out the series. Against the Warriors, down a star, this was not a good mix.

The Rockets lost game 6 and 7, both by large margins, the Rockets obviously reeling from the Paul loss. If he stayed healthy, what could’ve happened? They had the momentum. A big what if of the season.

The 18-19 season was somewhat of a down year for the Rockets, finishing fourth in the Western Conference and bowing out to the Warriors again in the second round of the playoffs. The Rockets needed a restructure, seeing Paul on the trade block again.

The Rebuild – The Oklahoma City Thunder

Traded to the Oklahoma City Thunder, the Thunder were in a noticeable rebuild. But with a player like Paul, everyone on the roster is elevated. Surrounded by young and hungry players, OKC made a great regular season run, surprisingly finishing 5th in the West.

Creating a new star in Shai Gilgeous-Alexander and having a Sixth Man of the Year contender in Dennis Schroder, OKC were definitely the surprise of the year.

They pushed the Rockets to a 7th game in the first round of the playoffs, ultimately losing but they had a great young core and foundation to build upon. The Suns undoubtedly saw the impact having Paul on your roster has, making a move in the offseason to secure his services.

With a young star in Devin Booker and a rising one in Deandre Ayton, Paul’s experience and know-how would definitely be needed to elevate these two players.

Finishing 10th in the West the season prior, Paul has elevated the Suns to an unlikely 2nd seed in the West just behind the Utah Jazz. Booker and Ayton both having career years as well and getting the most out of role players such as Miles Bridges, the Suns seem for real.

Chris Paul has shown again his ability to elevate teams, resulting in him being an outside shout for this year’s MVP. They now face the Lakers in a first-round series in the playoffs, likely the most difficult series to come through. Can the Suns do it and Chris Paul cement his legacy? 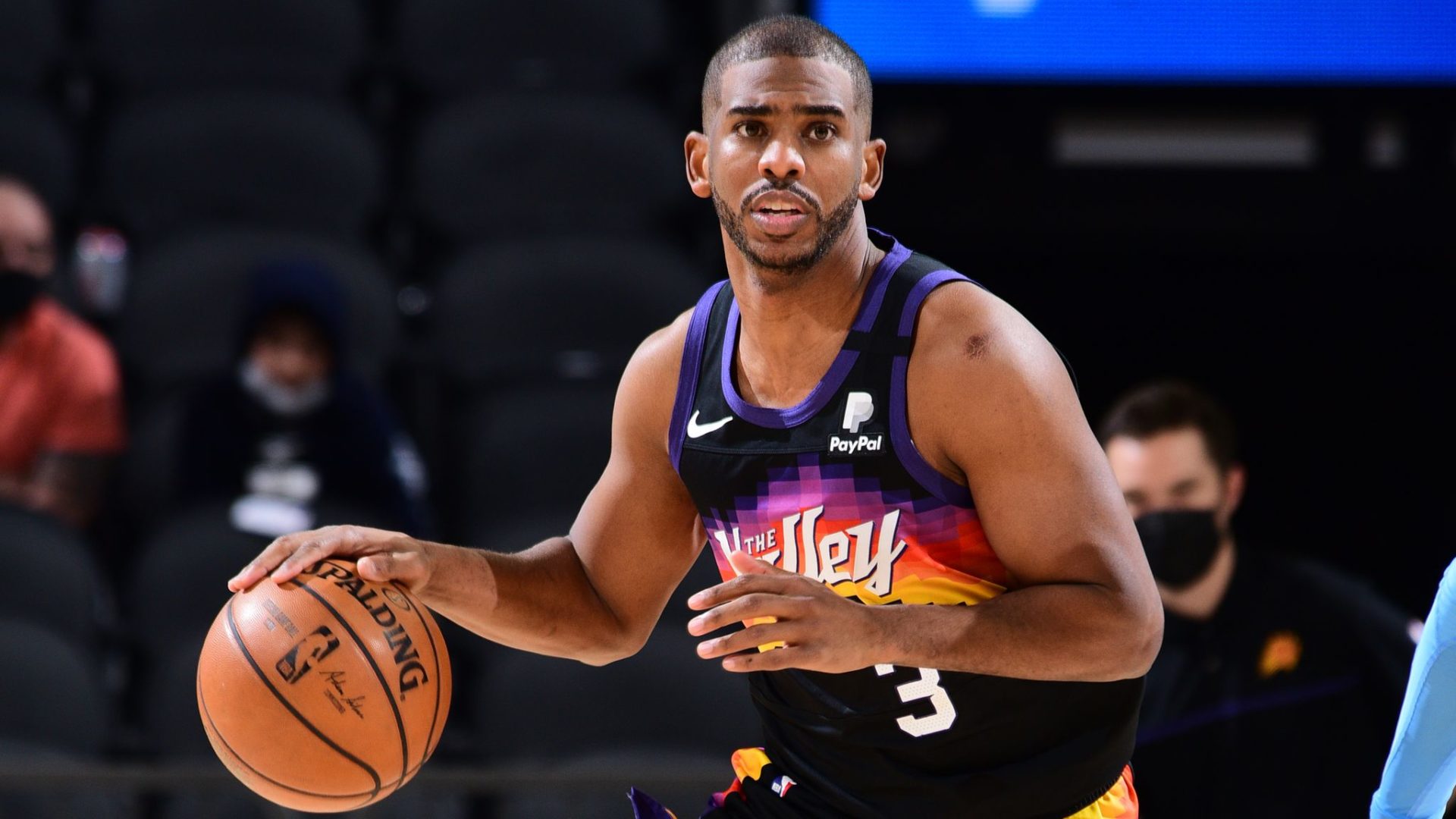