Raulian Paiva desperately wanted to make weight for his upcoming bout against David Dvorak. In order to do so, he took some unconventional methods commonly used by fighters and jockeys to qualify. Although these tactics are known throughout sports that require participants to meet the desired weight, they are often dangerous to the human body. Paiva found this out the hard way when his drastic weight cut led to a hospitalization and forced him to pull out of the fight.

Paiva was replaced by Juancamilo Ronderos. Having taken the fight on short notice, he was beaten by Dvorak via a submission at the 2:18 mark of round one. Unfortunately for Dvorak, his performance was taken off of the main card and replaced with Ricardo Ramos vs. Bill Algeo. As always, the main card had a lot to offer fight fans. Let’s get into it!

Edmen Shahbazyah came out aggressive in round one, leading the attack with his left jab. Jack Hermansson repsonded by attempting a takedown but Shahbazyah wisely avoided contact. Shahbazyah would go on to control the momentum for the remainder of the round, keeping Hermansson close to the cage and preventing him from mounting an attack of his own.

In round two, Hermansson scored an early takedown and attempted to ground and pound Shahbazyah into submission. However, Shahbazyah was able to work his way back to his feet, avoiding his opponent’s attempt to gain the dominant position. Shahbazyah was later unsuccessful in an attempt to establish a chokehold an the round ended with the two fighters grappling on the mat.

Hermansson scored an early takedown to start round three and maintained the dominant position. After being bested in a grappling match for the majority of the round, Shahbazyah was eventually able to free himself up and get back to his feet. However, by this point Hermansson had a firm grip on the momentum of the fight. He concluded the round with a couple of emphatic strikes that seemed to send the judges a message that he was clearly the better performer. They agreed; Hermansson walked away with a unanimous decision victory.

Ramos started round one with an attempt to put Algeo in a chokehold. It was unsuccessful and the two men grappled for a large part of the round, with neither of them initially able to establish a clear cut advantage. Ramos’ work ethic eventually paid off, as he was able to score four takedowns during the round.

Round two again saw Ramos take the fight to a backpedaling Algeo. Not only did he determine which part of the octagon the fight took place in, he also attempted more strikes and calf kicks. Algeo looked as if he had no answer for Ramos’ constant pressure.

In round three, Ramos upped his activity another notch and Algeo’s response was insufficient. Ramos walked away with a unanimous decision victory, in what had to be the easiest fight of the night to score.

Spencer and Dumont were both very cautious at the beginning of their three round bout. In round one, neither fighter attempted a takedown and as a result there was never a clear advantage in either direction. Their attempts to land strikes were laced with respect for the other fighters counterpunching ability.

Round two saw Norma Dumont finally get aggressive. She landed a couple of nice strikes that seemed to wake Felicia Spencer up. Spencer, now fully aware that she was in a fight, responded with a nice high kick that landed squarely on the side of Dumont’s face. It was Spencer’s best moment of the night.

In round three, Dumont decided that she would takeover.  She scored an impressive takedown but was unable to establish clear dominance. Spencer showed she has skill on the mat as she was able to keep up with Dumont as they grappled. This fight did not have a decisive winner; Dumont walked away with a split decision victory. It’s not unthinkable that these two should have a rematch to find out which one of them is truly the better fighter.

Although both men started the fight off rather cautious, it was the knee from Vanderaa to the side of Tafa’s face that was the most impressive blow of the match. In a rather uneventful opening round, the two men finished by exchanging a series of calf kicks.

In round two, Vanderaa showed why he is a respected striker when he landed an impressive combination. However, Tafa responded with an impressive counter punch of his own. The counter was good enough to open up a nasty cut on Vanderaa’s forehead and Tafa clearly gained confidence. He finished the round with a nice combination and the momentum.

In round three, Vanderaa proved to be the hungrier of the two fighters. He increased his activity and took back momentum of the fight. Vanderaa hit Tafa with a low blow with 37 second left in the round; Tafa responded by trying to mount a comeback when the fight resumed. His efforts proved to be futile as Vanderaa was awarded a unanimous decision victory.

Carla Esparza fought like she had something to prove. As soon as round one began, she went for a takedown. She was able to establish the dominant position and proceeded to ground and pound Xianon for the remainder of the round, opening up a cut on her forehead in the process.

Esparza put an exclamation point on her performance in round two. After an early takedown she showered Xiaonan with a brutal array of strikes that left the referee with no choice but to stop the fight. For fans who aren’t in love with the skill of the sport and only crave brutal violence, this would easily be the fight of the night.

Cody Garbrandt started round one with an impressive high kick. However, Font remained unfazed and responded with a series of calf kicks. Garbrandt was able to score an impressive takedown with under two minutes left in the round. Font again recovered and landed an impressive striking combination with under a minute left.

Garbrandt scored another big takedown to start round two. However, Rob Font displayed the poise that only a savvy veteran could possess. He remained calm and was able to steal the momentum for the remainder of the round. He dominated the latter parts of round two with elbows and strikes and it became clear that Garbrandt was frustrated that his strategy was less affective than he anticipated.

In rounds three and four, Cody Garbrandt’s conditioning was called into question. He was clearly out of breath as his opponent seemed to gain his second wind. Font remained in control and his decision to lead with the left jab before following with combinations proved to be a wise one.

In round five, Garbrandt switched up his strategy and decided to strike Font’s body before going upstairs for head blows. He found some success with this approach and was able to score on more than one occasion. However, Font again remained unfazed and went back to his original strategy, leading with the jab to set up other opportunities. This was an entertaining fight but the decision was never in doubt. Rob Font was awarded the unanimous decision victory.

UFC’s next fight night is on June 5th. So far, this year has produced some memorable moments that rival the excitement of last year’s events. The world’s most popular MMA organization continues to stage fights worth watching. It’s a formula that should continue to make them successful for years to come. 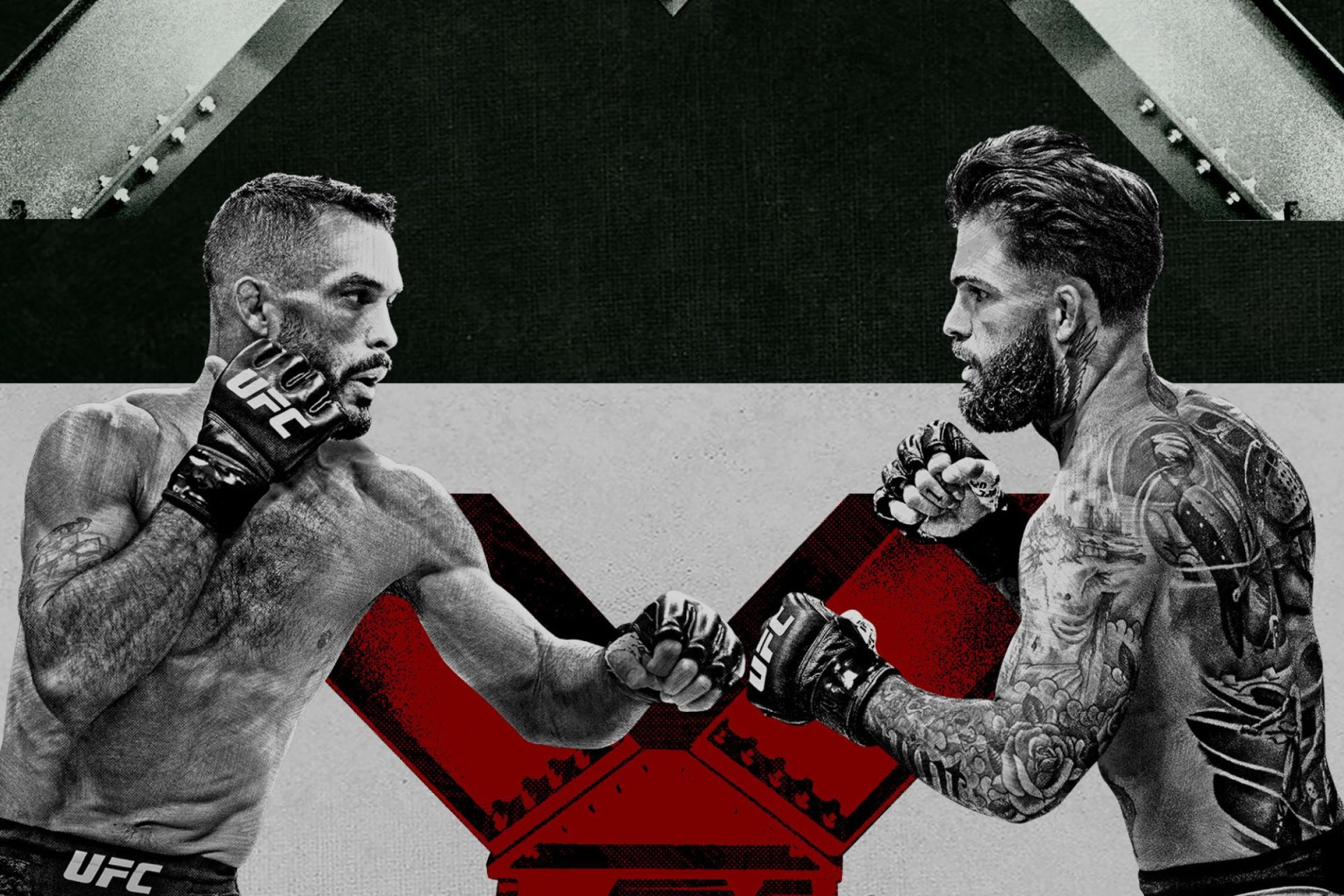