This is not your typical sports article. It’s certainly not the type of article anyone who’s familiar with my work has grown accustomed to, and I don’t know when the next time I’ll write something like this will be. Normally, I focus on sporting events, the athletes, coaches and teams involved in the actual games.

However, the Columbus Crew Soccer Club’s Saturday night win over the Seattle Sounders Football Club in the MLS Cup had an impact that reaches far beyond sports. In the midst of economic trials mirrored the world over, Columbus has become a city riddled with violence and crime. The Columbus Crew serve as a beacon of hope and their championship victory serves to remind residents of the city that there is still good in the world, even during increasingly trying times.

My history with the City of Columbus

Before moving to Chicago, I actually lived in Columbus for a period of time. Known for its the inexpensive cost of living and the abundance of colleges and universities, it is as good a place as any to finish undergrad. I went as far as interviewing for an assistant basketball coaching job at Columbus State, the local junior college, before deciding my professional goals were best suited elsewhere. However, no matter where your journey in life takes you, the people you meet along the way are most important a part of the experience.

It was while finishing my degree that I began coaching summer travel basketball. The kids I coached were fourteen years old, just finishing eighth grade and preparing for their freshman year of high school. The organization I was a part of was sought after enough that we had to have two teams at the same age group.

It was under these circumstances that I met Dejuan, referred to by everyone as “Big Juan.” He coached our other group of fourteen-year-olds and our two teams often traveled together. Over the course of that summer, coaching in tournaments in cities like Cleveland, Cincinnati and Indianapolis, I forged a friendship with Big Juan that will last a lifetime.

A City That Has Fallen on Hard Times

Over the years, Juan has given me some of the best updates along with some of the worst updates any former coach could hear. Some of the kids we coached that summer went on to play college basketball on athletic scholarships. A couple of them gave up on basketball but still went to school. And sadly, a few of them became teenage fathers and wound up incarcerated and unemployed. We never produced a legendary success story, no rags to riches tales of street kids making the NBA. Our only goal was to help turn these kids lives around; we wanted to keep them out of the streets.

On a Friday night in November, I sat in my living room watching a college football game; the match-up featured the Iowa Hawkeyes against the Minnesota Gophers. To be honest, the affair was rather lopsided and I was beginning to get bored; Iowa has a much better program that Minnesota does. That’s when my phone rang. I looked at the caller ID to see who it was. It was Big Juan.

He didn’t even wait to give me the news, as soon as I answered the phone he dropped it one me. “Columbus just broke the record,” he said. My heart sank. You’re probably wondering why I would be disappointed about a record-setting event by a city I have a history in. The answer is because it’s a record every city has but no city wants to break. On November 13th of 2020, the City of Columbus set an all-time high for most homicides in a calendar year…

In a year when restaurants, nightclubs and bars around the world have been forced to operate on restricted hours, Columbus was no exception. The economic impact this had on people in the service industry was absolutely immeasurable. When talking to those I’ve kept in touch with, I’m saddened time and time again to hear that another one of our old hangouts has closed it’s doors, most likely never to open again.

That’s one of the reasons the increase in crime and violence was so puzzling to me. “What’s going on there,” I asked Juan. “It’s the kids,” he told me. “The sports and extracurricular activities have been restricted but the youth are still outside. Without anything constructive to do, they’re left to nothing but mischief.”

Fast forward to Saturday night. Again I’m sitting in my living room, this time watching Top Rank Boxing’s fight card, headlined by Shakur Stevenson. The main event had not yet started when I heard my phone ring. It was Big Juan again.

This time when I answered the phone all I could hear was cheering. “What’s going on there,” I shouted, trying to overcome the screams. “We won! We won the MLS Cup,” he shouted back. Among the 1500 fans in attendance at Mapfre stadium in Columbus were “Coach Juan” as they refer to him and five of the fourteen year olds he coached over the summer.

Throughout the trials of cancelled tournaments and restricted travel, Juan still managed to hold as many practices for the kids as he could in an effort to keep them off of the streets. As a thank you for their hard work, he’d taken a group of standout to the MLS Cup game. The fact that the home team won was icing on the cake. I sat there in my living, thinking of the city I’d left years ago and the struggles it is now enduring. “I’m proud of you man,” I told Big Juan. “I’m really proud of you…”

The truth is, having grown up in the States, I never followed football as intensely as the rest of the world does. We’re the only nation who refers to the game as soccer and our professional league is among the newest in the sport. However, whether or not I am an avid follower of MLS is irrelevant; the Columbus Crew Soccer Club gave an aching city something to smile about.

Over the course of the next two days, I received several phone calls similar to the one I received from Big Juan on Saturday night. No one else I have kept in touch with was in attendance for the championship-clinching game but the same sentiment could be heard in all of their voices. They were champions. In a city whose economy has taken a hit, whose streets have become more violent than ever, and whose reputation is no longer that of a family-friendly place with a great cost of living, people finally have something to be proud of.

Over the years there have been many discussions about the value of sports in society. I, for one, have never doubted the positive impact that being involved in sports can have on an individual and on society. Most of my friends and I can say that if it weren’t for athletics we wouldn’t have college degrees. Imagine the different trajectory our lives would have taken if we were forced to look for good paying manual labor jobs in a society where they are increasingly rare.

Sports has given us hope, to play, to gain an education, to coach and to mentor. Sports has taken us off of the streets and taught us discipline. We’ve learned that through hard work we can achieve our goals; incarceration and unemployment do not have to be our reality. In trying times, sometimes we need reminders of the lessons we learned growing up. By winning the MLS Cup on Saturday night, the Columbus Soccer Club became a beacon of hope and a symbol of what’s to come. 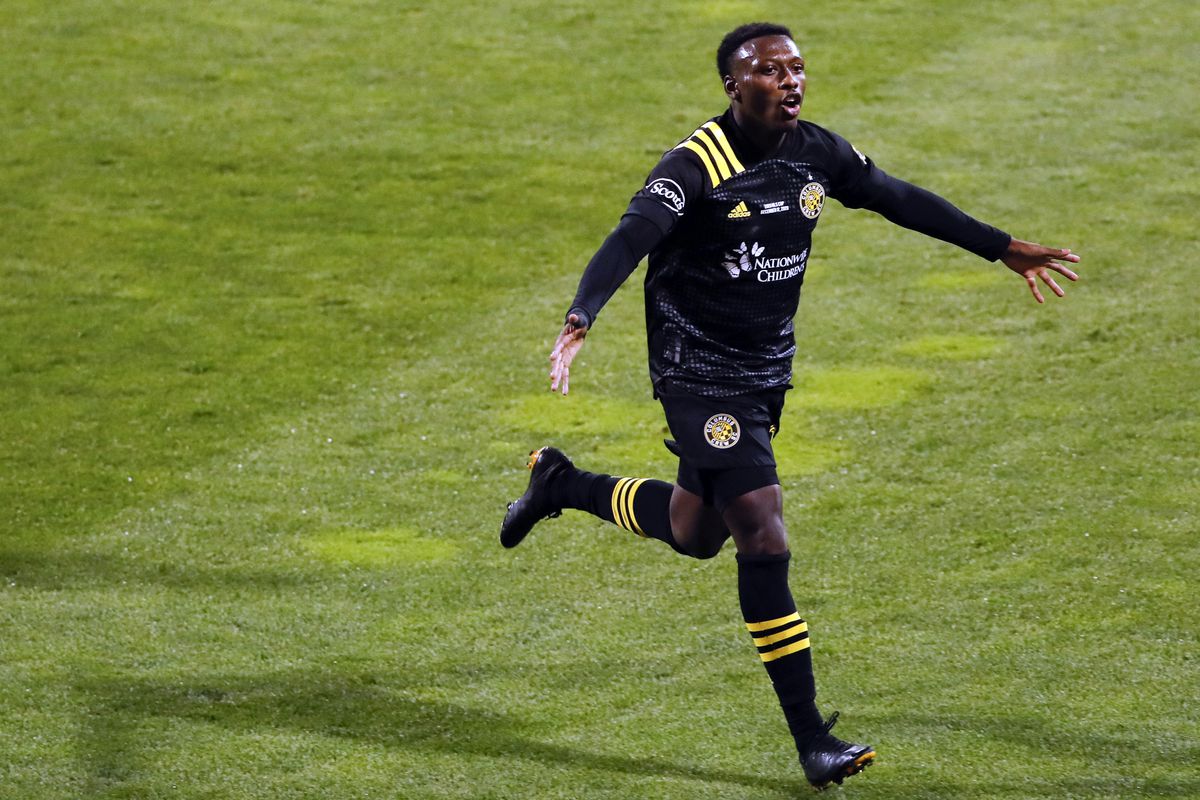