The Browns have sold their soul and the organisations reputation all for a chance at relevancy in the NFL and a chance at Super Bowl glory.

This weekend saw the most controversial trade in the history of the sport reach its conclusion as Deshaun Watson got his move from the Houston Texans to the Browns in a blockbuster but disappointing move. Despite the ongoing legal troubles Watson is facing with 22 women accusing the quarterback of sexual assault and misconduct during massage sessions, the Browns have pushed for the biggest trade and most lucrative contract in league history.

In exchange for the three-time pro bowler it is reported the Texans have acquired three first-round picks, including the 13th overall pick in the 2022 draft, 2023 third rounder and fourth and fifth rounders in 2024. They then proceeded to offer Watson an insane five-year, $230 million guaranteed contract. The juxtaposition of Watson one moment facing a deposition for his heinous actions and the next, signing the largest contract in the game’s history leaves a sour taste in the mouth.

Unlike the Texans who released their statement on Friday, the day the deal was reported, the Browns brass hid from the spotlight and cowardly released the below statement two days after reports were released.

“We spent a tremendous amount of time exploring and investigating the opportunity to trade for Deshaun Watson. We are acutely aware and empathetic to the highly personal sentiments expressed about this decision. Our team’s comprehensive evaluation process was of utmost importance due to the sensitive nature of his situation and the complex factors involved. We also understand there are still some open legal proceedings that are ongoing, and we will respect due process

“It was pivotel that we, along with Andrew Barry and Kevin Stefanski, meet with Deshaun to have a straightforward dialogue, discuss our priorities, and hear directly from him on how he wants to approach his career on and off the field. He was humble, sincere, and candid. In our conversations, Deshaun detailed his commitment to leading our team; he understands and embraces the hard work needed to build his name in both the community and on the field.

“Those in-depth conversations, the extensive evaluation process, his dedication to being a great teammate and devotion to helping others within the NFL, within the community, and through his charitable initiatives provided the foundation for us to pursue Deshaun. We are confident in Deshaun and excited about moving forward with him as our quarterback and supporting his genuine and determined efforts.”

This statement feels like a horribly erroneous excuse for why the incompetent franchise has favoured success and in the process making their female staff feel marginalised and uncomfortable while potentially putting them into a dangerous position at their place of work.

In recent years the Browns have found success with their 2020 season where they finished 11-5 and made the divisional round of the playoffs for the first time since 1994. This taste of success for an otherwise embarrassingly run organisation has resulted in the complete abandonment of morals and ethics that our society lives by all for a chance to win the Super Bowl. A bitterly disappointing thing to see happen in 2022.

While the Browns conducted their own investigation, they did not make clear the extent of it. However, it was reported that they failed to talk to any of the 22 women who have civil cases against Watson for sexual misconduct and assault. Their attorney Tony Buzbee confirmed this to ESPN shortly after the statement, “The Browns organization did not reach out to me. I didn’t expect them to do so, and can understand why they didn’t. But, knowing what I know, they probably should have”.

Despite having a grand jury drop the criminal cases against him last week, this did not stop a flurry of teams vying for his services as the Browns, New Orleans Saints, Atlanta Falcons, and Carolina Panthers all interviewed and offered packages for the quarterback.

It cannot be ignored that following the interviews between Watson and the four teams the Browns were seemingly out of the race after Watson’s representatives told them he would not be joining them. Early reports suggested Watson favoured the Falcons until Cleveland significantly increased their contract offer, abhorrently giving the quarterback more money than he probably would have gotten prior to the allegations.

Brian McCarthy, an NFL spokesperson, released the following statement shortly after the trade was completed and insisted the trade would not affect their on-going investigation into Watson as they could still suspend him for a minimum of six games according to their code of conduct policies.

“Any transaction would have no effect on the NFL’s ongoing and comprehensive investigation of the serious allegations against Deshaun Watson. Nor would it affect his status under the Collective Bargaining Agreement and the Personal Conduct Policy.

“If the league’s investigation determines that Watson violated the Personal Conduct Policy, discipline may be imposed pursuant to the policy and the CBA.”

Sadly, this trade has shown that the NFL has gotten nowhere and has failed to keep up with societies standards. Never has it been clearer that the NFL is a business that is about winning at all costs and not what is right and wrong, despite their continued celebrations of Women’s History Month and breast cancer awareness campaigns which now feels disingenuous.

There’s still a lot to this story to unfold, but for now it just feels disappointing. 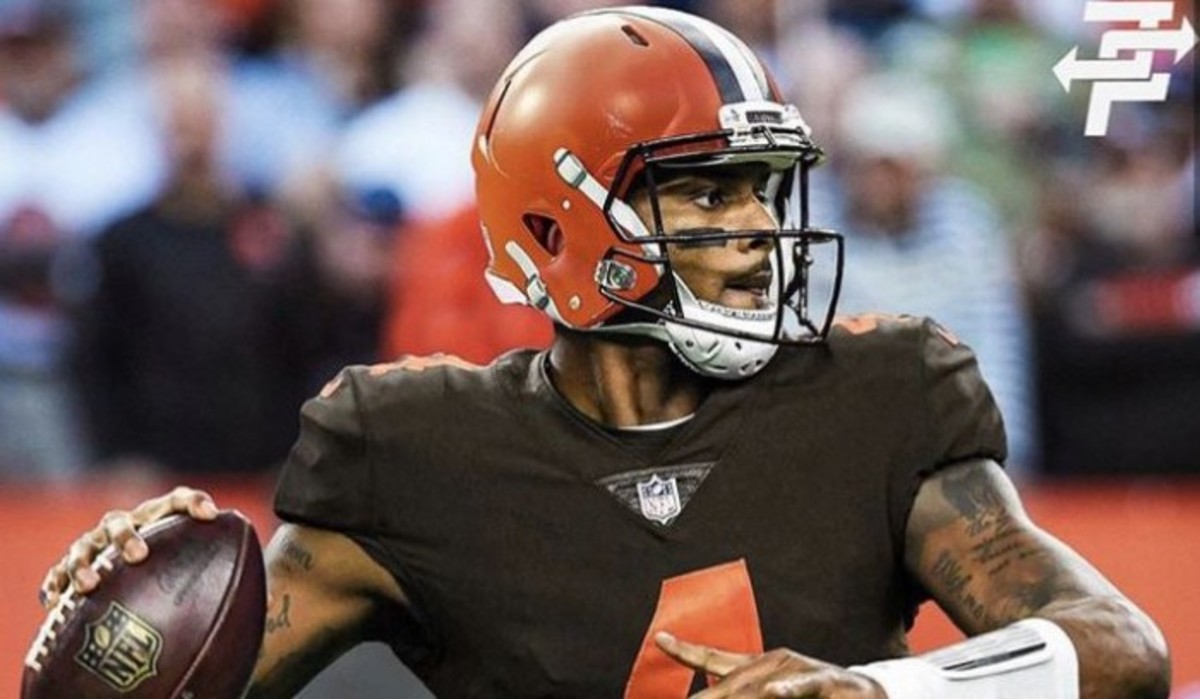