In what has been a challenging year for many rugby fans and mainly the players, the Southern Hemisphere’s Rugby Championship 2020 tournament has just been confirmed for the back end of the season. The Rugby Championship tournament – previously known as the Tri-Nations – was inaugurated in 1996 with the three rugby-rich countries; Australia, New Zealand and South Africa, all contesting for the converted trophy. In 2012, the tournament expanded to add the South American rugby giants, Argentina, to the prestigious tournament.

The tournament has always brought plenty of entertaining rugby, as all four sides display an expansive brand of rugby, with plenty of tries and fast-paced games. The 2019 tournament saw South Africa winning the Rugby Championship, and just a few months after lifting the Rugby World Cup, in what has been one of the best seasons for The Springboks to date.

Before last season’s tournament, the All Blacks were by far the most successful side; winning the tournament 16 times, with Australia and South Africa only topping the points table, 4 times each. Argentina has yet to get the edge over their fellow Southern Hemisphere counterparts, though they tend to give the other three sides a challenging contest, whether playing home or away.

The Rugby Championship 2020 season will see all the games being played in Australia, under strict Covid-19 precautions. The tournament will start in Brisbane on the November 7th 2020, with each team playing each other twice, until the tournament concludes on December 12th 2020 in Sydney. In those six weeks, two games will be played one after the other; guaranteeing every rugby fan with some entertaining rugby every Saturday.

As November 7th holds an action-packed first round, the Los Pumas face the titleholder Springboks, with Australia and New Zealand concluding the first round with their cross-Tasmanian rivalry.

With that being said, who do you feel will be the victorious sides after the first round?

The Rugby Championship is regularly enjoyed each year, due to its fierce contesting rugby unions; with plenty of great rugby legends to marvel at. Inspirational players such as Felipe Contepomi, George Gregan, Richie McCaw and Jean De Villiers will always be remembered for their true grit performances.

To date, former All Blacks star, Dan Carter, with 554 points, tops the overall points scored by an individual. While former South African speedster, Bryan Habana, holds the record for the most tries scored, with an overall tally of 21 tries.

Will we see records broken in The Rugby Championship 2020?

Since New Zealand was able to get back on the rugby field the fastest, it would appear that this will give them a better advantage going into the Rugby Championship 2020 tournament. The All Blacks always carry the tag of being crowd favourites – as well as the team to beat. With the latest change in captaincy and coaching, all rugby fans are sure to be excited to witness the new era of All Black rugby.

Do you feel Head Coach, Ian Foster, has what it takes to win The Rugby Championship 2020 in his maiden season?

Stay tuned for more of the best news in sport @WorldinSport 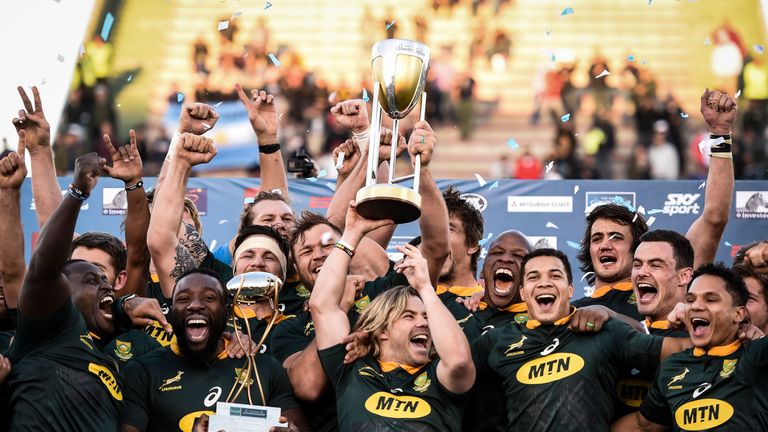