In 1996 the Charlotte Hornets selected Kobe Bryant a 6 foot 6 inch shooting guard from Lower Merion High School in Pennsylvania with the 13th pick in the NBA draft. Immediately after drafting the future Hall of Famer they traded him to the Los Angeles Lakers, one of the most historic franchises in sports history. This trade fueled Kobe for the remainder of his illustrious 20 year career.

It was his goal to make sure the Hornets regretted this trade. I’m sure they are kicking themselves right about now.  5 championships, 18 all-stars, and an MVP later Kobe Bryant is considered one of the greatest all of all time.

Prior to the 2016 NBA season, Kobe informed the league and fans that he was calling it quits. Although his career is coming to and end, his legacy will live on forever. After the (Michael) Jordan Era had ended and  Jordan was not as dominant as he was in his younger years, the NBA cried for another player with the killer instinct as Jordan. Kobe was that guy. He had the swagger and the drive to “Be Like Mike”. Although he didn’t want to be in the shadow Michael.

He wanted to surpass Jordan and make a name for himself. When asked if he thought he was the next Jordan Kobe responded the only way Kobe would, “I don’t want to be the next Michael Jordan, I only want to be Kobe Bryant.” Kobe as Michael is one of the most loved/hated players in the history of sports. If you followed them and loved their game and actions you wanted to copy their every move and dream of one day being as great as them.

One the other hand, they would drive opposing teams fans crazy to the point they hated their guts. These people made Kobe especially great. The point of this article is not to compare Jordan and Bryant but to analyze and remember the legacy that Bryant will leave on the NBA.

Kobes first two seasons in the league were slow as he sat the bench and developed into the star we would love for the next 18 years. In his third season (1998-1999) he got his chance to shine. He averaged 19.9 points a game and lead the Lakers to the Western Conference Finals Championship losing to the eventual champions San Antonio Spurs. This season was not a total lose because Bryant and Shaquille O’Neal became the next dynamic duo to be reckoned with in the NBA.

The most dangerous since Jordan and Scottie Pippen. After the Finals lose in 1999, the Lakers came back stronger went on to win 3 straight championships. This solidified Bryant as an up and coming superstar in the NBA. O’Neal and Bryant relationship became sour during the 2004 season which ultimately lead to O’Neal leaving and handing Kobe the lone leadership and star of the Lakers.

After 3 disappointing seasons since Shaq’s departure left Kobe with a bad taste in his mouth. Although in the 2005-06 season Bryant had one of the most historic seasons in the history of the game. Averaging 35.4 points per game which is one of the highest marks all time. This average was helped out when he dropped 81 points in one game against the Raptors. Although he loves the personal accomplishment the only thing he was chasing was championships.

After three terrible seasons Kobe knew change was needed and that change came when the Lakers acquired Pau Gasol from the Memphis Grizzlies. Derek Fisher, Pau Gasol, and Bryant were the “big three” for the Lakers and they fit Phil Jackson’s triangle offense perfectly. This trio as well as other role players made 3 straight championships, winning 2 in 2009 and 2010, further expanding

Bryant exceptional legacy. After three more runs at the championship, Bryant’s age began to show as he dealt with nagging injuries for the remainder of his career including major knee surgeries and an Achilles tear.

Through thick and thin Bryant remained the constant for the Lakers. He was their warrior, for 20 years he has been there for them no matter what. That is what makes his legacy legendary. He never left. He stuck with the franchise that took a chance on him, all of his accomplishments are thank you’s to the Lakers.

“The last time I was intimidated was when I was 6 years old in karate class. I was an orange belt and the instructor ordered me to fight a black belt who was a couple of years older and a lot bigger. I was scared s—less. I mean, I was terrified and he kicked my but.

But then I realized he didn’t kick my ass as bad as I thought he was going to and that there was nothing really to be afraid of. That was around the time I realized that intimidation didn’t really exist if you’re in the right frame of mind..”

This quote is what Kobe Bryant is all about. No matter how big the task or the challenge or how much pressure he is under is always finds a way to make it out on top. This is why he will go down as one for the best Players to ever play the game. 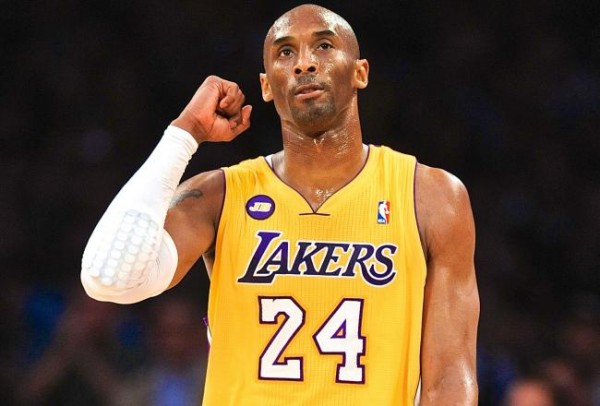