It’s been over a week since the 2016 NBA Trade Deadline, and there weren’t many blockbuster trades. However, there were several smaller trades that will show to have a significant impact on the future of the season for certain franchises. Some teams made some questionable decisions at the deadline, but others definitely came out on top at the trade cutoff.

The Memphis Grizzlies have an interesting infatuation with players who can’t shoot if their lives depended on it. With this transaction, the Grizzlies have acquired guard Lance Stephenson and all of his issues. He signed with the Clippers during the off-season and they hoped they would be getting the Lance that lead the league in triple doubles in Indiana.However, they signed the Lance that was extremely unproductive in Charlotte. The Clippers were able to unload the undeserving $9 million salary that they were paying Stephenson, while obtaining an efficient bench presence in Jeff Green. The Grizzlies decision to relinquish Green was quite questionable, seeing as he was an athletic body that scored 12.2 ppg at a 43% clip. Nonetheless, one man’s trash is another man’s treasure, and the Clippers definitely struck gold.

Markieff Morris was an absolute disturbance to the Phoenix Suns, expressing his displeasure with his location for months. The trade of his twin brother, Marcus, to the Detroit Pistons filled him with anger, and from that point on he distanced himself from the Suns organization. His existence on that team was one of the several causes of the disaster that has been Phoenix’s Season. They fired their former coach Jeff Hornacek, their leading scorer Eric Bledsoe received season-ending surgery, their max contract guard Brandon Knight has been in and out of the lineup, and Tyson Chandler’s career is rapidly declining. However, making this trade got rid of the nuisance that was Morris, and allowed them to gain access to a potential lottery pick in a top-heavy 2016 Draft.

Aaron Gordon and the Detroit Pistons

The Detroit Pistons on paper got the better half of this trade, receiving Tobias Harris for Brandon Jennings and Ersan Ilyasova. Although the Pistons already have a forward that plays similar to Harris, Marcus Morris, his floor spacing ability, mid-range jumpers, and rebounding prowess will all be of great use to the Motor City come playoff time. So far in six games with Detroit, Harris already shooting better from the field, shooting better from three, completing more free throws, and scoring more points per contest. The Pistons needed to get rid of Jennings anyway, so being able to get a workhorse forward in return is quite the accomplishment.

After his ridiculous All-Star Weekend Dunk Contest performance, the Orlando Magic finally seemed to realize the talent they have at their midst. Gordon is loaded with potential and flashed his offensive upside during the Summer League this past off-season. This trade will free up minutes for Gordon at the four and allow him to develop his offensive skills. We’ll never know if the exchange came about because Orlando finally noticed his talent, or because Tobias doesn’t stick around too often on teams that are coached by Scott Skiles. 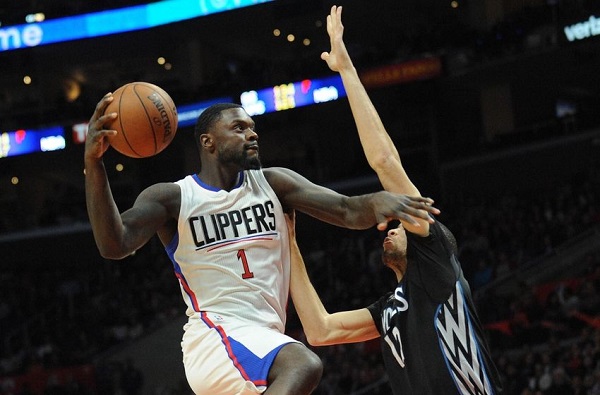