Formula One will see some seismic changes for the 2023 season with regard to the driver line-up. With four-time World Champion Sebastian Vettel retiring in what is a sorrowful time for fans of the German superstar, and long-term fan favourite Daniel Ricciardo also stepping away from the grid next year – it poses a lot of questions around how the new driver line-up will look.

One of the more welcome returns to the grid for 2023 is that of Nico Hülkenberg, who despite starting 181 races in his career, has never once secured a podium finish. The German joins Haas after it was confirmed Mick Schumacher would lose the seat he kept for two seasons. Hülkenberg has driven for several teams since his rookie year in 2010 with Williams and, despite recently turning 35, is out to prove a point as he hopes for success with the Banbury-based team although it seems highly unlikely, given that they collected just 37 points in 2022. In perspective, that’s 722 shy of Red Bull’s winning total in the Constructors’ Championship. Although it will be a tough challenge, Hülkenberg has the experience to push Haas further up the table next year, alongside trusty Kevin Magnussen.

Australian Daniel Ricciardo has recently been named as Red Bull’s reserve driver for 2023, where he spent five seasons partnering Vettel, Daniil Kvyat and Max Verstappen. The drop from McLaren came as a slight shock, but not a real surprise with just 37 points accumulated in 2022, 85 behind teammate Lando Norris. Ricciardo’s replacement is fellow Australian Oscar Piastri, who already has a string of honours to his name.

The 21-year-old Melbourne native, who previously worked with Alpine as a reserve driver, won the Formula 3 Championship in 2020 followed by the Formula 2 Championship in 2021. He was also named Rookie of the Year by Autosport in both seasons. It will be interesting to see how Piastri will compete in the McLaren, which was notably not as powerful in 2022 as in recent seasons, but he looked comfortable in the post-season test in Abu Dhabi recently, with his boss Zak Brown labelling him a “future star”.

Another new face on the grid in 2023 will be of Nyck De Vries, who joins Alpha Tauri following Pierre Gasly’s move to Alpine. Gasly replaces Fernando Alonso, who in turn secured Vettel’s seat at Aston Martin. De Vries has previously won the Formula E Championship in 2021 alongside the Formula 2 Championship in 2019. Serving as the Mercedes reserve driver since then, the Dutch racer warmed the Williams seat of Alex Albon at this season’s Italian Grand Prix at Monza when Albon was ruled out with appendicitis and claimed an impressive ninth-place finish on his F1 debut. The 27-year-old will certainly be one to look out for when he partners with Yuki Tsunoda next year.

The third rookie on the grid for 2023 will be Logan Sargeant, who replaces Nicholas Latifi at Williams. The Florida-born youngster graduated from the Williams Academy and most recently drove in Formula 2 with Carlin, where he clocked just two wins in 2022, finishing in fourth position. Sargeant is an interesting choice for Williams, especially as the other rookie drivers are so decorated in their achievements, however, he will be looking to prove any doubters wrong when he lines up beside Alex Albon in 2023.

The remaining teams will keep hold of their 2022 line-up, with Max Verstappen aiming for a hat-trick of world titles next year. Ferrari will be out to correct the evident mistakes they made throughout 2022, and Mercedes could very well be on track to regain their place on the top of the table after an impressive comeback from a rather forgetful start to the campaign. 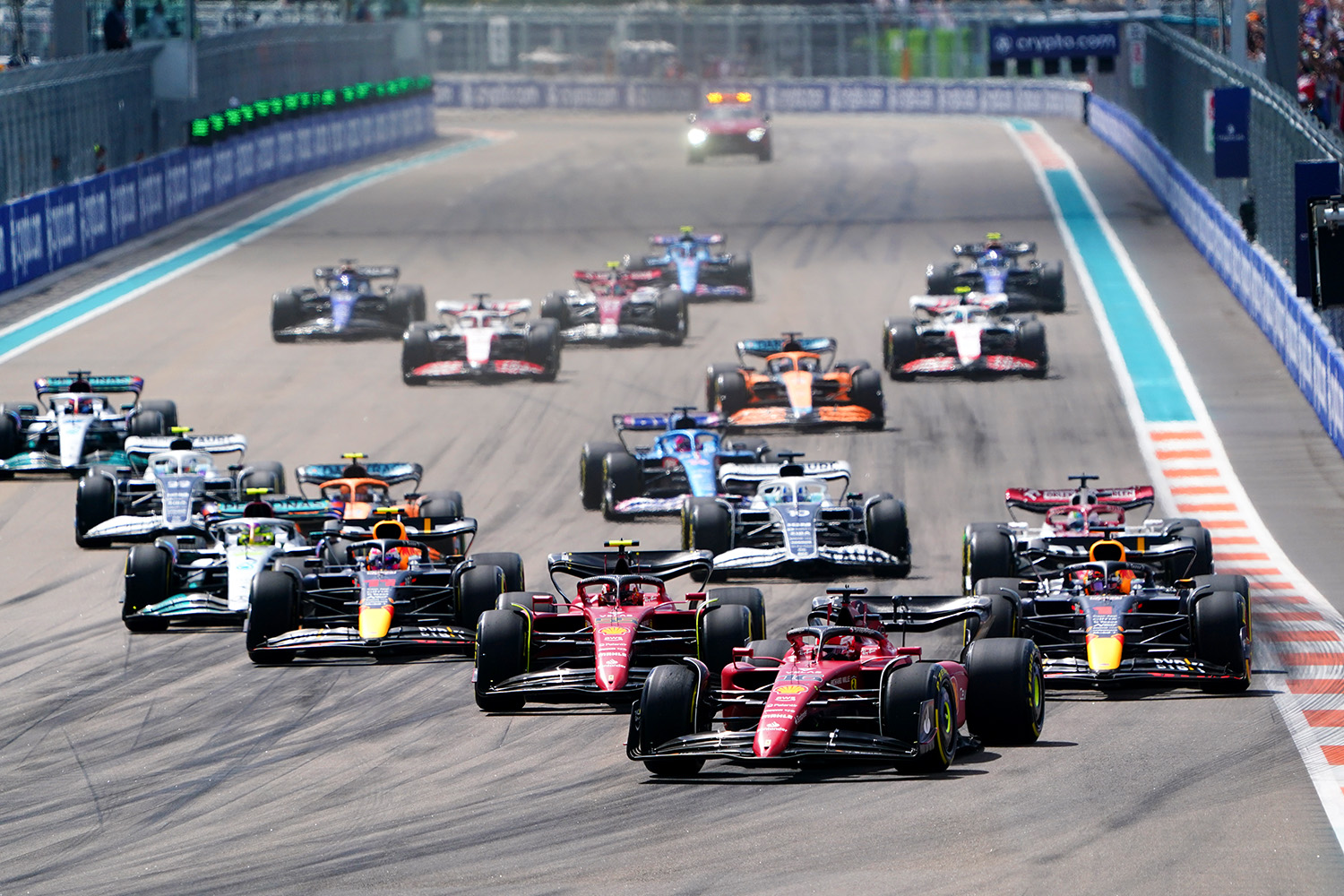