Cheteshwar Pujara’s batting is from the old school of batting. Get your eye in, tire the bowlers down, take advantage of the old ball and tiring bowler’s and get the reward of your day-long patience with the run rate in cricket. This Old-style of batting was on display during the Day 1 of the Test between India and Australia. Whenever this style of batting is on display whether it be from Azhar Ali, Dom Sibley or Pujara one debate that is to pop out its head is whether this style of batting is beneficial for the team or not? Can the low scoring run rate in cricket be good for the side or they reduce your chances of winning a test?

Won’t see such a debate arising during the old days because that’s how test cricket was played during that time. But the advent of Modern cricket has surely brought the fast-pace of limited-overs cricket into Test cricket. There is considerable lack of patience on the batsmen’s end, higher run-rates, defensive techniques on the downhill, more result-oriented games as a result and there is also a lack of patience on the fans side as well who would get bored watching someone like Pujara or Azhar bat considering it too dull for their liking due to the overdosage of T20 cricket.

It is these fans who start such a debate whenever such an innings is on the display. So, we delve a little deeper into it and see that such knocks are they beneficial for the individual or they also help the team’s cause?

Pujara in the first innings scored 43 Runs of 160 balls at a SR of 26.88. That’s how Pujara bats. This style of batting suits him really well. He’s amassed almost 6 thousand runs at an average of 48 which is pretty good. He played in similar style the last time India was touring Australia. He scored 3 centuries on that tour. Especially his knock in Melbourne 106 runs of319 balls at a SR of 33.22 was a reminiscent of the old-test batting and grinding the opposition down into submission.

It very much looked that he was trying to emulate the same heroics he did on that tour by following the same technique that worked so well last time. It was working till he got dismissed for 43 at 50 over mark. The same point where the ball gets old and the 4th and 5th bowlers come on and the moment arrives you have been patiently fighting for. In Melbourne 2018 Pujara was able to grasp that moment and use it to his advantage. But in Adelaide this time Pujara missed that opportunity.

When he got out score read as 100-3 in 50 overs. He had softened the bowl for the middle order and set a good platform for his team. But the most crucial thing runs weren’t that much that they gave his side a clear advantage for the day. It was precisely in the range which could allow the opposition to crawl its way back into the game with one or two quick wickets. Although after his departure Kohli and Rahane scored an 88-run partnership at a decent click it wasn’t a partnership that put their side in driver seat mainly because of the slow scoring by Pujara.

Because had Pujara tried to look score more proactively he may not have lost his wicket or even if he did get out the score would read 150-145/3 which looks much better than 100/3.

I know that fans would come up with the point that it was a difficult pitch to bat on and score but this argument should be the very reason to score more proactively because if you let the bowlers settle on a supporting pitch, they would eat you up. Marnus Labuschagne’s innings is the perfect example. He scored his first 38 runs of 60 balls clearly showing the intent to score. But his next 9 runs came of 59 balls showing that he had gone into a shell and lost intent to score which eventually led to his dismissal.

You compare both Marnus and Pujara’s innings to Paine who also came in to bat at 79/5 in the middle had the most success. His success was mainly due to his proactive approach and intent to score runs.

We also have to factor in that the Pujara hundred’s in Melbourne and Sydney in 2018 were not on typical Australian tracks but had more of Subcontinental look to them. That was one of the reasons that the strategy adopted by Pujara was successful that time around. Because the subcontinent pitches are the perfect place to play these slow-long test innings.

The pitches have low-bounce, batting-friendly unless they are rank-turners or green tops which they hardly ever are. Misbah’s side used the same tactics to build UAE an unbeatable fortress. They would just like Pujara tire the opposition bowling, not lose many wickets up-front, keep a low-scoring run rate in cricket early on and wait for the bowl to get old. Then with wickets in hand would pile up massive totals. This technique is perfect for subcontinent conditions but is not for Down-Under.

Misbah’s side discovered this on their tour to NZ/Aust in 2016. Especially during the 1st Test against NZ in Christchurch. Where in their 2nd Innings Azhar Ali scored 31 runs of 173 balls. If many would read the scorecard now, they would say that he did better than others but at what cost? The cost of a test match? Because if the game’s context is brought in Pakistan faced a deficit of 77 Runs in the 2nd innings. They had a good start but then got stuck from one hand as Azhar labored his way from 27 to 31 runs in more than 50 balls. Resulting in pressure on the other end which lead to a collapse.

That’s why question marks come over whether Pujara’s extra slow innings helped his team or not in the context of the game? I feel it didn’t help. Yes, I understand its test cricket and you can take as much time you want and 2 early wickets have gone down and there might be a chance of collapse so you have to be cautious early on but when you have faced 100 balls you need to keep the scoreboard ticking because it is ultimately the runs you score matter not the time you have spent on the wicket or the balls you have faced.

Especially in SENA countries where the conditions are bowling friendly and you are always one seaming or swinging delivery away from getting out. I am not saying that you start slogging aimlessly and get out but it is the intent to score runs that should be there. Because if the batsmen go into a shell and not look to score and just occupy the crease, it looks like that the batsmen are doing good and have started dominating the bowling.

But in reality, the game hasn’t moved on and the slow-scoring rate or the lack of intent to score actually keeps the bowling side in the game with a chance and are right back in it with a wicket or two. That’s exactly what happened. Once Australia got a sniff with Kohli’s run-out and got successive wickets they were right back in the game.

So, to be successful abroad you’ll have to maintain a good Run-Rate to achieve success. The Pujara style of batting might bring you one-off successes (Melbourne and Sydney 18) or help him to a 50 off 200 balls but won’t be much beneficial to the team. That’s also one of the things that Kohli mentioned in his post-match interview “that we need to have a look at our approach and look to score runs”. So, when Pujara and Azhar bat in the boxing day tests for their respective sides the Run-Rate debate is surely going to pop out his head again 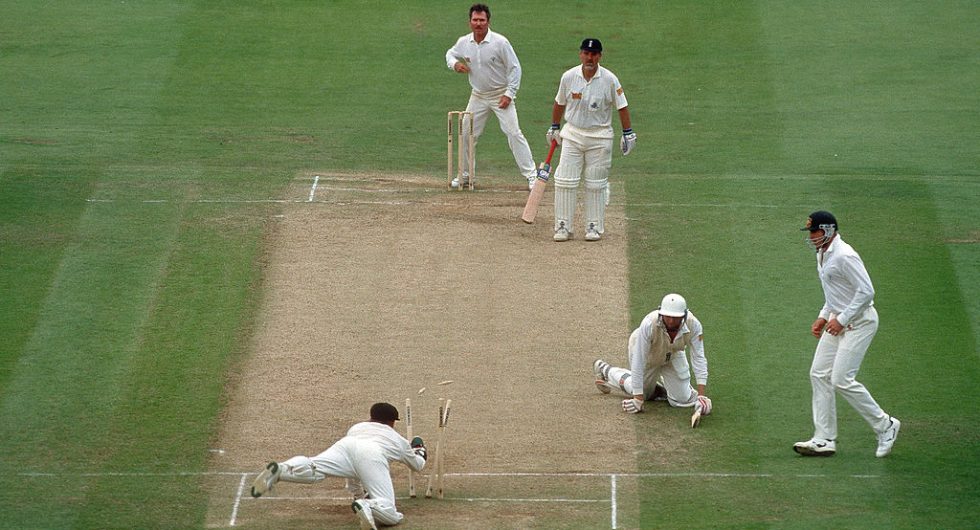