It’s no secret that the AL East has become one of the toughest divisions this off-season. The Boston Red Sox have added their missing ace in David Price, the Baltimore Orioles re-signed slugger Chris Davis, and the Toronto Blue Jays did not lose any of their core players for the upcoming season. So where does that leave the New York Yankees? Well in arguably the greatest free agent class in recent memory, the Yankees were the only team not to sign a player.

Coming into this off-season New York ownership stated that they weren’t going to be making any of the classic-Yankee splashes; this is primarily due to the expensive contracts of Alex Rodriguez, Mark Teixeira, CC Sabathia, Brian McCann, Jacoby Ellsbury, Carlos Beltran and Chase Headley. What do all of those men have in common?

They are all 30+ years old and are costing the Yankees a total of $135 Million, those seven players are making more than the entire payroll of the Yankees’ fellow New York team the Mets. Furthermore, it’ll take two more seasons to get rid of all their contracts (excluding Ellsbury who is signed til 2020).

So the Yankees’ immediate future is invested into old, under performing players. And they all come with their own baggage: A-Rod is still being haunted by his former (hopefully) PED usage, Teixeira is more injury-proned than Derrick Rose, CC Sabathia checked into rehab for alcoholism after the 2015 season, Jacoby Ellsbury is far from the ideal lead off man he was signed to be, former Golden Glove winner Chase Headley was an error-machine, and Beltran and McCann had their 2015 seasons riddled in inconsistency.

So does this mean the Yankees’ future is plague to be on the outside looking in? Not necessarily. All those men can make their final years in New York memorable if they forget the past and defeat the inconsistencies. Furthermore, the Yankees have a plethora of young talent that is just waiting to make a statement. We have Greg Bird who, though out for the entire 2016 season, promises to be a great replacement at first base for the aging Teixeira.

Than we have Gary Sanchez, who could possibly back up catcher McCann and eventually replace him as the Yankees’ starter. Outfielder Aaron Judge will make a great addition when ready to make the jump to the majors. And Jorge Mateo will give Gregorious a run for his money at short. Now those are only 4 of the many Yankee prospects that make fans and management salivate at New York’s future.

Now a team is not complete or October-ready with just a good batting order. See for all their inconsistencies and baggage the Yankees have one of the best batting orders in the AL. Its their pitching that scares this writer, quite frankly. No full-time starter posted an ERA under 3.51 and that includes former all-star Sabathia and ace, Masahiro Tanaka. Both those men have been good in the past, but the future is unknown especially for free-agent to-be, Sabathia.

And for the record Tanaka is costing the Yankees $22 Million, but he is only 26 and has yet to officially enter his prime which based on his past season and time in Asia, that spells good things for the Yankees going forward. But he’s one man. Now the Yankees also have Luis Severino, 21, who started 11 games and boasted and ERA of 2.89 and 8.1 K/9.

But he’s far from being ready to take on the load of No.2 for the rotation. That leaves Michael Pineda (26), Nathan Eovaldi (26), and Ivan Nova (28) all  young but all coming back from terrible seasons, with Nova having an ERA over 5.00.

So what do the Yankees do about this sub-par rotation? Who’s left in free agency? AJ Burnett, 39, decided to retire after posting a career best ERA. Yovani Gallardo, 29, is a potential signing but can the Yankees afford him long-term and would Gallardo, in his prime, being willing to take a short-term contract? You could shell out for former ace Cliff Lee, 37, but that’s just doing the same thing that got you in this position overpaying for over aging players, who nowadays only boast a name and not a talent. Who does that leave?

I’ll tell you who: Former 2-time Cy Young winner (2008 and 2009) and 2-time Cy Young finalist (2010 and 2011), 3-time World Series champ and former franchise San Francisco ace, “the Freak” Tim Lincecum. Why not, right? Lincecum is holding a showcase in February and 20 teams, including the Yankees, will be sending representatives to watch him. This is New York’s chance.

Now Lincecum has had a fall from grace that is hard to swallow. Since the five stupendous seasons at the beginning of his career he has since been unable to post an ERA under 4.13 and has gone 39-42 since 2012. He looked to be slowly lowering his ERA last season but an injury ended his season in June and he had hip surgery this past September. So there are issues with signing him. But unless there’s an over anxious and over confident team at the showcase, Lincecum is most likely to receive a short-term “prove it” contract. That’s just what the Yankees need.

They only need a guy that can go at most 6 innings. They boast one of the best bullpens in history with Andrew Miller, Dellin Betances, and Aroldis Chapman, who all had over 100 strikeouts last season. Now a bullpen won’t win you games on its own, but if you have starters that can hold the fort for a little more than half the game than you’re in great shape.

Worse case scenario the Yankees add one more pitcher to an already mediocre rotation. Best case scenario at only 31 Lincecum feels rejuvenated in a new city with a clean slate and becomes the starting pitcher he once was and the one the Yankees desperately need. 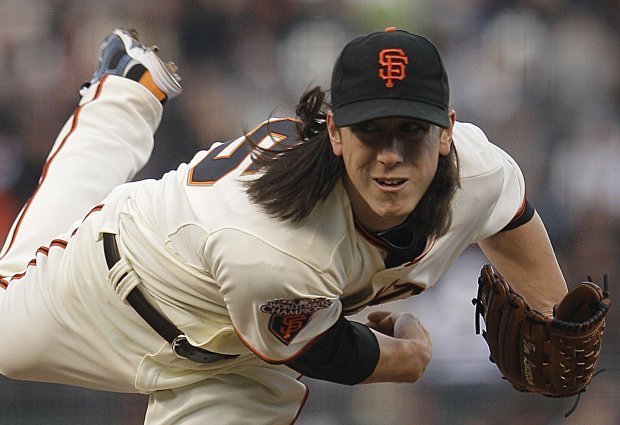