This year’s NFL draft was a year like no other. With such turbulent times, teams were unable to meet with players before the draft after the Corona-virus hit and had to preform extra work to talk to as many people over the phone as possible. It will be fascinating to see how these players turn on in the NFL but here are two WINNERS from this draft:

Winner #1: New York Jets: The Jets totally KILLED the draft this year. They stayed put at #11 and selected Mekhi Becton, OL out of Louisville, who will provide instant protection for their young franchise QB Sam Darnold. Becton is HUGE at 6’7 and 365 lbs and ran a 5.1 40 yard dash time which is faster than 4th overall pick Andrew Thomas from Georgia. This year was a super deep OL draft as Becton was the 3rd one picked (behind Andrew Thomas and Jedrick Wills) but in most other years could have been the first Offensive Lineman selected. The Jets also knocked out of the park their second round pick taking Denzel Mims from Baylor. Mims is a future star WR in the NFL and there is no doubt in my mind he will make teams pay for passing him up. Mims is a solid 6’3 and 207 lbs making him 4 lbs heavier then the exact size of the best WR in the NFL Michael Thomas. The big difference between the two WRs is that Thomas ran a 4.57 40 while Mims ran a 4.38 40 yard dash. Mims is destined for greatness in the NFL.

Winner #2: Los Angeles Chargers (should have stayed in San Diego…): The Chargers had two first round picks and made both of them count. They held the 6th overall pick and made the right decision by not trading up and staying at 6. They knew either Tua or Justin Herbert would still be there and they liked both of them. Tua went 5th to Miami which allowed Herbert to fall into their lap at 6th. Herbert is an interesting prospect but I believe he has a great future in the NFL. Herbert is 6’6 and 236 lbs and runs a 4.68 (faster than Aaron Rodgers at his combine). Although speed doesn’t mean a whole lot for a QB, his arm is special. Herbert is already a big strong kid and won’t likely get hurt at the next level and can move around the pocket to make big plays. He did slightly under preform at Oregon especially in an ugly loss to Arizona State throwing 2 INTs and only scoring 1 TD through the first 3 quarters. He reminds me a lot of Carson Wentz…  They also traded back into the first round about two hours later with the Patriots to send them their 37th overall pick and the 71st overall for the 23rd pick where they took Linebacker Kenneth Murray from Oklahoma. Obviously Oklahoma is NOT known for their stout defense, ask Joe Burrow that, but Murray is a play maker. He is a very talented LB and will provide an instant impact to a much improved Charger defense. The Chargers defense was not up to par last year and Murray will surely help them get back into the playoffs as they were in 2018.

Both of these teams had great drafts and should see the benefits of this draft for at least the next 5 seasons. 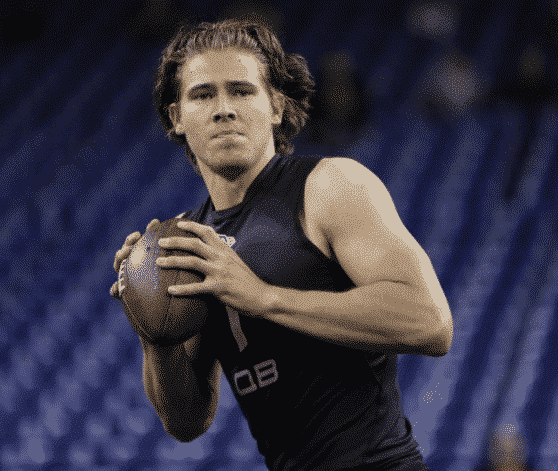