On Thursday April 23rd, 2020 the NFL featured their annual draft, this one being virtual and from the basement of commissioner Roger Goodell, but this one had one specific wicked turn.

The Green Bay Packers who lost in the NFC championship game last season to the San Francisco 49ers had the 30th pick in the draft. They were very weak at Wide Receiver last season using practice squad players and late round picks alongside star Davante Adams from Fresno State.

The likes of Jalen Reagor of TCU, Justin Jefferson of LSU, and Denzel Mims of Baylor were all Wide Receivers the Packers had reportedly liked pre-draft. Fast forward to the 26th pick where the Miami Dolphins had their third pick of the night.

Goodell then announced their was a trade and the Green Bay Packers were moving up to 26th and giving up a 4th round pick as well as their 30th overall pick to the Dolphins for their pick. It was interesting they had moved up 4 slots but I had some speculations.

Maybe they wanted Patrick Queen, stud Linebacker from LSU, and were concerned a team like Baltimore or Kansas City would take him?

Maybe they were going to take Mims from Baylor because the Ravens also needed another weapon on the outside? It was unsure but I was very excited they had traded up to say the least.

I was convinced the Packers would finally give Aaron Rodgers another weapon. Boy was I wrong…

The Packers shocked the world to select QB Jordan Love from Utah State. The first offensive skill player the Packers had drafted since Aaron Rodgers himself in 2005 would be his future replacement.

Rodgers has been the starting QB of the Packers since 2008 since siting behind Hall of Famer Brett Favre for 3 seasons. Jordan Love threw 20 Touchdowns and 17 interceptions in his final year at Utah State which aren’t good numbers by any stretch of the imagination.

Rodgers, who was drafted 24th overall in the 2005 NFL draft, was in a similar situation as Love is in today. In 2005, the Packers had the aforementioned star QB Brett Favre.

Favre had tossed around the idea of retirement but was still playing at a high level. The 49ers had the number 1 pick and desperately needed a QB. They were deliberating between Cal QB Aaron Rodgers and Utah QB Alex Smith.

They infamously went with Smith and Rodgers fell all the way down to the 24th pick and the Packers grabbed him. The massive difference between Favre to Rodgers and Rodgers to Love was that Rodgers should have been the number 1 overall pick while Jordan Love was viewed as a second round prospect at best.

In any case, Rodgers still has 4 years left on his deal and the Packers can’t even really try to trade/cut him in the next two seasons as they would have to basically pay him close to the full amount anyways. Love has a 4 year contract and a 5th year team option which the Packers will more than likely want to accept to give him another season under the rookie contract.

Rodgers will have to find another home at some point in the next 2 seasons and in all likelihood not finish his career as a Green Bay Packer.

Rodgers, a future first ballot Hall of Famer, will be asked to mentor the young Utah State product and coach him into the future leader of the Pack. Head coach Matt LeFleur has stuck his neck out to get what he wanted and he sure better be right because he’s just above to drive the greatest Packer ever out of town. 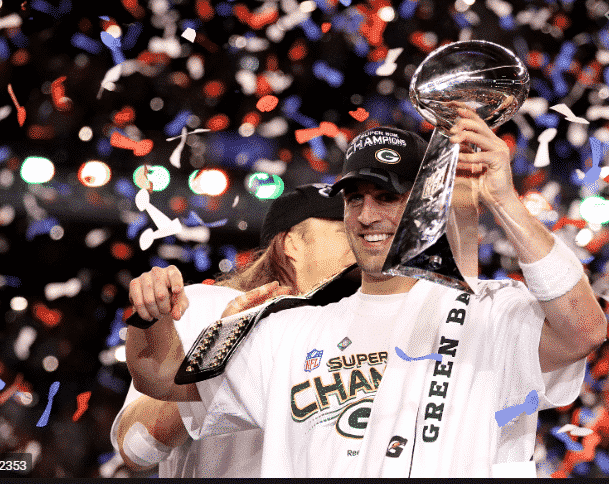