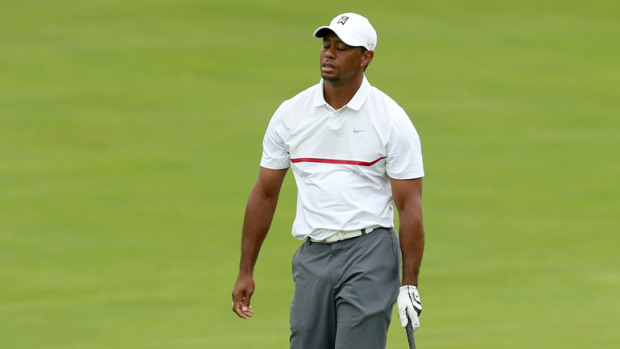 Former world number one Tiger Woods suffered his worst professional round with a 13-over-par 85 on day three of the Memorial Tournament in Ohio. This is a new low for Tiger Woods ranked 172 in the world will play the final round of the memorial today on his own after the worst round of his professional career.

He is six shots adrift of the rest of the field and 27 behind the leader England’s Justin Rose, it could be the most embarrassing day of what has been a terrible 2015 for the man who dominated the sport for years.

Woods turns 40 at the end of the year and Jack Nicklaus thinks he can regain his form.

“I think he’ll get it back, I still do,” Nicklaus added.

A new low for Woods, a career high score being in 71st and last place means today for the first time in a tournament that he will play on his own.

He hit just seven of the 14 fairways, only half the greens in regulation. Six bogies, back to back double bogies and a quadruple eight at the last.

Commentator Nick Faldo added: “”One of the players playing a practice round with Tiger heard him (Woods) say four times (to Como) ‘OK, what am I trying now’.

“So they are just searching. It just doesn’t look right.”

“For me, this has been going on a while,” Faldo, now an analyst, said on the Golf Channel after Woods finished 13-over for the third round at the Memorial tournament in Ohio.

“Three Masters ago, I was on the (practice) range watching Tiger hit beautiful fades and draws. He was hitting the ball fabulously. (Then) he walks to the first tee, two snap hooks.

“From that day on, I thought to myself, he’s not comfortable, he’s starting to fear shots. When you are fearing a shot before you hit it, we’re all in serious trouble.”

Woods has shown improvement by finishing 17th at the Masters two months ago, but he has not won in his last 20 events.

“He needs to go back and review some of his own things rather than listen to someone else.”

“He is the only one inside him who knows what’s really going on and he’s gonna be the only one who is going to be able to fix what he has got.”

“I think he’ll get it back, I still do,” Nicklaus said. “He’s just too focused, he’s too hard of a worker, and he’s got such a great work ethic. It’s just going to be a lesson for him.”

Tiger Woods 14th and last major title came 7 years ago in the US Open, which starts a week on Thursday.