Tom Seaver passed away on Monday August 31, 2020. He died in his sleep from complications of Lewy body dementia and Covid-19. The news reached the world on Wednesday, September 3, 2020. He is widely known as the greatest New York Met of all time, and for good reason. With his accolades, records, rings and All-Stars, he could have been the greatest MLB pitcher of all time. He is one of 24 pitchers who has over 300 career wins. It is tragic for players, coaches, announcers and fans to mourn the passing of such an icon. RIP to Tom Terrific “The Franchise”.

Tom Seaver is a Hall of Fame pitcher whose career started with the New York Mets in 1967. In his rookie year, at the age of 22, Seaver pitched in 35 games and finished with a record of 16-13. The record and season he strung together was good enough to win a Rookie of the Year award but was nowhere close to his potential and future skill. He also allowed 224 hits and 170 strikeouts in 250.1 innings pitched. It was an above-average start to his career. 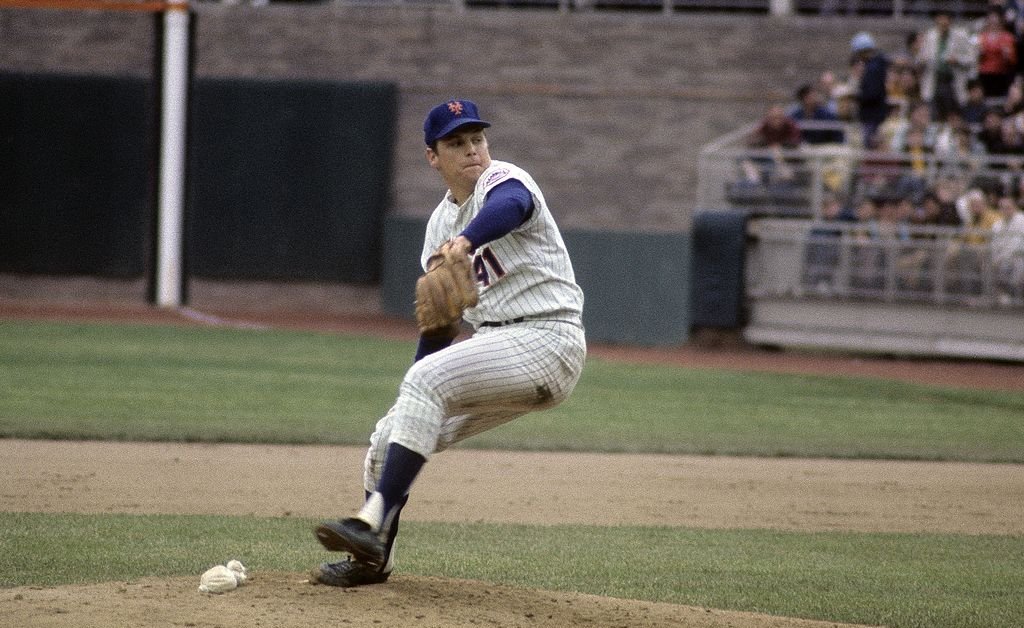 Throughout the rest of his 13 seasons with the Mets is where he hit his stride, pitching in 401 games and winning 198. He was a 10 time all-star, 2 time Cy Young winner, and won the ERA title 3 times. He was also a part of the New York Mets team that went to and won the 1969 World Series. He struck out 2541 batters as a Met.

Some rare feats he accomplished could be that in 1973 he pitched 18 complete games, which was more than there was across the league in 2019. Out of his 20-year career, there were only 8 seasons where he pitched less than 200 innings, which is an accomplishment in today’s game. Most of these seasons coming in the latter half of his career. He pitched a complete game in the 1969 World Series.

Many teams mourned his passing on Twitter with condolences being sent to his family, and beautiful tributes being written. The Mets decided to tip their caps to his retired number in Citi Field and all put dirt on their knee prior to Thursday’s game as a tribute to Seaver’s drop and drive pitching method. 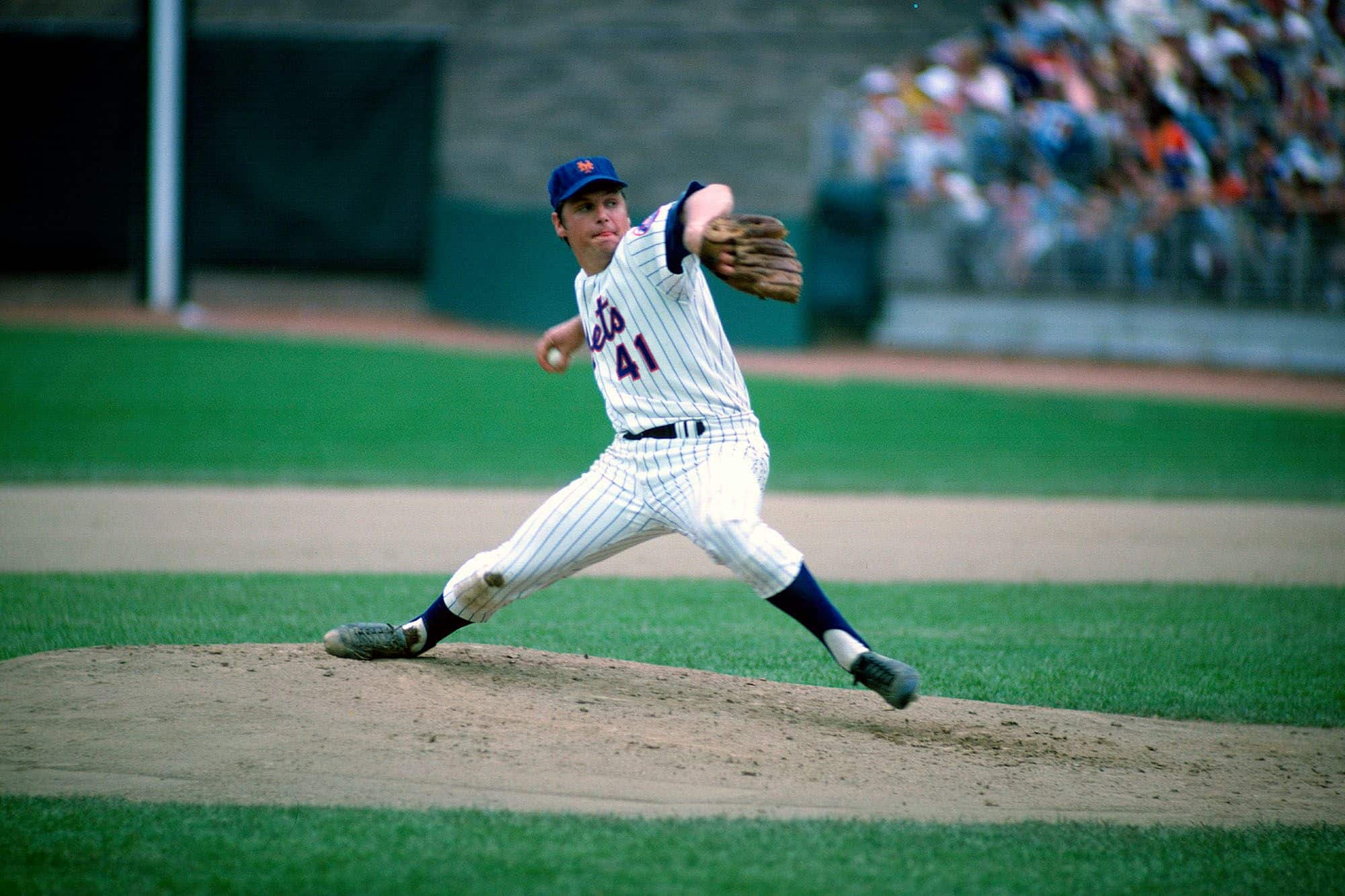 Some people say he was a better person off the field than on.  “Everyone knows he was a great pitcher. But he was an even greater person. RIP to my friend Tom!” said Dwight “Doc”  Gooden (A teammate of his from the Mets years.) after hearing the news. Keith Hernandez took to Twitter to support Seaver’s family, “I am deeply saddened of the passing of Tom Seaver. I had the honor of unsuccessfully hitting against him & having as a teammate. He is the greatest Met of all time. No one will ever surpass him that wears the orange & blue.”

As you can see Tom Seaver was a terrific man, player, husband and friend and he will be missed greatly by not only the baseball world but friends and family. RIP Tom Seaver. 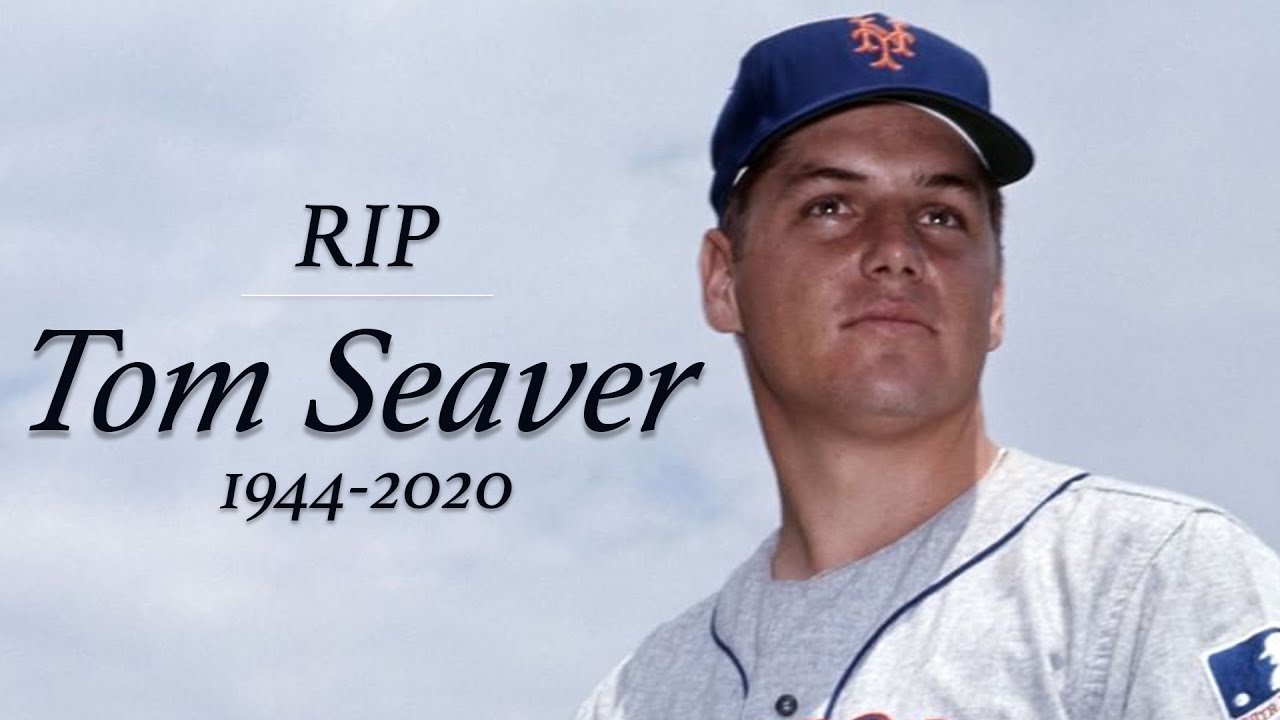