Let us take a look at Sunrisers Hyderabad squad, strengths, weakness and their key players.

Openers: The opening duo of David Warner and Jonny Bairstow were unstoppable last year. The majority of the team’s runs were against their names and they will be looking to do the same again this season too.

Bowling: Sunrisers Hyderabad has one of the best bowling attacks in the league. They have acquired some impressive bowlers in their earlier seasons and they are the weapons of SRH. The pace department is led by Bhuvneshwar Kumar and Rashid Khan will lead the spin bowling.

Captaincy: Ever since David Warner has become the captain of Sunrisers Hyderabad, a change has been seen. He has been able to motivate the players and make them play together as a team. SRH is a bowling-oriented squad and David Warner uses his bowlers quite effectively. Sunrisers are not a squad with many superstars, but they win with the team effort which has also paid of when they won their first ever IPL trophy in 2016. SRH will hope they can repeat this feat once again this year. Captain David Warner always leads from the front and gets runs from a blazing start.

Batting: The openers score a mighty amount of the runs, leaving the middle order and finishers to play just a few overs, but even then, they fail to impress us. Players like Manish Pandey, Wriddhiman Saha, Vijay Shankar, Abhishek Sharma will all be under the radar and Hyderabad will hope it works out this season. At this year’s auction, SRH bought Mitchell Marsh and Fabian Allen, both being a much-needed addition for the finisher’s role.

Back-ups: Sunrisers Hyderabad has some really good bowlers and enough backups too, but when it comes to their batting unit there are only a few options. They only have three proper top order players with David Warner, Jonny Bairstow, Kane Williamson and these are the players they depend the most on. In case an injury occurs, SRH could land in big trouble. 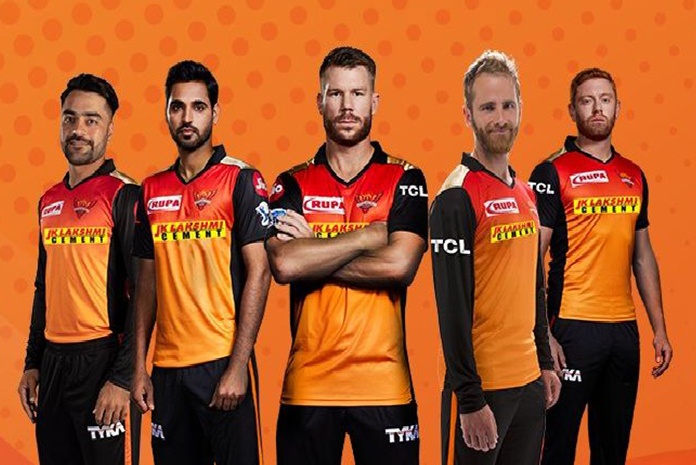