Even if most England Cricket supporters thought the decision right to relieve coach Peter Moores of his position over this past weekend, the way the whole sorry saga has been handled, is leaving a bitter after taste for some.

Moores was in transit from the West Indies on his way to Dublin for the One Day International with Ireland, when news starting appearing on social media, that incoming new director of cricket, and former skipper Andrew Strauss, was about to wield the axe on his short second term stint as England head coach.

The fact Moores then had to sit in the changing room, as England and Ireland were starting their rain affected ODI, was of little notice to a media, as a storm was building on who was to replace the head coach for the upcoming busy English cricket summer.

A shocking world cup in Australia and New Zealand, was probably enough on it’s own to see Moores turfed out from his post, but having been given the job of rebuilding England just last year, it was seen by a few, not least Moores himself, as a long term project.

A poor test series draw with the West Indies in early April, had heaped more pressure on the coach, and even with upheaval behind the scenes at the ECB, it looked as though Moores was on borrowed time.

The fact Strauss has not waited until his feet has settled into the new role, is not the issue, everyone who currently resides in any role, be it in sport or any other industry around the globe, deserves an ounce of respect with how they are treated.

The fact this is played out in the public domain, shouldn’t also be up for discussion, Moores has been hung out to dry, even if he wasn’t the right man for the job in the first instance, let alone when he was given the job second time around. 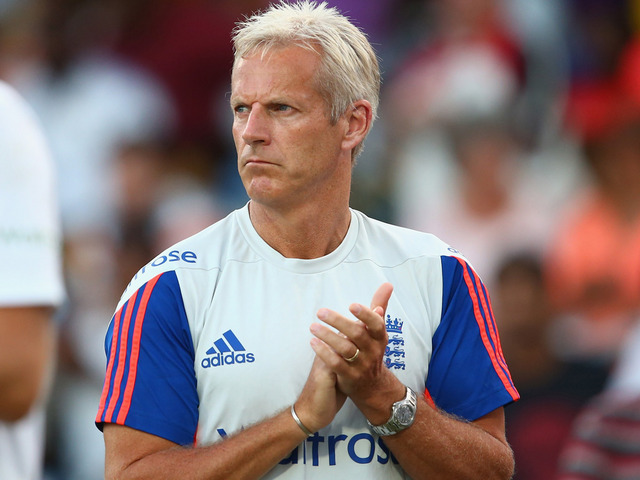