The year is closing out and we still have to massive UFC cards to sink our teeth into. This weekend Max Holloway puts his belt on the line against grappling ace Brian Ortega at UFC 231. Today we’ll be talking about the main event and what each man has going for him stylistically.

Max Holloway’s key to landing punches is the level change

Brian Ortega is susceptible to the overhand right over his lead hand off of a level change. Diego Brandao had great success with over hand right at UFC 195. The cleanest connections came when he would strike Ortega’s body with the left before throwing his right over the top.

Cub Swanson was ineffective with the overhand technique as all of his strikes were aimed at Ortega’s head. Cub’s best strikes landed in the fight were ones that targeted different parts of the body. Swanson’s effective strikes to the body came from the fact that it is harder to move your body that it is your head.

Chris Weidman used this principle to disrupt Anderson Silva’s head movement he would instead drill jabs to Silva’s chest.

The kicks are also a great way to build combos. Max uses a straight kick to the shin here, something you would probably see in old self-defense manuals, to set up the punches upstairs. Beautifully executed it puts Pettis on his arse.

Max wants to build from below to pierce Ortega’s shell and make the most of the punches to the midsection and kicks to rack up meaningful strikes to head. He should stay away from Ortega through superior angling and foot position. Bobbing and weaving against him is a little hairy as he has knees and uppercuts to counter bobbing fighters threatening the take down.

If Ortega sees an opportunity to snatch a neck standing he most likely will. Luckily Holloway does not bob and weave that often as he likes to keep range.

Max did a great job avoiding Aldo’s left jab by keeping his body on the outside of it and then landing the right straight over the top of it.

He doesn’t bring the flash when it comes to striking, but what he does he does well. He posses a nice jab that he’ll need if he wants to keep a volume puncher like Max Holloway at bay. If Max gets around the jab he has a nice shell to fall behind.

Holloway does not duck his head as much as Frankie Edgar or Clay Guida do so catching Holloway with a naked uppercut might not be the way to go.  He did a great job framing Edgar with a hand to line him up for the shot that sent him to the canvas. This was after he wobbled Edgar with a nasty elbow and pursued the finish from there.

Using his legs to stifle movement and get creative

If he wants to nullify any slick head movement from Max he can throw up heads kicks to prevent him slipping so much. Drilling Holloway’s leg with kicks to slow his movement and when he expects another leg kick send one up to the head.

If Max ducks down he could find a knee waiting for him.

Brian Ortega attacks from the guard comfortably, setting up elbows and submissions. Ortega does not force submissions, when he feels the submission is not working he switches to a different one.

Ortega rolls his opponent over, secures Diego’s right arm and locks the triangle as Diego attempts to recover. In the picture below Ortega locks in the body triangle, securing Diego’s right arm and his head in one move. Ortega’s pulls on his own left leg to prevent Diego’s slipping his head out of harm’s way.

He keeps hold of Diego’s left leg to maintain pressure and prevent any posturing up and keep him turtled up, making it harder to get air into his lungs.

Below is the sequence he put together to finish Swanson. He drives his own hips toward the cage, to cause Cub Swanson to fold in on himself. With a lad squeezing your neck and holding himself in position on your hips its difficult to breath, let alone posture up or maneuver out of the choke. When he is bent over fully, Ortega’s hands are linked, and the body triangle is secured properly the result is crushing, An accordion of doom.

Holloway needs to stay out of Ortega’s wheel house and keep moving. He could pressure Holloway towards the fence and initiate his grappling game from there.

UFC 231’s main event brings a clash of styles that will go down a treat. Each man must establish the A game. Holloway must get busy and Ortega needs to bring a more mellow temperament to the Octagon this Saturday night. 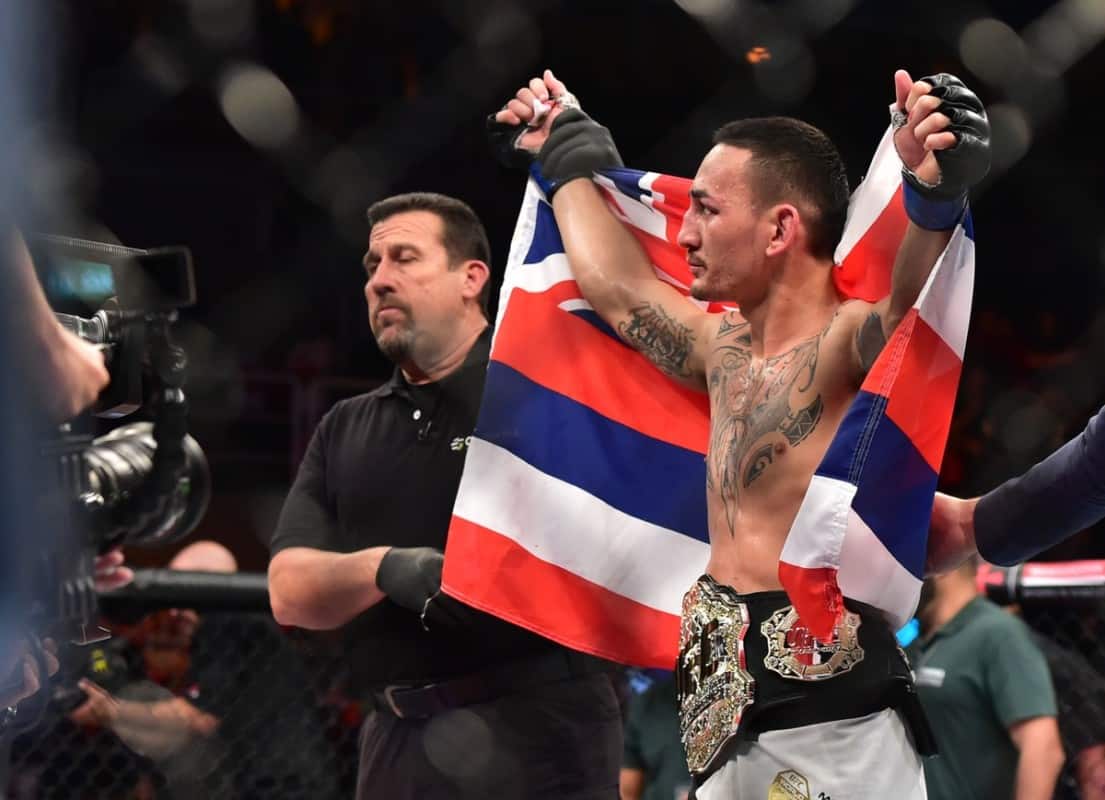