Number one Featherweight contender Max Holloway started the first UFC main event of the year in style with a dominant victory over Calvin Kattar via unanimous decision (50-43×2, 50-42). Holloway was competing off the back of two defeats to current Featherweight champion Alex Volkanovski and was aiming to remind the world why he is one of the greatest of all time to compete in this division. Kattar was on a two-fight win streak before the fight and is widely regarded as one of the best boxers in the UFC. Stylistically, it was always going to be an intriguing and entertaining match up.

Round one started at a fast pace, with Holloway right on the front foot and landing some beautiful multiple punch combinations that tagged Kattar on numerous occasions. Kattar did reply with a couple of right hands of his own, arguably his most powerful weapon, but it was the favourite going into the fight who was doing the most damage early on. Holloway managed to land a spinning back kick to the midsection just before the round was up, adding more bruising to the number six ranked in the division, and Holloway up on points after the first five minutes.

Max kept the pressure ensuing in the second round, chopping at the body and landing a huge amount of headshots one after the other. Kattar stumbled a minute into the round following a counter punch from Holloway, but bounced straight back up and recovered quickly. The fight was close to ending before the horn sounded when Holloway executed a brutal elbow that dazed the 32-year-old fighter including a clean head kick right after, but Kattar showed his durability to last the round where he was down 2-0 and struggling to make an impact.

Despite taking a beating after ten minutes, ‘The Boston Finisher’ improved in the third round where he was able to catch Holloway with a nasty uppercut early on, followed by a few right-hand punches that landed flush. However, Holloway kept up his high volume of shots, continuing to do damage with his right elbow that opened up a devastating cut on the forehead of his opponent. The Hawaii native produced some rapid faints to mix up his movement and striking, continuing the pressure and going well ahead on points.

Kattar started the fourth with a perfect left hand that connected with Holloway, including a nice jab that showed he was still in the bout. Holloway replied with a flurry of combinations once again that did serious damage to the opponent, who was covering up and hoping to ride the wave once again. There was another moment where it looked like referee Herb Dean was going to stop the contest, but Kattar hung in and tried to reply with a swing and a miss as he was getting beaten up badly. Kattar’s team didn’t want to throw in the towel because of his one-punch knockout power that he is capable of, but the end was near for the fighter who was on his way to losing the fight.

Max ‘Blessed’ Holloway fought with the same tempo yet again in the fifth and final round and showed huge confidence as he again picked apart Calvin Kattar who was unbelievably still standing. Holloway was shouting to the commentary team in the middle of the round whilst screaming “I’m the best boxer in the UFC” as he avoided the swinging Kattar with some breathtaking head movement and insane one-punch replies that were connecting perfectly. A terrific performance from Holloway who ended up landing a UFC record 445 significant strikes and without question the next challenger for the Featherweight strap.

Carlos Condit defeated Matt Brown just before the main event via unanimous decision (30-27×3) in his 18th UFC appearance and his second win in six years. It was potentially Condit’s last ever UFC fight with it being his last in his current contract with the company, whilst Brown was hoping to bounce back from a loss to Miguel Baeza last summer.

Brown dictated the pattern of the fight in round one to begin with when he attempted a takedown that was executed and had Condit in full guard. He was initially in a body lock and in full control, before attempting ground a pound which his opponent successfully defended. Condit eventually managed to reverse control on the ground, displaying his impressive wrestling with seconds to go in the round and the contest well in the balance.

Round two started on the feet where Brown executed a strong elbow strike that took Condit a few seconds to recover from. The 36 year old answered back with a strong body strike combination, resulting in a sensational takedown that caught Brown by surprise. From this moment, Condit fought with some elbow strikes and started to fatigue his opponent on the ground.

The final round saw a smart level change from Brown to swoop underneath Condit that took the fight to the ground once again. However, Condit was able to move into back mount and stop Brown’s movement. Just before the contest was up, Condit was able to get up and swivel to get another takedown and earn the win on points. A great performance from two veterans of the game at the tail end of their careers.

Rest of the Card 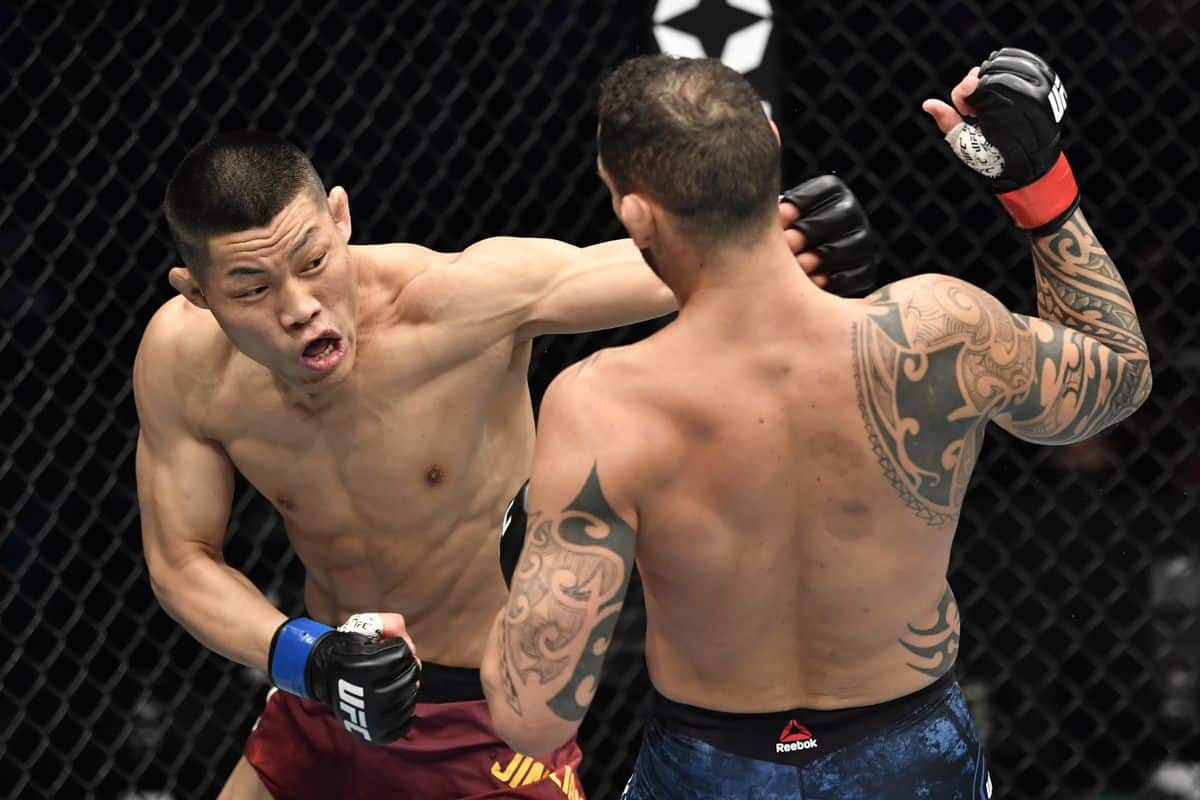 Li Jingliang beat Santiago Ponzinibbio via KO in the first round to secure a quick victory after defeat to Neil Magny back in March of last year. It was a vicious combination by the fighter out of China who clipped Ponzinibbio with a right hand before he got decked with a huge left hook that knocked the Argentinian out cold.

Both fighters were throwing faints and were quite passive to begin the round, but Jingliang exploded with a strike that earned him joint ‘Performance of the Night’ and straight back to the win column. Ponzinibbio ends his seven fight win streak, although it was his first fight for over two years due to health issues. 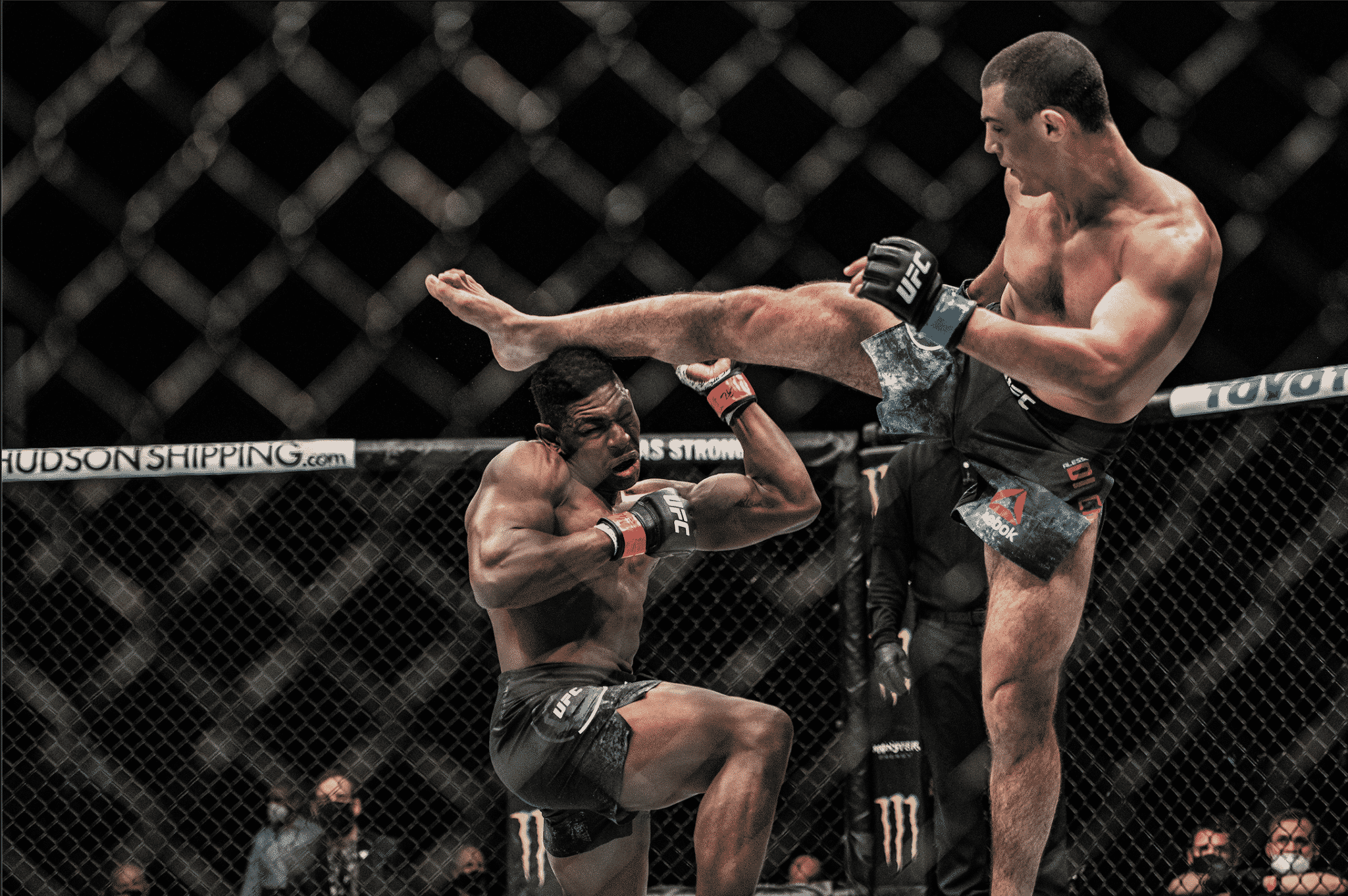 We saw another crazy KO during the night when Alessio Di Chirico defeated Joaquin Buckley via a head kick in the first round to end a three-fight losing streak for the Italian Middleweight. It was an underdog victory for the 31-year-old after a successful and highlight year that 2020 was for Buckley, and it earned the winner the second ‘Performance of the Night’ award.

Buckley level changed almost halfway through the round when Di Chirico clipped and dropped him with his right leg, before his ground and pound were brought to a stop by the referee when Buckley lost conscious. Di Chirico looked emotional after the bout with the odds well against him as he looks to become a ranked fighter in his division this year along with his fellow Italian Marvin Vettori.

The main card wasn’t short of first-round finishes as Punahele Soriano beat Dusko Todorovic via TKO just 12 seconds before the round was up. A series of punches caught Todorovic several times straight to the head that dropped the Serbian and forced the contest to be over. Both fighters were undefeated coming into the bout, aged 26 and 27 respectively, and are set to be future challengers up the ranks in the Middleweight division in the coming years.

Meanwhile, in the prelims, Joselyne Edwards defeated Wu Yanan on her UFC debut via unanimous decision (30-27×2, 29-28) with a tremendous showing of jiu-jitsu skills throughout the 15 minutes of action. Edwards was close to submitting Yanan in an armbar in the first round but was unable to lock it in, whilst showing her range of striking against the Chinese youngster. An impressive debut for Edwards with hopefully more to come from the 25-year-old out of Panama in 2021. 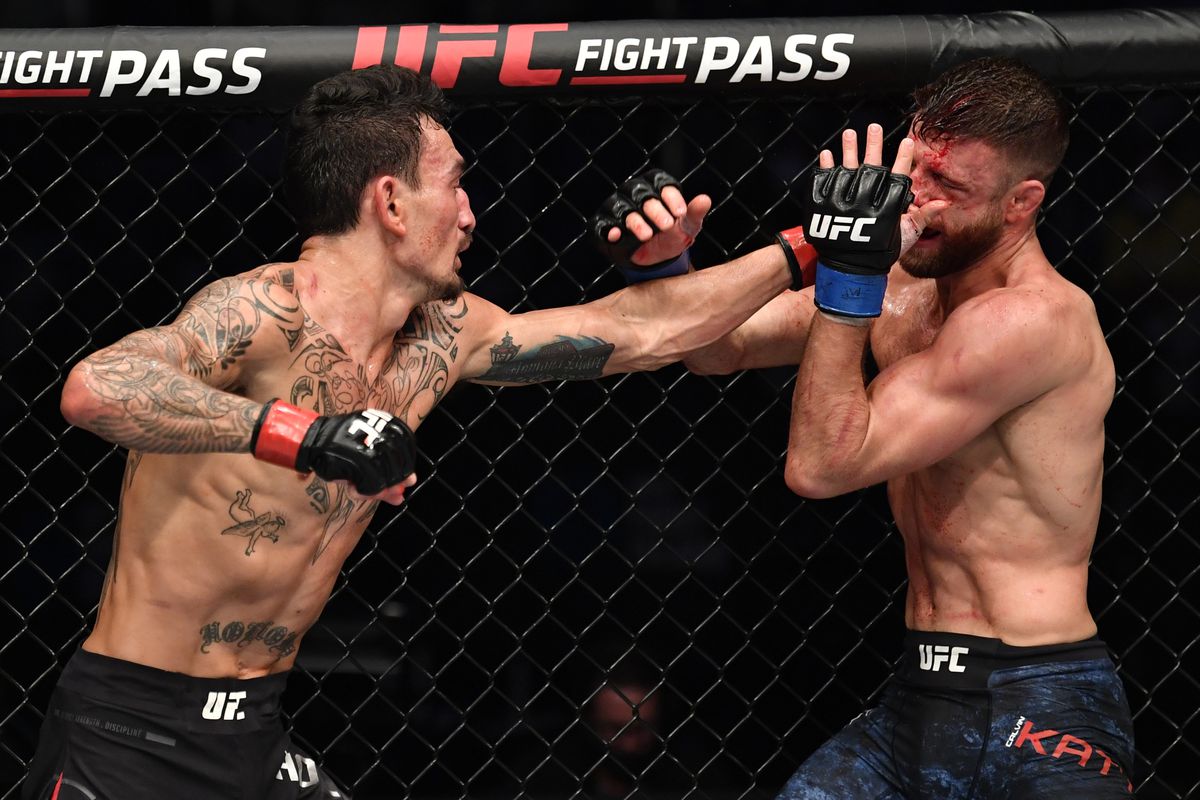