Skip to content
You are here
Home > US Sports > MMA > UFC on Fox 31: Lee vs Iaquinta 2 highlights and quick results 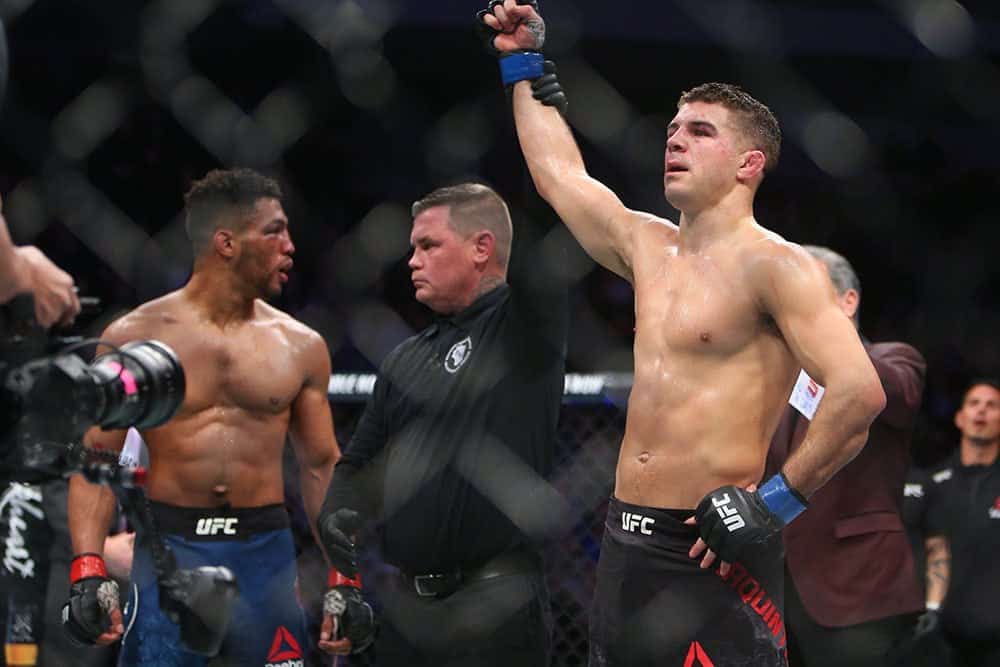 UFC on Fox 31: Iaquinta vs Lee 2 closed out a seven year long TV deal and it could not have been a better show.

Booby Green’s fights have a history of being controversial and this battle did not stray from convention.

Bobby Green has an unusual style to say the least. To the longtime MMA fan he is doing it right, slipping and countering, often moving backwards.

Unfortunately he does not check leg kicks and Drakkar Klose used them liberally and Bobby went with them as he always does.

Green & Klose are battling for this win at #UFCMilwaukee pic.twitter.com/JbTZ2tzlFe

Green slipped and countered beautifully bit it was not enough. This fight will always be a topic of contention in the MMA community and should be viewed again.

The co-main event of the night had fans excited as it was believed to hold potential for the most violent fight of the night. It was just that.

This writer believes that Edson Barboza has the best kicks in the sport, the second being Jose Aldo, and he used them this weekend to clatter Hooker. When he was not unleashing kicks he was blurring the body with hooks.

To Dan Hooker’s credit he is as tough as they come which had fans and commentator Daniel Cormier in fits of nerves as he received shot after shot.

Hooker stood almost completely still in the second round as Barboza had destroyed his leg with kicks. It seemed that Hooker was within seconds of receiving a highlight reel wheel kick but he avoided it well.

Al Iaquinta put on the performance of a career this Saturday with a win over long time rival Kevin Lee. He moved well throughout, avoiding the power of his opponent while giving off creative offence. When Lee denied Iaquinta the takedown he would level change into spinning elbows and hard right hands. He even hurt Lee with a head kick at one point in the fight.

Lee had some success in the grappling exchanges, taking Al’s back throughout tow rounds but in the end Al Iaquinta left the Octagon in victory.

The show has since closed out and it was a night to be remembered for the final show of UFC on Fox as battle after battle took place inside the Octagon. There are so many moments from this card, Olivera choking Miller, the battle between Silva and Gordon, and the dominant performance of Jack Hermansson to discuss but they will have to be revisited at a later time.

7 years of champions being crowned, and history being made. @UFC, Thank you from the all of us at FOX! pic.twitter.com/IjvfGUGG1O

has published a new mt_pp."Adeeb Asad"
23 minutes ago

has published a new post."When Genius Met Stupidity"
57 minutes ago