Jared Cannonier and Sean Strickland each have their sites set on earning a shot at the UFC Middleweight Championship belt. With that in mind, they entered their Saturday evening matchup with the intent of making their case in front of the world at the last UFC event of the year. Each man put forth a valiant effort, but in the end only one man could be declared the winner. There’s a lot to unpack here; without further ado, let’s get into it!

Early in round one, Jared Cannonier and Sean Strickland began their main event bout by throwing jabs in an attempt to connect and make an impression. Neither man experienced a high level of success, so Cannonier decided to shake things up by unleashing a kick in an attempt to attack Strickland’s midsection. Strickland was able to catch Cannonier’s leg in mid-air and drive him to the mat, scoring the first takedown of the fight. It was the most emphatic moment of an otherwise uneventful round.

In round two, both men became more active and relied heavily on strikes as opposed to kicks or grappling. The most impactful strike came courtesy of an overhand right delivered by Cannonier that landed with an audible thud just before the final bell of the round. In round three, Cannonier began landing a nice left jab, right hook combo that did visible damage to Strickland’s face. He also found success by increasing his forward pressure and forcing Strickland to fight off of his back leg.

Strickland increased his activity in round four and found success with jabs in the final minute of the period. Round five was an all out brawl, with both men forsaking defense in favor of seeking scoring opportunities. Out of all the rounds, the final period was the most difficult to score with both men laying it all on the line. At the end of the fight, Jared Cannonier was declared the winner via split decision.

Strickland was visibly upset by the decision but I do not think he was robbed. Honestly, this was a close fight and I would be comfortable with either man being declared the winner. I believe Strickland lost this fight due to his relative inactivity in rounds two and three. The other three rounds were very close but when there are two rounds that clearly go in one fighter’s direction, it is difficult to overcome.

While I don’t want to be overly critical of the judges, I must say that two of the scorecards were questionable. One judge had Cannonier winning three out of five rounds for a 48 to 47 victory. However, another judge granted him a 49 to 46 victory and the other granted Strickland a 49 to 46 victory. If either of these fighters was granted a three rounds to two advantage, I could live with that; but the fact that a judge gave Cannonier four out of five rounds and another gave Strickland four out of five rounds calls into question what fight they were viewing. This was a close fight and neither man should have lost by that wide of a margin on any official scorecard.

This was a dominant performance by Arman Tsarukyan. He was able to score takedowns in all three rounds and nearly submitted Ismagulov in rounds two and three. When Tsarukyan’s unanimous decision victory was announced, Ismagulov was visibly upset and stormed out of the octagon. Tsarukyan called his name a couple of times to talk to him but Ismagulov would not turn around.

This heated exchange stems from the fact that both men are highly ranked and have even sparred against one another in the past. They were each having trouble landing a fight, so they decided to fight one another. Ismagulov is a good striker but is not a great grappler. Tsarukyan knew that from their time sparring together and exploited that information to his advantage during this fight. The lightweight division is highly competitive and Tsarukyan could not take chances by allowing Ismagulov to feel comfortable. Their friendship is probably over after this fight, but the highly competitive nature of mixed martial arts does not permit one to value friendship over business.

Flyweight prospects Amir Albazi and Alessandro Costa were relatively inactive in the first round of their bout. Albazi attempted a takedown that resulted in the two men grappling along the side of the cage, but he was ultimately unsuccessful in taking Costa to the mat. However, he was able to successfully execute the maneuver at the beginning of round two and dominate the period through a large amount of ground control time.

After scoring another takedown in round three, Albazi was unable to repeat the ground control he enjoyed in the previous period. However, after Costa worked back to his feet, Albazi unleashed a viscous uppercut that knocked him out on impact. Referee Keith Peterson immediately stopped the fight. It was an emphatic third round knockout victory for Albazi!

Featherweight veteran Alex Caceres made quick work of Julian Erosa. Early in round one, he threw a left jab that missed but caused Erosa to lean to his right. Caceres then capitalized on the moment and unleashed a left kick that landed on the side of Erosa’s head, knocking him out on impact. Referee Herb Dean call an immediate stop to the fight. Alex Caceres is a battle tested veteran and his octagon savvy shown brightly with this well executed maneuver!

In the first round of their lightweight bout, Bobby Green displayed superior quickness to Drew Dober, landing striking combinations at will and even fighting with his hands down. However, Dober displayed incredible toughness and refused to quit. He landed a beautiful spinning backfist at the beginning of round two and followed that up with an emphatic left hook that landed directly on Green’s jaw. Green crumpled to the mat, dazed and unable to continue. It was a dramatic come-from-behind victory for Drew Dober!

ALSO READ:  Magomed Ankalaev is robbed of a decision at UFC 282!

Middleweight challenger Cody Brundage executed a takedown against Michal Oleksiejczuk from the opening moments of their bout. However, Oleksiejczuk exhibited superior grappling skills and was able to break free and establish dominant position. He then proceeded to pummel Brundage with a ground and pound attack that knocked him out cold and caused the fight to be stopped. Oleksiejczuk made the most of his last opportunity of 2022 with an impressive first round knockout victory!

Jared Cannonier stated in his post-fight interview that he would like a shot at reigning champion Alex Pereira as soon as possible. While he and Strickland put on an impressive fight, neither man looks capable of dethroning Pereira. Pereira’s power is immense and his ability to end a fight with one flurry makes him dangerous. Cannonier is an elite middleweight but Pereira and Adesanya appear to be in a class by themselves at the present time.

The UFC returns on January 14th of 2023 with another edition of Fight Night from The Apex Center in Las Vegas. The main event of the evening will feature middleweight Nassourdine Imavov versus highly respected veteran Kelvin Gastelum. As always, we’ll have all the latest updates about the outcomes of the fights, as well as in depth analysis available right here at World in Sport! 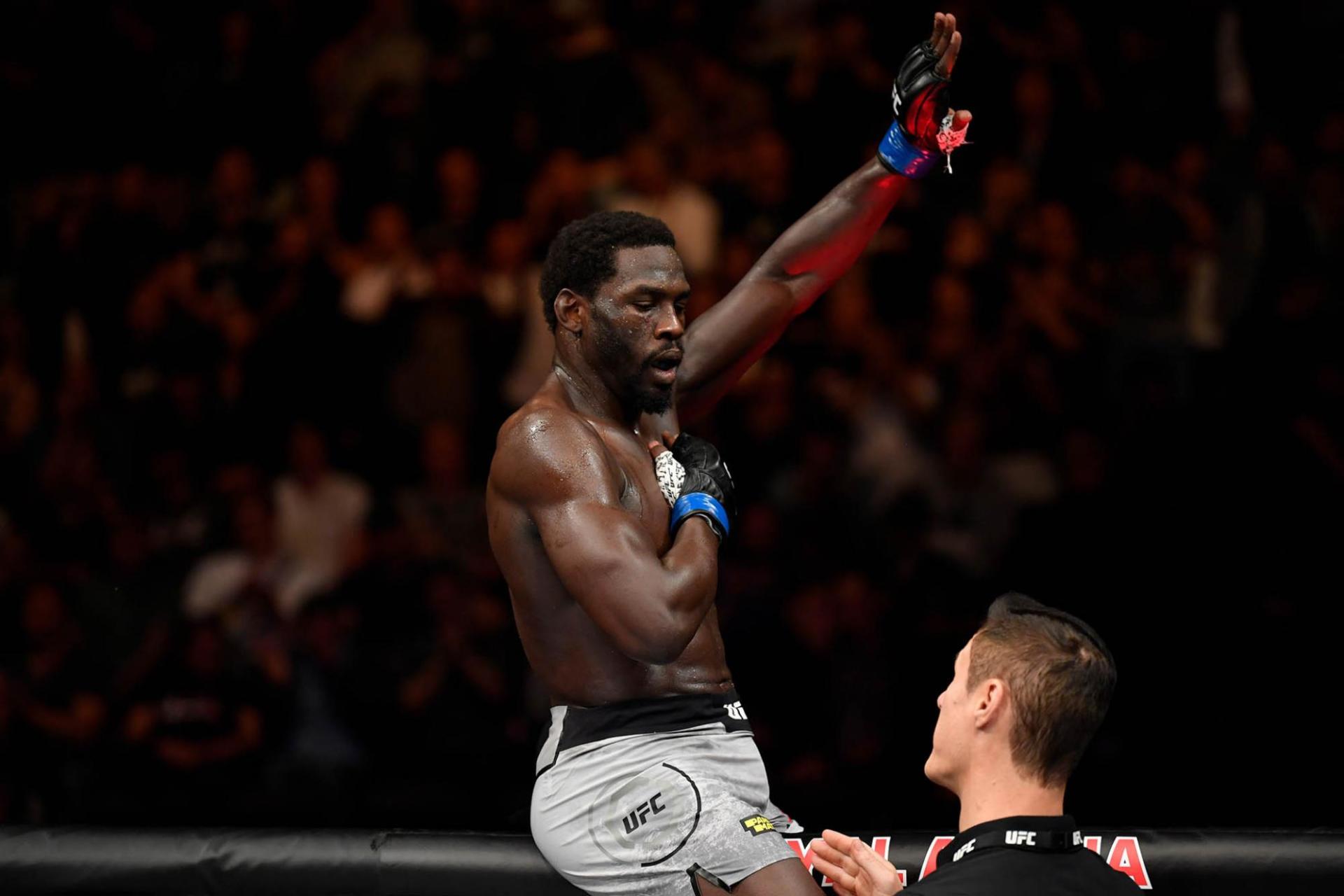