As the news finally broke on Van Dijk’s injury, one could almost sense a collective sigh of despair from the Liverpool fans. Their worst fears were confirmed as official word from the player arrived on social media. After undergoing further scans, the Dutch defender stated the following,

“I’m now fully focused on my recovery and will do everything I can to be back as quickly as possible. Despite the obvious disappointment, I’m a firm believer that within difficulty lies opportunity and with God’s help, I’m going to make sure I return better, fitter and stronger than ever before.

In football, as in life, I believe everything happens for a reason and it’s important to try and keep level-headed whether going through the highs or the lows. With the support of my wife, kids, family, and everyone at Liverpool, I’m ready for the challenge ahead.”

The defender thanked the fans and his teammates for their messages of support and one hopes that he will be back soon. It was confirmed that the defender had ruptured his ACL and at this moment and time, there is no exact date of return.

While the message from the defender was in line with his no-nonsense approach towards how he plays the game. This feels like a season-changing injury for Jurgen Klopp and his men.

Deprived of one of the pillars of success, it will be interesting to see how Klopp’s handles this setback. Any of the younger defenders in the ranks will have a tough time stepping into the boots of the Dutchman. With Lovren, being sold in the summer, the only realistic options that the German has at his disposal are Gomez and Matip, alongside Fabinho who has filled in at center-back at times.

There was already rage at the manner in which the entire incident had been handled as Pickford, escaped any further consequence. Liverpool may take off-field actions and demand an explanation from the refereeing body, but the bottom line is that it won’t hasten the Dutchman’s return. The importance of the Dutch defender is not lost in Liverpool. With Van Dijk in the side, Liverpool is a unit that can take risks and be a little less clinical.

The stats are there for everyone to see. Before his arrival, the Reds had accumulated only 29 clean sheets in as many games. Instead, Van Dijk’s 95 starts in the Premier League have yielded 44 clean sheets. More than that, the calmness, organization, and the composure to take the sting out of opponent attacks are some of the qualities that he brings to this Reds side.

The above statistics also highlight his aerial dominance and the ability to win one on one duel without batting an eyelid. In fact, since his presence in the Premier League, he has 61 clean sheets to his name and one would be hard-pressed to find a more complete defender in these days.

Klopp’s teams are generally associated with thrilling end to end stuff, chaotic and a whole lot of fun. With Van Dijk in the side, the German has his own conductor on the pitch to calm things down and soothe the nerves, when things get a bit too frenzied.

The Reds face a testing run of fixtures between now and November, where they will be playing in the Premier League and the UEFA Champions League. Even the home game against Midtjylland, who were the Danish Superliga winners last season, now seems a daunting task.

Additionally, Alisson is also injured, which kind of represents a double whammy. The absence of two influential players from defence may even see a formation change. And it won’t be surprising if Liverpool adopts a 3-4-3 formation. A lot of managers have adopted this formation to shore up leaky defences. Antonio Conte, went on to win the Premier League basis this formation. Similarly, Arteta used this formation recently to eke out wins over much stronger opponents as recently as the FA Cup Final.

One can see, Fabinho dropping back into the back three aided by the natural center-backs Matip and Gomez. Fabinho can provide the solution to distribution and at the same time prevent the Reds from being too open at the back. His ability to win aerial duels should also be a handy asset alongside his ability to strong-arm physical attackers. The Brazilian also reads the game well and his interception skills can also be called upon, in the centre of defence.

The midfield would comprise of the wing-backs, Trent Alexander Arnold and Andy Robertson, who can be held back against stronger opponents to offer more protection. Similarly, Henderson, Keita, Wijnaldum, and Alcantara (whichever three) do start, they can carry on their box to box runs and provide defensive solidarity when required. All of them have the ability to manage the tempo of the game as well.

Alcantara with his passing ability can even sit deep and ping passes or play more upfield to link up with the forwards and bypass the battles in the centre of the pitch. Most importantly this formation, won’t stymie the fabled front three of Mane, Firminho, and Salah. The high press should be retained but playing with a high line may have to be abandoned in the immediate future.

This though should be temporary till the team adapts and readjusts to this formation. The fullbacks were more restrained if one were to compare their performances last season against the barometer of the season before. By playing three at the back, Klopp can embrace the theory of attack is the best form of defence. It will also allow his wing-backs the freedom to run into space.

No doubt, the German is already planning and plotting with Ajax, being their next opponents. Injuries are a leveller at times; Manchester City lost Ayermic Laporte for a major part last season, which faltered their own title defence. That combined with Liverpool’s fast start cemented the Reds title.

The Reds finally finished 18 points above their closest opponents last season. Currently, they are only 3 points behind the league leaders, Everton. This time though it will be a much tougher run if the Reds are to retain the Premier League and the Van Dijk injury now ensures the need for Klopp to reinvent his strategy. 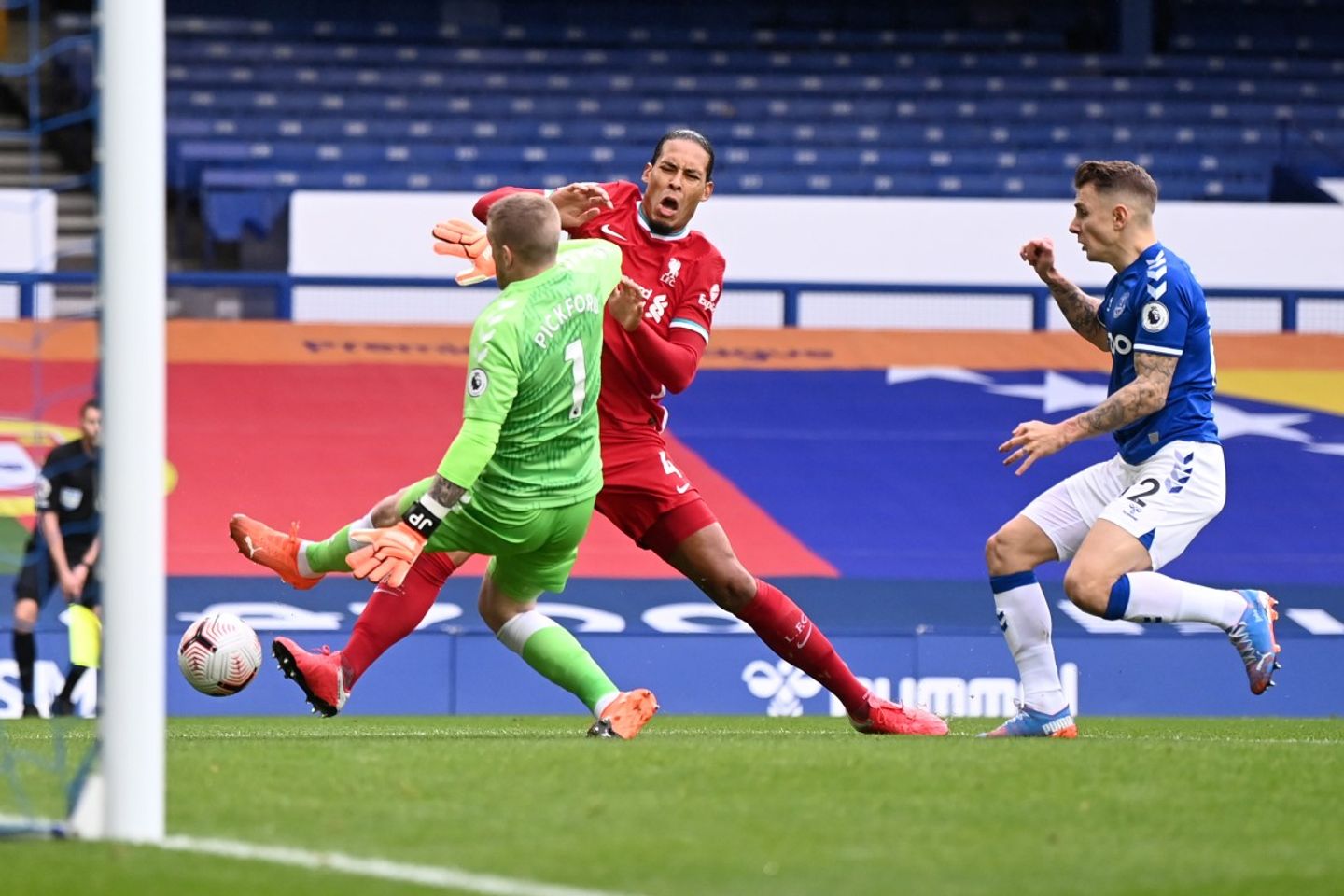