After months of endless mock drafts and speculation, the NFL draft took place over the past three days, providing promise and hope to sports fans across the world. For the first time, the draft was conducted virtually with the commissioner of the NFL Roger Goddell, along with all thirty-two general managers and personnel departments forced to make their selections from the comfort of their own homes due to the ongoing COVID-19 pandemic. The event was a booming success, with over fifteen million people tuning in for the opening round on Thursday night, almost the amount of viewers who tuned in for actual NFL games last season. The top of the draft posed no surprises as star quarterback, and Heisman Trophy winner Joe Burrow was the first selection by the Cincinnati Bengals. Burrow had a record season that saw him lead his LSU Tigers to an undefeated record and a national championship while throwing for over 5,500 yards and 60 touchdowns. Ohio State star pash rusher Chase Young heard his name called next by the Washington Redskins, adding to a standout defensive line in Washington that features Jonathan Allen, Daron Payne, and veteran Ryan Kerrigan. Seen as many as a real franchise defensive player and pass rusher, Young has drawn comparisons to players such as Julius Peppers, Myles Garrett, and Khalil Mack due to his speed and deadly pass-rushing moves off the edge.

The Miami Dolphins might have been the biggest winners on Thursday night as they selected Alabama star quarterback Tua Tagovailoa. After months of speculation, due to a wide variety of injury concerns that saw many teams remove the quarterback from their draft boards, Tua found his home in South Beach ending the speculation. The most surprising selection of round one came from the Green Bay Packers, who traded up from choice 30 in the draft to pick 27 after a trade with the Miami Dolphins. The Packers selected quarterback Jordan Love from Utah State, shocking the world as they appear to have put a timeline on their star quarterback Aaron Rodgers who turns 37 next December. Love looked like a future NFL star during the 2018 season at Utah State, throwing for over 3,500 yards along with 30 touchdowns to only six interceptions. However, this success did not carry on to the 2019 season as Love regressed significantly in most major passing categories with an alarming 17 interceptions thrown over the season. This selection has caused outrage among Packer fans everywhere after they saw their team get embarrassed in the NFC championship game at the hands of the San Fransisco 49ers last season and were clamouring for a WR in round 1.

My Other Winners From the First Round of the Draft

Man do the rich get richer; it’s funny how that works. On a night where he told his scouting staff to beat it and leave him alone, Cowboys owner Jerry Jones sat on his million-dollar yacht and watched Oklahoma WR Cedee Lamb fall in his lap at pick number 17 in the draft. Lamb was the number one receiver on many draft boards and has drawn comparisons to longtime Texans and current Cardinals WR Deandre Hopkins for his strong hands and run after the catch abilities. Adding to a wide receiver room that already features Amari Cooper and Michael Gallup is a strong start to a Dallas offense that looks poised to help the Cowboys return to the playoffs.

In what seems like a yearly occurence, the Baltimore Ravens were once again big winners on night one of the draft. The ravens stood pat at pick number 28 and took standout LSU linebacker Patrick Queen. Queen was labelled as one of the top defensive prospects in the draft for his speed, physicality, and is a home run selection for head coach John Harbaugh and General Manager Eric Decosta after the playoff disappointment they underwent last season at the hands of the Tennessee Titans.

The 49ers took defensive lineman Javon Kinlaw from South Carolina at pick number 13 in the draft thanks to a trade with the Indianapolis Colts earlier in the offseason, which saw them ship out defensive tackle Deforest Buckner. Kinlaw has tremendous upside thanks to his size, length, and power that allowed him to wreak havoc on SEC quarterbacks last season. Adding to a defensive line that featured four players with over six sacks last season led by rookie of the year Nick Bosa, the Niners d line looks primed and ready to dominate the NFC again next season. The 49ers were not done on night one as they had one more selection in the draft, taking Arizona State WR Brandon Ayiuk. Ayiuk posted career highs during the 2019 season for the Sun Devils, grabbing 65 balls for 1192 yards and eight touchdowns last season. He is a monster after the catch and fits the mold of receiver that head coach Kyle Shanahan likes to use in his offenses and will be a strong complement opposite of Deebo Samuel next season.

On a night that provides hope for teams, fans, and players all across the country, the NFL draft is like no other. In a year where sports is needed more than any other and togetherness could not be more important, the draft delivered what sports fans across the country required. Many teams look ready to take the leap next season, which adds even more excitement to a season that can’t seem to come quick enough. 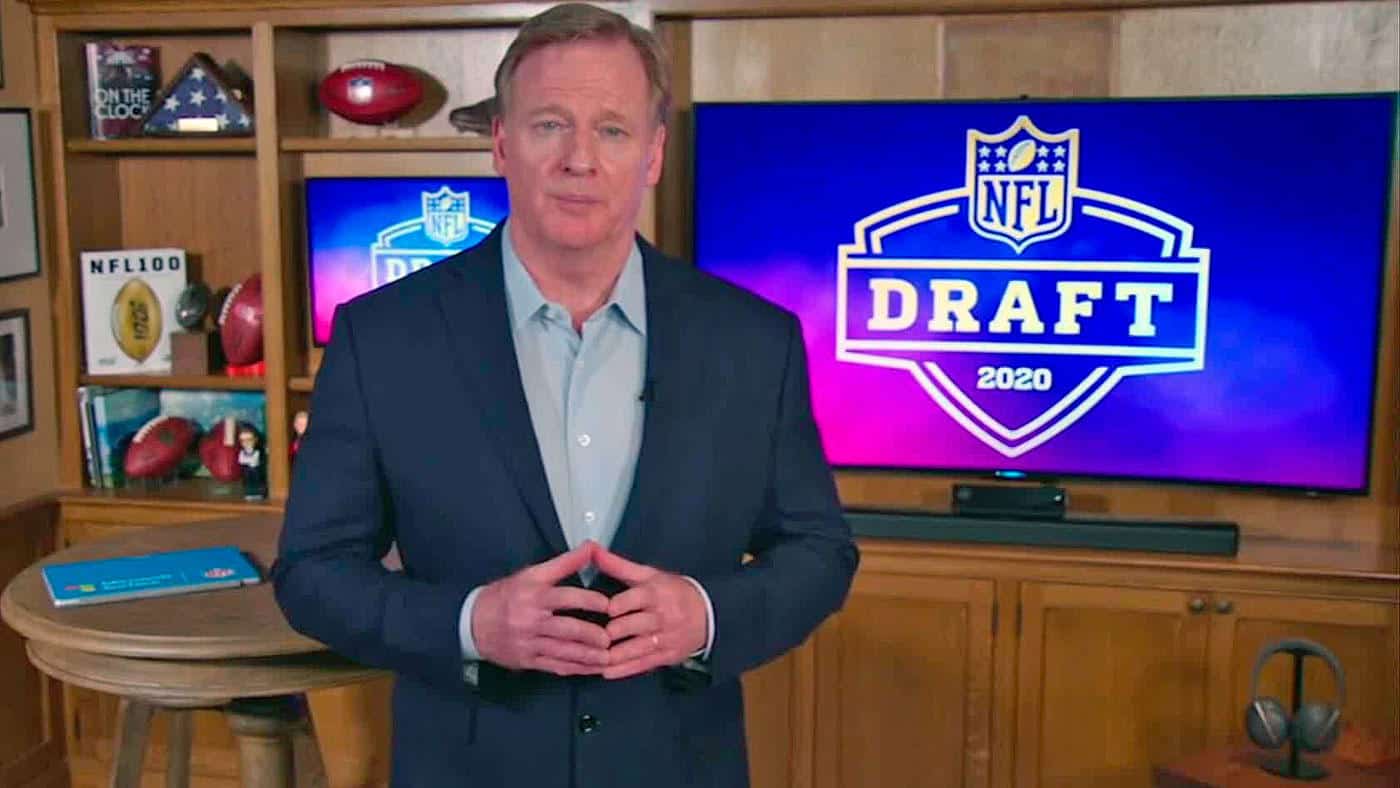