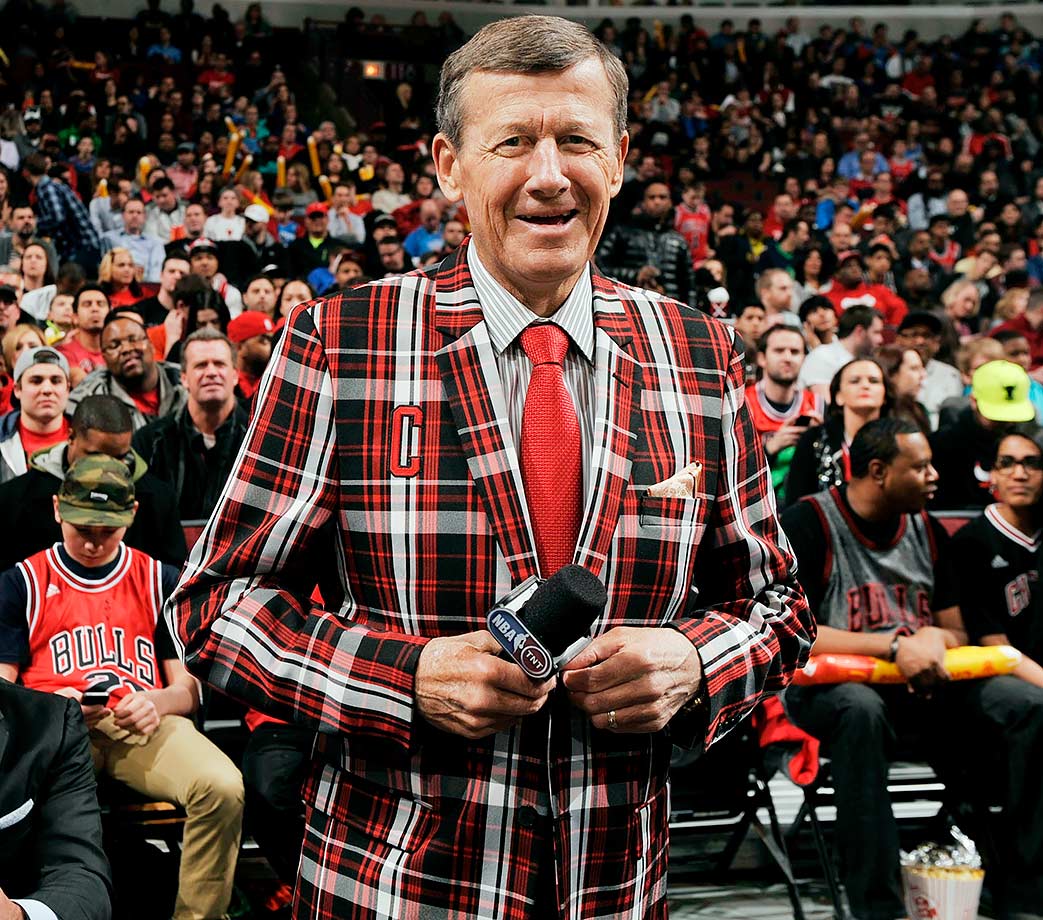 Sitting in my room watching ESPN on a freezing Thursday night in Massachusetts, I couldn’t help but notice the breaking news bar popping out at the bottom of the television screen.  The ticker read, “legendary TNT sideline reporter Craig Sager dies at the age of 65.”

Normally breaking news usually don’t catch my eye unless it has something to do with a huge sports star leaving a team, or if something occurs with some of my favorite teams.  However, this occurrence was much different.  I’ve grown up loving the NBA as well as watching a lot of the TNT Tuesday night and Thursday night games.  For that reason, seeing the colorful reporter Sager leaving the world was something that I had to take in.

Sager, who has been fighting acute myeloid leukemia since 2014, was one of the most well known sideline reporters in NBA history.  His outgoing personality, fashionable clothing style, and positive outlook on life is something that will be dearly missed.  What made him so special was the fact that everyone loved him.  Coaches, players, and fans all respected his tenacity for the game of basketball.

It was especially tough to witness Sager fighting this battle without being on the court.  Once he was diagnosed back in 2014, he was really on and off when it came to getting to every game.  His strong work ethic, and love for his job is what continued to motivate him for the past two or three years.

It is important to note that just this past July, Sager was given the Jimmy Valvano perseverance award at the ESPYs.  Much like Stuart Scott, Sager would die a little after receiving this award.

Watching the countless interviews with every huge athlete and coach, especially Greg Popovic, will bring tears to some people’s eyes.  He is arguably one of the most respected sports reporters of all time.  He was one of the nicest guys to talk to according to many of the players as well.

I remember watching the ESPYs back in July and seeing what he had to go through.  What stood out to me was, the motivation.  He loved his job so much that he would leave the hospital and try to make it to every game possible.  He is one of those people that kids can look up to when it comes to persevering through tough times, and continuing to follow your dreams.

I felt like that it was important to put out this little momentum for Craig Sager.  He was such an iconic figure in sports history, and it would have been a crime not to talk about him.  One thing’s for sure, tonight’s Tuesday games on TNT will have a more different and depressing feeling.  Something will feel empty.  Craig will be remembered for years to come.  And hopefully other people will remember him as well.

I'm a movie lover, and a longtime sports fanatic. I love to talk and write about anything sports.
0