DK Metcalf dominated throughout this game as he caught a career-high 177 yards on ten receptions. Metcalf was Russell Wilson’s clear favorite, as he went to him every time the offense needs a big play, targeting him with thirteen passes. All total, Wilson threw for a modest 230 yards and a touchdown.

The Seahawks running game was given more than enough chances to impact this contest but was only able to manage 76 yards on 30 carries. Chris Carson paced the unit with 41 yards and a touchdown, giving Seattle a 14-0 lead late in the first half

The defense was ready to play for the Seahawks, as they swarmed the line all day. Six quarterback sacks, another six tackles for a loss, five defended passes and an interception were among the Hawks big plays. The Seattle D has really tightened up since the return of Jamal Adams and addition of Carlos Dunlap.

Philadelphia’s defense was strong in this loss, limiting that high profile Seattle passing attack to just 230 and 23 total points. They were hounding Wilson and the Hawks backfield all game as they tallied two quarterback sacks and nine tackles for loss. If it were not for Derek Barnett and the Eagles defensive line stopping the Seattle offense on a couple of early fourth downs, this game would have been completely out of control by halftime.

The contest was really over by five minutes into the fourth quarter. The previous two Seahawks drives had both ended in field goals with Seattle taking eight minutes off the clock. The Eagles were down 20-9 and were desperately trying to make something happen on offense. On this drive, they almost made it to midfield before a Quandre Diggs intercepted Carson Wentz to deflate Philly.

The Eagles did make the score look much closer than it actually was, as Richard Rogers made a beautiful play on a garbage time hail mary from Wentz.

The Seahawks grinded out a 23-17 victory over the Eagles

Yes, that’s right, Wednesday afternoon football. The true story about this game was the drama leading up to it. The story began last Monday as a pair of Ravens tested positive for COVID-19. Then on Tuesday a few more. As a matter of a fact, they had at least one person placed on the COVID-19/Reserve nine consecutive days. All total, 23 Ravens tested positive for the virus.

It wasn’t just them, however, eight Steelers also fell victim the same week. This game was originally supposed to be part of the Thanksgiving Day plate but got postponed to Sunday, then Tuesday and finally settled in on Wednesday afternoon.

For a hilarious side note, the reason it was during the afternoon and not the night was because of a scheduling conflict with the Rockefeller Center Tree Lighting.

The Ravens entered this game absolutely depleted, as many high profile players missed for both teams. Some of the larger names included: MVP Lamar Jackson, Calias Campbell, Mark Ingram and JK Dobbins for the Ravens, and James Connor and Stephon Tuitt for the Steelers.

Ben Roethlisberger threw for 266 yards, one touchdown and an interception to keep the Steelers undefeated versus the COVID depleted Ravens. Big Ben spread the ball around to eight different receivers, including at least six receptions to four different targets. Juju Smith-Schuster had the best game of the Steelers weapons as he hauled in eight passes for 37 yards and the game securing touchdown.

Benny Snell led all Pittsburgh running backs with 93 all-purpose yards. The unit struggled as a whole, however, as it only produced 68 yards on the ground.

On the defensive end, the Steelers were way too much for the Ravens without their MVP quarterback. TJ Watt and Bud Dupree combined for two sacks and five tackles for loss as they dominated the backups. The Pitt defense totaled eight tackles for loss, three sacks, three defended passes and two turnovers.

Sadly, Pittsburgh lost Dupree in the second half, to what is believed to be an ACL tear. They are waiting on the MRI before declaring his season over.

The Ravens defense was strong in defeat, limiting the Steelers to just 19 points. In addition to that, Baltimore turned them over twice, defended seven passes and added two tackles for loss. It was all for nought, however, as they allowed Pittsburgh to score the eventual game-winning touchdown early in the fourth quarter.

Baltimore was able to tack on a late touchdown and cut the lead to one score. Then, they sent the ball back to Pittsburgh.

The Steelers ran out the clock and defeated the under-staffed Ravens, 19-14, remaining undefeated 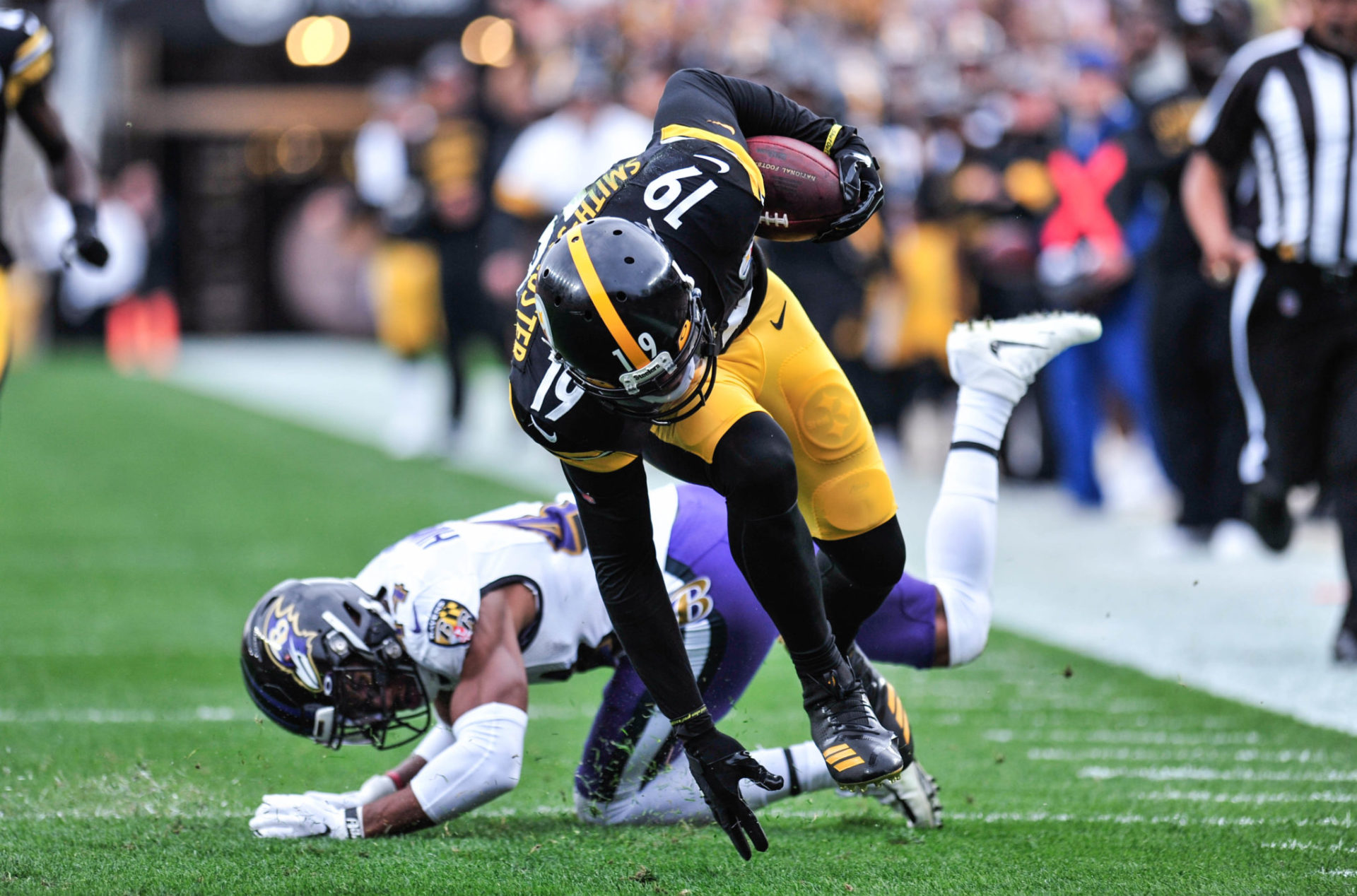