Recent reports say that Helmut Marko is not happy with the performances of Sergio Perez and is seeking other alternatives already.

The Mexican has driven only 11 races in the Red Bull in which he has got 2 podiums in so far, one of those podiums being his second win in Formula 1, which was scored in Azerbaijan after his teammate Max Verstappen had his tyre drama and Lewis Hamilton had his ‘brake magic’ issue. His second podium was in France where he came 3rd Place and Max came 1st after Red Bull’s masterstroke of a strategy and teamwork between the two drivers.

The two main questions to consider is that has Perez done enough to retain his seat? And if Perez were to be replaced who would be taking that seat? Let’s go through the options and see!

Has Sergio Perez Deserved To Retain His Seat?

Red Bull in recent years have constantly been changing drivers in order to find the ‘perfect duo’, they had managed to find that pairing in Max Verstappen and Daniel Ricciardo. However, Daniel decided in 2019 to leave Red Bull for Renault meaning that Helmut was left with a seat and a driver had to fill it.

Since Ricciardo’s departure, they had tried out Pierre Gasly, Alex Albon and Sergio Perez. In which they have all been seen as unsuccessful and not providing enough for the team by Helmut Marko.

Pierre Gasly’s time at Red Bull was fairly short, he had only managed 12 Races in the Red Bull in the 2019 season before being replaced by Alex Albon. Pierre in his first 12 races did not score a podium and his best finish being 4th at Silverstone. He scored a total of 63 points before Helmut had enough and they tried out Alex Albon for the remainder of the season.

As for Alex, he was given a lot more time in the Red Bull seat in comparison to Gasly. He had the remaining of the 2019 season and the entire of the 2020 season to prove his worth to the team. In the 2019 season, he competed in 9 races in which he scored a total of 76 points, already he was showing that he had some talent and Red Bull should consider him as a permanent driver, which they did.

However, in the following season, Alex Albon’s performance was underwhelming. Throughout the entire season, Alex had only managed to score 2 podiums while his teammate scored 11 podiums and 2 race wins. Red Bull was quite frankly disappointed with Alex and signed Sergio Perez as he parted ways with Racing Point, now labelled as Aston Martin, Perez had been replaced by Sebastian Vettel which had left him with no seat. The only seat that was available was Red Bull, and so going by his performances in the season Helmut gave him the chance.

Sergio Perez so far this season has got 2 podiums, meaning that he has already matched Albon’s podium count. Alex scored 105 points in the 2020 season in 17 races, and Perez has scored 104 points in 11 races so far this season. So in comparison, Perez is performing much better than Albon and Gasly did at their times at the team.

Meaning that if you go by the stats it would be a bit radical of Helmut to already write Sergio off and start looking for alternatives. The Mexican’s contract runs out at the end of the season so Red Bull will make the decision if they want to keep him or not. Perez’s seat could be decided by his performance in the second half of the season.

If he were to have a good second half and help Red Bull win the constructor championship. Helmut Marko must consider Sergio Perez the perfect teammate for Max Verstappen and a duo that could potentially win more titles in the future.

Who Could Fill The Red Bull Seat?

This season so far has been a crazy season with driver transfer rumours flying around all over the place and could maybe see a big switch up with the F1 driver lineups.

One Red Bull seat is already sorted out with Max Verstappen being at the team at least till 2023, but the main question is who will be beside him?

One rumour that seemed to be lurking around for a while was that Red Bull was interested in George Russell, however, Russell himself at Silverstone confirmed that he would be driving for a car that had a Mercedes Engine, so that rules him out for the Red Bull seat.

As well as Russell it was said that Pierre Gasly could be returning to Red Bull, as his form has improved massively since he was demoted to Alpha Tauri. The only issue with this is that Helmut Marko is not a big fan of Pierre Gasly and has no temptation of bringing him back after his first spell. Unfortunately this meaning the Frenchman is essentially ruled out of the equation unless he would be used as a last resort.

Another driver that Red Bull may consider is Liam Lawson. Liam is currently an F2 driver who is sat in 8th place in the driver’s championship and has been in contention for an F1 seat for a while. Lawson has shown his skill, again and again, every year and is constantly improving his driving in F2.

Red Bull at some point may have to pull the trigger and move him into F1 before another team picks him up and they lose a driver that has an incredible amount of talent.

Apart from those names, Red Bull have kept the entire driver transfer line-up on the low in an attempt to surprise teams in the decision they make for next year. Meaning that it is difficult to say who will drive in the Red Bull seat next season and that all we know is results in the second half of the season will play a big factor in who will be driving.

We will have to just wait and see what Helmut will do, will he make the infamous driver change? Or stick with Sergio? 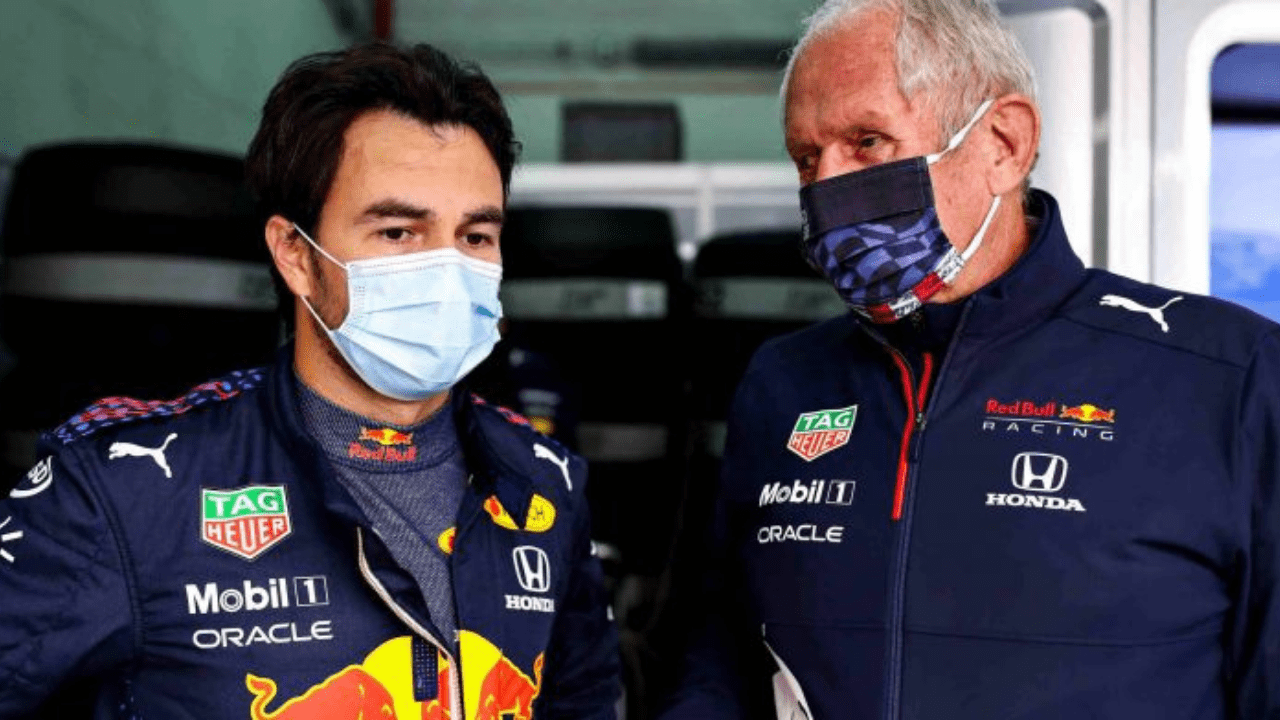